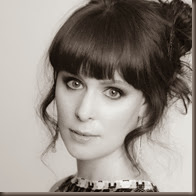 The second book in my Osiris Project trilogy, Cataveiro, moves the action from an ocean city cut off from the rest of the world, to a South American continent which has been radically altered by climate change. I’ve always been drawn by the beauty of the South American landscape, but in writing Cataveiro I also wanted to explore something of the continent’s literary heritage. For inspiration, and in the hope that some of their flair might rub off, I started reading Latin American writers in translation.

The obvious place to start was with magical realism, although I was interested to discover a podcast on Latin American literature debating a move away from the form. I’d previously read Gabriel García Márquez’s One Hundred Years of Solitude, but while I admired the novel greatly, Marquez turned out to be my least favourite of the writers I discovered.

One of the first books I read was by the Chilean writer Roberto Bolaño. Last Evenings On Earth is a darkly satirical collection of stories, and proved a good place to start as an introduction to Bolaño’s work. His prose is effortless, clean as a knife, and stylistically, he seems to get away with things that on paper should never work. I’ve only just got round to the book generally acknowledged as his masterpiece, 2666, but already I’m lost in admiration over the seamless weaving of characters and their internal and external narratives. 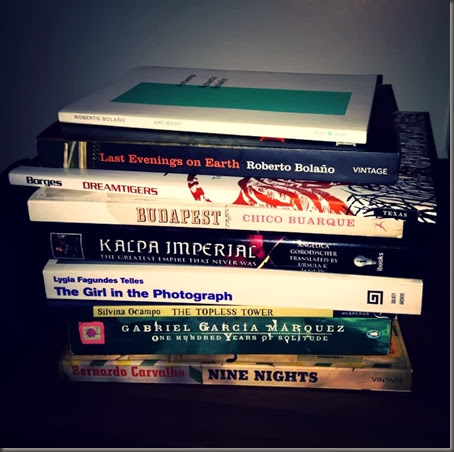 Angelica Gorodischer’s Kalpa Imperial has proved another favourite: a gorgeous work of fantasy which charters ‘The Greatest Empire That Never Was’ in a series of tales delivered through the classic frame of the story-teller. One of my favourite chapters tells the story of one of the empire’s cities, capturing centuries of history in sinuous, evocative prose. In the final chapter, stories offered by the characters during a caravan crossing of the desert are punctuated with gloriously bizarre riffs on everything from the rise of Hollywood studios to the Beatles.

Nine Nights by Bernard Cavalho is part memoir, part imagined history, in which the author becomes obsessed with an American ethnologist who committed suicide in the Amazon jungle in 1939. Dreamy and mysterious, you never quite know where you are with this narrator. Equally tricksy is the protagonist of Chico Buarque’s Budapest, a Brazilian ghost writer who becomes obsessed with the Hungarian language. This is a beautiful poem of a book where the narrative works like a series of mirrors, illuminating and reflecting back on itself.

I dipped into Borges with Dreamtigers – a collection which is half poetry, half reflection – and Silvina Ocampo’s The Topless Tower, a contemporary of Borges and another prolific writer of the fantastic. Lygia Fagundes Telles’s vividly told The Girl in the Photograph deploys a complex, demanding narrative as it follows the intertwining stories of three young women.

This was only a small sample of the writers I would have liked to read, and there are many more whose work wasn’t available in English. I’d love to read Rachel de Queiroz, Alejandra Pizarnik, and Andrea del Fuego, three recommendations whose work I couldn’t find a translation. What other writers in translation (Spanish/Portuguese speaking or otherwise!) would you recommend, and which are on your to-read list?

E. J. Swift is the author of Osiris and Cataveiro, the first two volumes in The Osiris Project trilogy – published in the UK by Del Rey UK, and in the US by Night Shade Books. Her short fiction has been published in Interzone magazine, and appears in anthologies including The Best British Fiction 2013 and Pandemonium: The Lowest Heaven. She is shortlisted for a 2013 BFSA Award in the short fiction category for her story Saga’s Children. 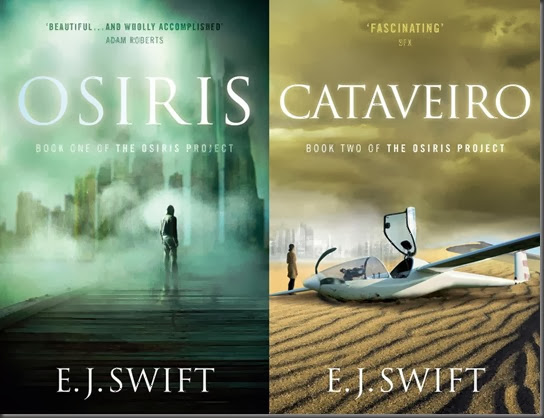