An Interview with DEN PATRICK 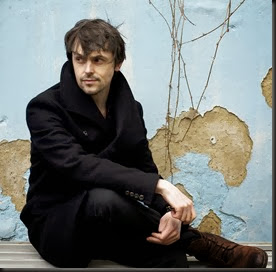 Let’s start with an introduction: Who is Den Patrick?

I’m a thirty-something novelist, originally from Dorset, born to Londoner parents. I’ve been in London for over ten years. I describe myself as all round geek; I like Fantasy, Sci-Fi, table top gaming, RPGs, CCGs and other acronyms that confuse normal folks.

Your debut novel, The Boy With the Porcelain Blade, is due to be published by Gollancz next week (March 20th). How would you introduce the novel to a new reader? Is it the first in a series?

The Boy with the Porcelain Blade is the first book of The Erebus Sequence. It is a Fantasy novel set in a pseudo-Renaissance world full of suspicion, politics and mystery. The novel takes place is the vast sprawling castle of Demesne, in the Kingdom of Landfall. The protagonist, Lucien, is exiled just after he turns eighteen which precipitates a lot of (frequently violent) repercussions. And swearing and sarcasm. 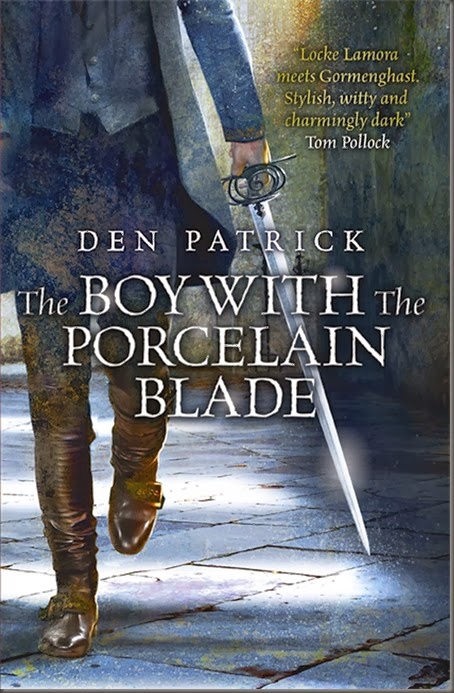 The book was originally called The Boy with the Porcelain Ears. There is a point in the novel where Lucien wears fabricated ears to make up for his own, which he is lacking. It was very much about being self-conscious and different. So much of fiction is based on the outsider. My influences come from anywhere, as much from films as novels, music and television play their part, but also games. There’s also an undercurrent of Horror to Porcelain despite remaining a Fantasy novel.

You’ve also written three War Manuals for classic fantasy races (Dwarves, Elves, and Orcs). How did this project come about? How did writing these differ from writing The Boy With the Porcelain Blade?

I was chatting to Simon Spanton at the Gollancz 50th birthday party a few years back. We got talking about Tolkein, as geeks do after a certain amount of booze. One of us (I can’t remember who) joked that it would be funny if there was a guide to conducting warfare as written by orcs. We met again in a pub not long after and decided we’d try it out. They were a lot of fun to write. The War-Manuals were very much in the vein of an army book, but also provided a chance to poke fun at the pop culture stereotypes of Elves, Dwarves an Orcs. They’re really instructional books, so are very different to a novel and the pacing of a story. 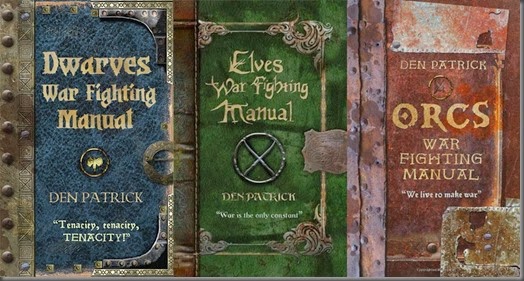 I wasn’t so hot at school at age seven but I found these books called Tim and the Hidden People by Sheila K. McCullagh. I was reading below my age but they really grabbed by attention. They’re set in the modern world but full of ghosts and talking cats and magic. It was the early ’80s at that point, so I’d read anything to do with Star Wars, comics and annuals. Later I’d voraciously read White Dwarf or army codexes cover-to-cover. Later still came James Herbert, Terry Pratchet and David Eddings.

I became a full-time writer by accident, laid off from the bookstore I was working at. Irony alert! I spend a lot of time alone, so I always make the effort to get out of the house in the evenings and see people, lest I become completely unhinged. I am so grateful to be able to do the thing I love full time, but it is a job. Some days I get tired, sometimes things go wrong, sometimes I procrastinate, but not often. I know I have people I can reach out to if I get stuck or worried about anything. My agent Juliet Mushens is great, and so is my publisher.

Is being an author what you expected? Do you have any specific working, writing, researching practices?

Don’t turn on the internet before noon. Once you log into Twitter or Facebook the day just disappears. I write in 500 word bursts, taking a break to make coffee, shower or eat before trying out another 500 words. A lot of time is spent in my pjs. I scribble myself notes on the bus, which isn’t helpful as I have terrible handwriting. I do a lot of thinking while gazing out of bus windows.

I think I was in my mid-twenties when I started writing this awful superhero future noir nonsense. I just wrote it for myself. It wasn’t until my early thirties that I became more serious. I started two other novels before I actually managed to finish one, but the less said about that the better.

Genre is huge, both in terms of what has come before and what is occurring right now. I feel a bit overwhelmed trying to keep up to date with all of it. I’d much rather be writing than wrangling. There’s definitely a feeling the old guard are fighting to stay relevant. There’s a huge amount of sexist bullshit going on, but that’s really just a reflection of what is happening in society. I’d like to see genre be more inclusive and less the domain of straight, white males. We have lots of women editors and agents, so why not more authors?

As for my work – I’m not sure it’s up to me to declare or know where it fits, that’s for the readers, I guess.

I’m working on edits for book two of The Erebus Sequence, then I’ll be straight on to re-drafting book three, which I finished before Christmas. I may take a break from Landfall at that point to write something else (top secret, sorry). I do have two more Landfall stand alones plotted, and I’d love to write them if there is an audience. 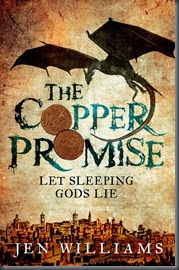 I’m reading Jen Williams’ The Copper Promise. We did an event together at Blackwell’s on 10th March.

I attended a performing arts school instead of going to sixth form or University. It was pretty much like the kids from Fame. I only danced professionally for a year, then stopped. These days I enjoy lindy hop, which is a style of 1940s swing dancing.

I should probably say the release of my first novel, but have you seen the Guardians of the Galaxy trailer? Also finishing book two of The Erebus Sequence. 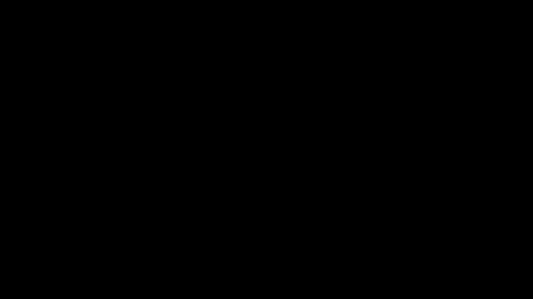 The Boy With the Porcelain Blade is published by Gollancz in the UK on March 20th 2014 (hardcover).