“The Three” by Sarah Lotz (Hodder) 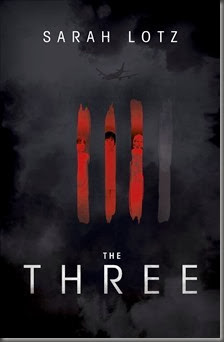 A brilliant thriller. A must-read. And one of my new favourite books.

“They’re here... The boy. The boy watch the boy watch the dead people oh Lordy there’s so many... They’re coming for me now. We’re all going soon. All of us. Pastor Len warn them that the boy he’s not to­­—“

Black Thursday. The day that will never be forgotten. The day that four passenger planes crash, at almost exactly the same moment, at four different points around the globe.

There are only four survivors. Three are children, who emerge from the wreckage seemingly unhurt. But they are not unchanged.

And the fourth is Pamela May Donald, who lives just long enough to record a voice message on her phone.

A message that will change the world.

The message is a warning.

This wasn’t what I was expecting. I think I saw a positive comment from Lauren Beukes on Twitter, but other than that, didn’t know too much about it. So it was with great anticipation that I started reading it. And I loved it. It’s unusual, brilliantly written and expertly constructed, utterly gripping, frequently chilling, and always fascinating. It’s also really difficult to review, but very easy to praise.

Four simultaneous plane crashes, with only three child survivors. The reaction to the survivors is different across the world. Some see them as miracles, some see them as harbingers of doom and the apocalypse. Facing global panic, officials are under pressure to find out the cause of the accidents. Terrorist attacks and environmental factors have been ruled out, and there doesn’t appear to be any correlation between the crashes. What caused the crashes? What could the survivors mean for their respective countries and the world? Is there something else going on? The survivors are dubbed (rather unimaginatively) “The Three” by the international press, and become something of a sensation. They are the subject of endless speculation and voyeuristic obsession. All of the children exhibit disturbing behavioral problems, which many presume are caused by the horrific experience they have survived, not to mention the unrelenting press attention. Soon, though, an End Times/Rapture cult in the United States becomes obsessed with the Three, drawing (rather shaky) connections between the details of the crashes and their pastor’s interpretation of the Book of Revelations. The Three is the story of the children and the world’s reaction to them – for good or ill, they mean something… 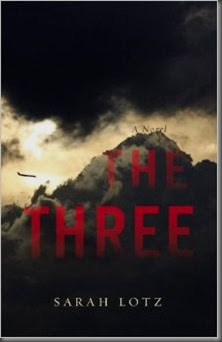 Lotz uses multiple types of “source” to present the story. The Three is presented as a book (“Black Friday”) by someone else (Elspeth Martins), drawing on interviews, excerpts, recordings and a variety of other types of source to slowly unveil the larger story. Lotz does an excellent job of giving each source a distinctive voice, while at the same time maintaining a fairly unified flow. It’s really fluid, and a great, accessible read – nothing jarred me out of the reading experience. The story is expertly crafted and compiled, filled with so many fascinating details, woven together brilliantly.

One thing that really struck me was how real and realistic each of the characters felt. There were plenty of amusing asides and cultural nods sprinkled throughout, and they are all wonderfully observed and drawn. The British, American and Japanese mannerisms, speech patterns, and so forth felt very authentic (I’m afraid I don't have much experience with South Africans, but they also don’t feature as much as the other three). Despite the rather serious premise, The Three has a fair few moments of levity, offering some great balance. My favourite was a very funny exchange about Aslan’s sacrifice to save Edmund, in C.S. Lewis’s The Lion, The Witch, and the Wardrobe.

It’s a tricky novel to review, to be honest: Lotz reveals more and more over the course of the novel. Surprises pile on top of surprises. Revelations are plentiful, and nuggets of information can seemingly disappear before appearing critical again, later. To go into too much detail would ruin the reading experience. Needless to say, the author fills the novel with plenty of gripping revelations, interesting and intelligent commentary on modern society, belief, and so forth.

Its unorthodox structure could have been a disaster, but Lotz pulls it off with style and skill. I’m really impressed with how well-paced the novel is, and how it was genuinely impossible to put down. I resented having to go to work, and eagerly read as much as I could at any opportunity. Ultimately, The Three is one of the best novels I’ve read in a long time. Expertly constructed and gripping, this deserves to be a massive hit. Certainly one of 2014’s Must Reads.

The Three is due to be published by Hodder in the UK, on May 22nd, 2014. It is published in the US on May 20th, 2014, by Little, Brown. Find out more via Sarah Lotz’s website and Twitter. Also, check out the book trailer, below… 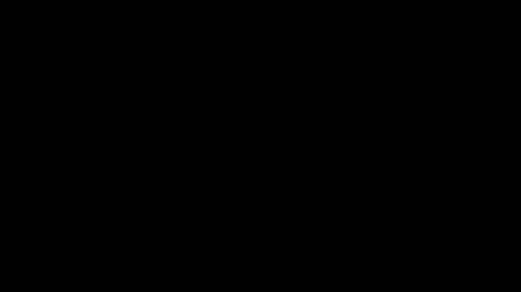