Three novels that I particularly liked when they came out in earlier editions (two in hardback, one previously unavailable in the UK) are coming up for their paperback releases, so I thought I’d just offer a single post with links to the reviews I’ve written for them already – they’re all great, so I strongly recommend you check them out:

[Click on the titles to be taken to my earlier reviews] 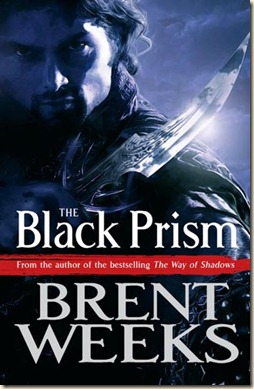 Part one of Weeks’s latest series, The Black Prism is a great start to what promises to be an entertaining and original fantasy novel. Magic is far more prominent in this novel than it was in his Night Angel Trilogy, and it’s based on a fantastic light/colour-based system that is really innovative. I loved the three Night Angel novels, and The Black Prism was equally enjoyable. 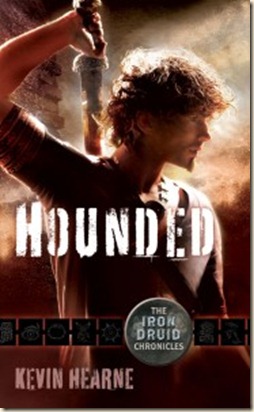 I actually very recently reviewed Hounded – Hearne’s Iron Druid Chronicles were generating quite a bit of buzz on the internet, so I ordered the first title from the US. Then Orbit announced that they had picked up UK rights to the series, and will be releasing the first three in three consecutive months. The first Urban Fantasy novel to keep my attention riveted throughout (I read it in two sittings, if I remember correctly), I loved Hearne’s characters, his sense of humour, his brisk writing style and also the way he’s used mythology across the series. 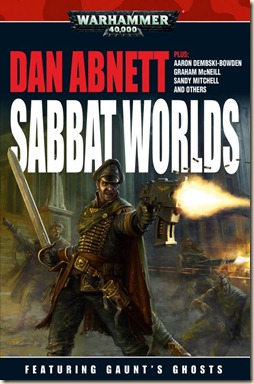 A collection of short stories written by some of Black Library’s best authors, this was a great collection set in the worlds Abnett created for his Gaunt’s Ghosts series. The book includes shorts by: Graham McNeill, Matthew Farrer, Aaron Dembski-Bowden, Nik Vincent, Nick Kyme, Sandy Mitchell, and two by Dan Abnett himself. The latest novel in the Gaunt’s Ghosts series – Salvation’s Reach – arrived today, so I’ll be reviewing that very soon (it’s published in October).

Posted by Civilian Reader at 5:05 PM