Near the end of last year, I read The Emperor’s Knife by debut author Mazarkis Williams. It was very good. It also had a very cool cover, and now the artwork to grace the sequel has been unveiled! And here it is: 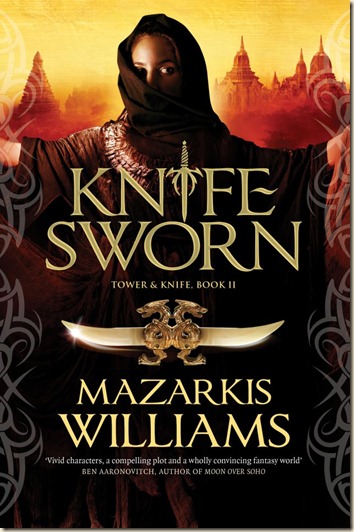 Nicely in keeping with the style of book one (including the blades in the middle), but with different colour-tones (warmer reds and yellow, rather than the cooler blues and greys for The Emperor’s Knife). Readers in the UK can expect the novel in November 2012, published by Jo Fletcher Books, and December in the US from Night Shade Books.

I tried to find out who did the design, but came up empty – apologies to the artist. (Please share info in comments, if you know it.)

Posted by Civilian Reader at 11:29 PM