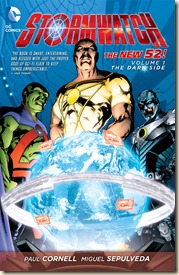 This covert team of sci-fi super heroes must battle the Earth’s moon itself and find a way to hide its monstrous metamorphosis from the rest of the Earth!

I only picked up these issues because I was enjoying Demon Knights so much, and this series is also written by Paul Cornell (who is now also writing the superb Saucer Country, published by Vertigo). I didn’t know anything about Stormwatch, except that it had connections with some of the other New 52 titles and who wrote it. As it turns out, it’s pretty good, and quite fun. However, I think I prefer the two aforementioned other series of Cornell’s over this one.

The series kicks off with the Stormwatch attempting to recruit a new member, Apollo – a prodigiously powerful... something on Earth (it’s not really explored if he’s superhuman, a mutant, an accident, etc.). But someone else has their sites set on Apollo – the mysterious, clearly psychotic Midnighter. Then the Martian Manhunter invites him to join Stormwatch, too, and the first story arc (all six of these issues) is about Apollo and Midnighter joining the team, and the events that transpire to make that happen.

Out in space, the rest of Stormwatch is observing and puzzling over some weird goings-on with the Moon, which leads to more information about the forthcoming Daemonites invasion (as featured in Superman, Grifter, and Voodoo). 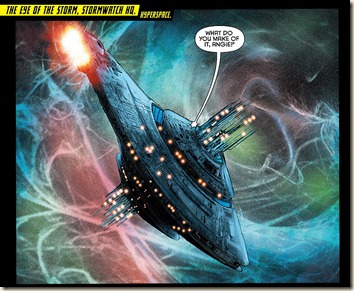 The series has Cornell’s familiar wit, but it’s not as polished as in the other series I’ve read. There’s some fun sci-fi terminology and super-hero posturing, and all of the members of the Watch have some interesting and varied powers – for example, the guy who is God of Cities, and can communicate with them (and feels awful in the country). The series is a little zany, and off-the-wall in some respects. It’s big, it’s brash, it’s over-the-top. And it’s quite a lot of fun. 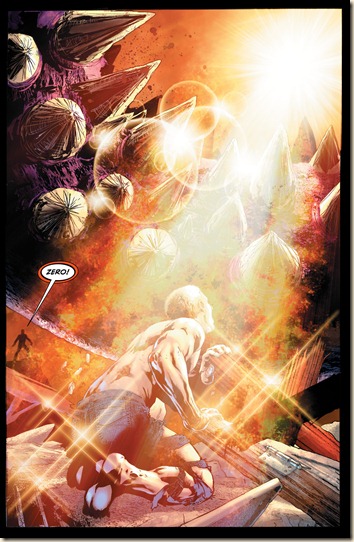 The characters are very colourful and, to go along with their extreme powers, they also have plenty of neuroses to fill them out a bit more. They’re all arrogant, self-conscious, afraid, over-confident and suspicious of everyone else. Basically, they’re a ticking time-bomb of a team, and it’s quite fun to watch them.

Sometimes the narrative veers a little too close to “telling”, rather than “showing” – at times, this is understandable, given the unorthodox abilities, events, and so forth that go hand-in-hand with Stormwatch. Nevertheless, this series has a lot going for it, and if you’re looking for a sci-fi action series, then this one should certainly suit your needs. The team dynamics are fun, and it’ll be interesting to see how Apollo and Midnighter’s budding potential relationship grows as the series continues; and also how they deal with the betrayal that brings the book to a close.

As you can see from the examples, the artwork’s pretty excellent, too – love the blend of ‘art’ and computer-generated effects and imagery. It’s nicely consistent, too. Very eye-catching, oft-psychedelic, and brightly coloured to contrast with the outer-space elements, this is a very nice-looking comic.

It’s interesting, coming at this series late and having read a lot of the New 52 titles, to see all the hints of things to come. I’m sure I’ll check out volume two when it’s available, but it would take a back-seat to Saucer Country and Demon Knights, which are far closer to my usual taste in comics.

Posted by Civilian Reader at 8:24 PM