This is just another post to share some more amazing artwork. This time, it’s Neil Roberts’s artwork that will form the cover for Path of the Seer, the second in Gav Thorpe’s Eldar series, which began with Path of the Warrior.

Here’s the art (without book-cover accoutrements): 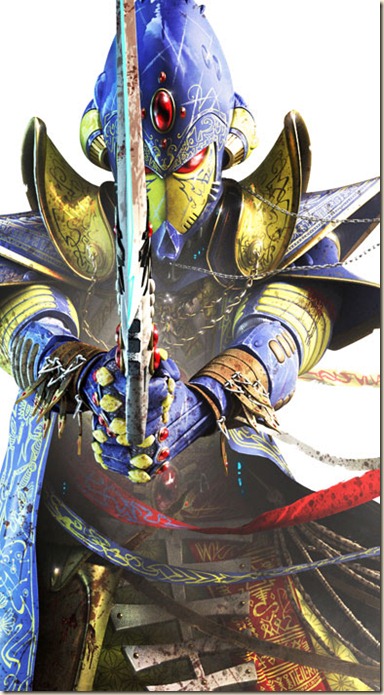 Pretty eye catching, no? The palette is striking (if a bit brighter than I would prefer) and Roberts has given the figure some interesting dynamism. The detail is quite amazing, too. 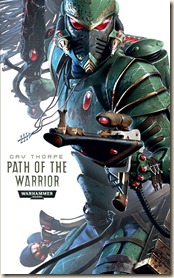 The ancient Eldar are a mysterious race, each devoting their life to a chosen path which will guide their actions and decide their fate.

Korlandril abandons peace for the Path of the Warrior. He becomes a Striking Scorpion, a deadly fighter skilled in the art of close-quarter combat.

But the further Korlandril travels down this path, the closer he gets to losing his identity and becoming an avatar of war.

I have a copy of Path of the Warrior already, and I’ll try to get it reviewed as soon as a window opens up in the review schedule (although it’s pretty packed for the next two months already).

Posted by Civilian Reader at 4:57 PM