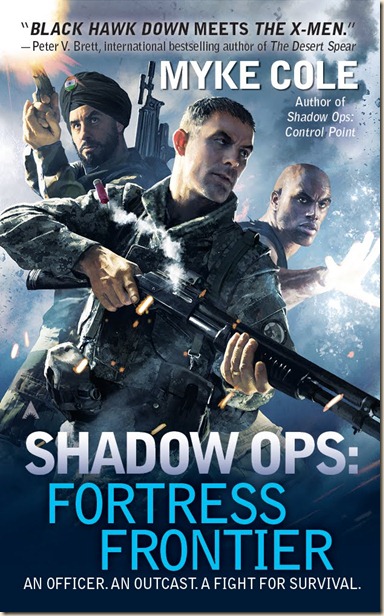 I think I may prefer this to the original US cover for Control Point, but more because of the colour palette – I like the colder blues. This also does a great job of showing us the change in perspective (something Cole’s been keen to let people know, this isn’t the Oscar Britton Series, but the Shadow Ops series – if I remember correctly, each novel will add POVs, but Oscar will be kicking around).

The Great Reawakening did not come quietly. Across the country and in every nation, people began to develop terrifying powers – summoning storms, raising the dead, and setting everything they touch ablaze. Overnight the rules changed... but not for everyone.

Drafted into the Supernatural Operations Corps in a new and dangerous world, Bookbinder finds himself in command of Forward Operating Base Frontier – cut off, surrounded by monsters, and on the brink of being overrun.

Now, he must find the will to lead the people of FOB Frontier out of hell, even if the one hope of salvation lies in teaming up with the man whose own magical powers put the base in such grave danger in the first place – Oscar Britton, public enemy number one...

Fortress Frontier will be published in the US in January 2013.

In related news, the first in the series, Control Point, will be published in the UK this week (Headline). I really enjoyed the novel, and you can check out my review here. There’s also an interview with and guest post by Myke Cole up on the site. And, because it’s fantastic, here’s the UK cover for Control Point once again: 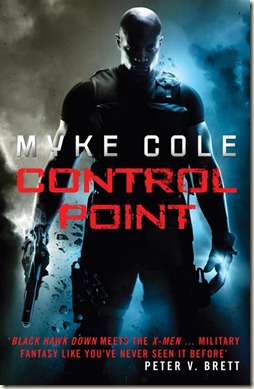 Posted by Civilian Reader at 10:31 AM