I like the teaser image below for a number of reason. First, because I would really like to read the upcoming series Colder. Second, because I totally used to be that kid, sneaking a read at night. Third, because it’s just a really cool picture. 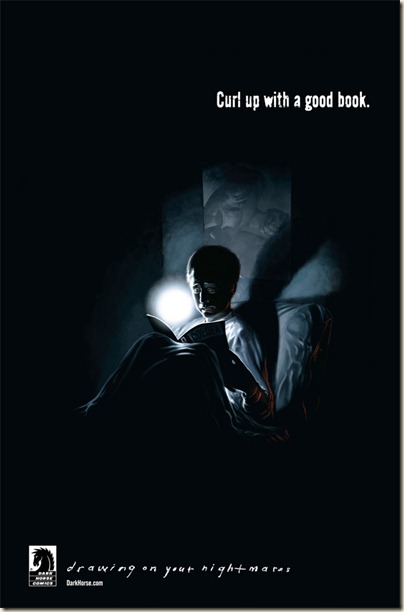 As far as I’m aware, Colder is a new series coming up from Paul Tobin (the author of Prepare to Die and a number of comics, who I interviewed here). Here’s some more artwork, this time from the cover of issue one: 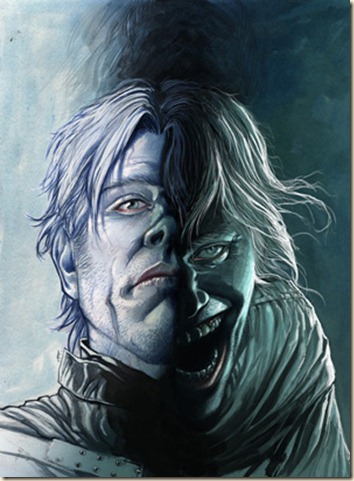 August 8th Update: Dark Horse have released another teaser image, which is even more creepy: 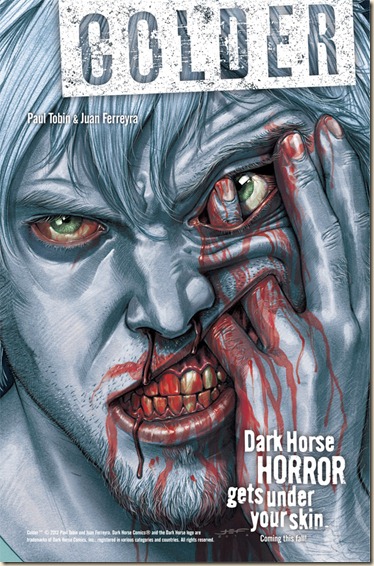 Posted by Civilian Reader at 7:12 AM