An Interview with G. WILLOW WILSON

I first learned of G. Willow Wilson’s Alif the Unseen at BookExpo America at the Grove Atlantic booth, which had a fun USB promotional… thingy. I investigated some more, and I think it has one of the most interesting premises of any novel released this year. It’s not surprising, then, that Lev Grossman recently included Alif on his list of Summer Must-Reads in Time Magazine. Naturally, this meant I had to interview the author. And so, in advance of my review of the novel, I got in touch with Wilson to learn more about her other work, writing practices and more.

I thought I’d start off this interview with something easy: Who is G. Willow Wilson?

That’s a question I often ask myself while staring existentially into the mirror. No, seriously, I’m an author and a mom and a late blooming gamer. They all must interrelate somehow. I’m an American – I was born in New Jersey and later moved to Colorado – and I spent a large chunk of my twenties in the Middle East, which has had a huge influence on my writing. I’m a reluctant nomad; I’d rather be in one place for years and years, but somehow that hasn’t happened. 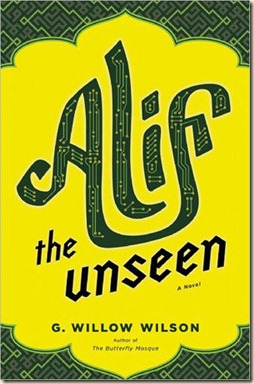 Your debut novel, Alif the Unseen, is out in September through Corvus in the UK and Atlantic in the US. How would you introduce the novel to a new reader?

Alif is a restless young hacktivist living in an unnamed Middle Eastern oil emirate. He falls in love with the wrong girl, runs afoul of a very shadowy state security apparatus that seems to have something more arcane than technology up its sleeve, and he’s forced to go on the run with the girl next door, a book of dubious origin, and some genies. It’s an urban fantasy with both car chases and philosophical meditations. 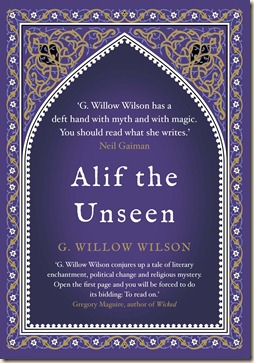 The novel appears to be an intriguing mix of magic and information technology… How did this premise come about? And where do you draw your inspiration from in general?

That particular subtext comes from a conversation I had with a programmer friend of mine from India. He was explaining the difference between binary and quantum computing using an analogy between monotheism and polytheism. What was funny was that the discussion mirrored debates actual polytheists and monotheists have about the nature of the universe. At one point I stopped him and asked whether we were still talking about computers. He just laughed. And a light bulb went off. We are, at this point in our high-tech history, confronting some very interesting questions about how the heavy use of information technology has changed us – and those questions are not dissimilar from the questions posed by religion.

Generally, my inspiration comes from the people around me – I live, perforce, at a sort of cultural crossroads between East and West, and that tension is the source endless conversation in my social circles. That’s something that shows up in my work quite a bit.

You’ve also written a graphic novel series for Vertigo, Air. Can you tell us a bit about the series?

AIR is about an acrophobic flight attendant who falls for a guy who may or may not be a terrorist. Through him she’s drawn into a parallel reality of weird flight technology and hidden civilizations. It’s pretty surreal. I had a lot of fun writing it.

My father read the entirety of The Lord of the Rings to me when I was three years old. It’s been downhill from there. It was only in high school and college that I began to be interested in the political and philosophical underpinnings of the fantasy lit’ I loved, and started reading about the authors themselves. To me, the intersection between fantasy and real-world issues is fascinating. That’s why I find the work of authors like Neil Gaiman, Neal Stephenson, Umberto Eco and Peter Milligan so compelling.

I’m a creature of habit. I prefer to write in the morning. I also edit as I go. I ignore that silly rule that says you shouldn’t. If I see a passage that bugs me, it will continue to bug me until I fix it. Writing is something I love – I’ve never had any other serious ambitions. (Sometimes I’m afraid I’m not very good at anything else...) I feel very lucky to have been able to work in so many different parts of the publishing industry – comics, journalistic and narrative nonfiction, and now prose fiction. Not a lot of young writers get that chance. I’ve met some amazingly smart, dedicated people, and that’s challenged me to push myself and improve my craft. 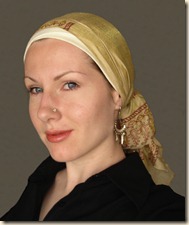 The very first freelancing gig I ever had was as a music reviewer for Boston’s Weekly Dig magazine. It didn’t pay anything. I was seventeen. It was great. I wrote my little three hundred word pieces with gusto. I’d wanted to write professionally for a long time before then, but knew, wisely, that most of the weepy, gothy stories I produced in high school were really bad. I think that’s the test – you can’t get discouraged by the junk you write. You have to recognize it as junk and move on. It’s practice, and practice is necessary.

The popularity of George R.R. Martin’s A Game of Thrones and series like the Sookie Stackhouse novels have made it cool to read genre fiction, which I think is great. Fantasy has really opened up as a result. It’s coming from all quarters now – there’s been a wave of great speculative fiction out of the Middle East and the Indian subcontinent. I’d like to think that my work fits into that trend; into the idea that fantasy isn’t just guilty fun anymore, it’s a way to tell stories with real ideas and heft, stories about parts of the world that the genre has thus far left unaddressed or relegated to the role of Realm of Bad Guys.

I’m working on a new novel – it’s a high seas adventure set during the Age of Exploration. Like Alif, it will probably be called “genre-bending”, though that term gets used so much these days that we can probably get rid of the “bending” part and just say “new genre fiction”. Beyond that, we’ll see!

I recently finished Anne Patchett’s lovely novel State of Wonder, and having seen the spectacular previews for the Wachowski siblings’ movie adaptation of Cloud Atlas, I’ve just started the book. 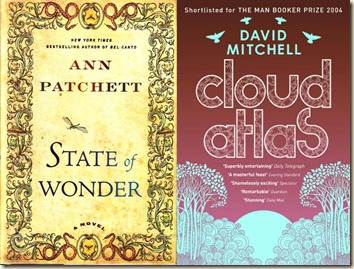 I’m stereoblind, meaning I can’t see the third dimension. The world looks flat. Well, to me it looks perfectly ordinary, but to a normally-sighted person it would look flat. Also, I had to train myself to like olives. For a long time I couldn’t stand them. Then I went to France, and not wanting to be shown up by the French, I started eating them with the appearance of enjoyment. Fake it ’til you make it.

I’d like to get a large part of the way through my new novel, and I’m also looking forward to the birth of my second child. And I’m turning thirty!