An Interview with LEV GROSSMAN 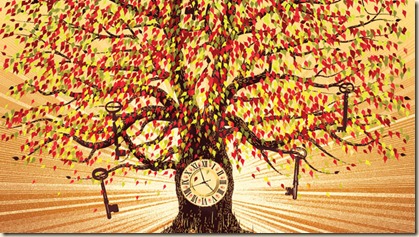 I first came across Lev Grossman through his columns for Time magazine, where he is a book critic and lead technology writer. Grossman is also the successful author of Codex, The Magicians and The Magician King, which has just been released in paperback. I decided it was a perfect time to get in touch and pick his brains about writing, his novels, and how he became a speculative fiction fan.

I thought I’d start off this interview with something easy: Who is Lev Grossman?

Oh God. That’s an easy one? I’m worried about where this is going.

Your second Fillory/Quentin Coldwater novel, The Magician King, is out now in paperback. How would you introduce the series to a new reader? And what’s new in book two?

The Magicians novels belong to a particular tradition of fantasy that I’ve always loved: stories -- like the Narnia books or Harry Potter or The Golden Compass – about young people finding their way into secret magical worlds, or discovering they have power that they didn’t know they had. What makes the Magicians books a bit different is that they’re written for adults, with all the challenging facts of adult life, like drinking, and sex, and the fact that there will be no more Buffy the Vampire Slayer episodes ever. But the books still give you that same sense of awe and excitement and escape.

The first novel was very much a coming-of-age novel – in some ways it was based on The Lion, the Witch and the Wardrobe. The Magician King is more of an epic adventure – more like The Voyage of the Dawn Treader. And we get a new narrator, Julia -- she was rejected from the magic school Quentin attends. 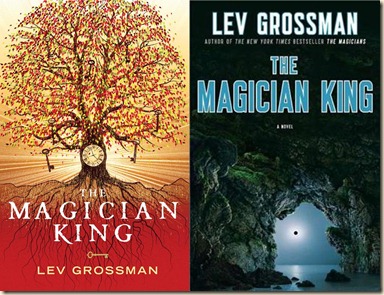 The Magician King (UK, US)

Where did the inspiration for Fillory and Quentin’s story come from? And where do you draw your inspiration from in general?

I’ve already mentioned Narnia and Harry Potter. The immediate literary inspiration for The Magicians was Susanna Clarke’s Jonathan Strange and Mr. Norrell. I’d been wanting to write fantasy for a while, but I didn’t really know if I could make it say the things I wanted to say. Clarke did things with fantasy I didn’t know were possible. Her book was beautiful and strange and funny and upsetting and very definitely grown up. I knew I wanted to write something like it. 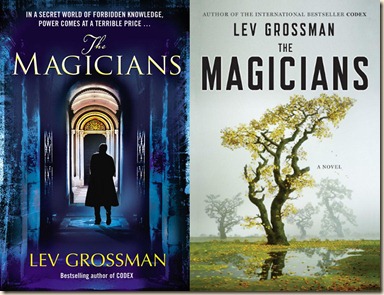 The Magicians (UK, US)

Some people may not be familiar with your debut, Codex. It’s quite different from The Magicians series, so I wondered if you could tell readers a little about that novel?

I could…though I don’t generally talk about Codex much. It’s a journeyman novel, something I wrote before I really found my voice -- it's fun, but not on the same level as the Magicians books. It’s a literary thriller, with some computer stuff thrown in. Imagine Possession combined with Snow Crash. Only not as good.

By my mother, who gave me The Lion, the Witch and the Wardrobe when I was 8. I think she thought I would grow out of it.

Nothing unusual. The sad fact about writing novels is that there’s only one way to get them written, and it’s not very interesting. You can travel and read and have interesting things happen to you and so forth, and that’s great, but the important work of writing novels consists of getting your ass in a chair and keeping it there.

As for being a writer: I love it. Though sometimes I wish I had a live audience. Someone to applaud when I finish a chapter. 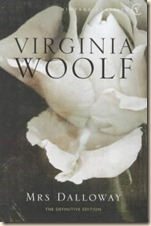 Freshman year of college I was assigned Mrs. Dalloway for the first time, and I fell pretty deeply in love with it. It began to sink in that I wasn’t going to find anything that was more important to me than that. I have a specific memory of crossing a street on my way to the freshman cafeteria, somewhere in the spring semester, and thinking, yes, I should give writing novels a shot.

But I don’t look back on my early efforts fondly. They weren't great. It took me 15 years to really break through as a writer, and there were reasons for that.

We’re living in a great age for fantasy. It’s evolving and getting more sophisticated and interesting and powerful at a furious rate. It’s hybridizing with literary fiction and getting the best parts of both of its parents. I’d like to think my work is part of that.

Right now I’m working on the last novel in the Magicians trilogy, which I’m tentatively calling The Magician’s Land. And then there's something else – I had an idea for a new series that will come next, and I’ve written about a quarter of the first book. But I’m trying to hold off on it until The Magicians is taken care of.

I read a lot of fiction. Probably too much – right now I’m definitely reading too much. Fall is a big season for novels, so as a critic I’m crashing through a lot of big books that are about to come out: Zadie Smith’s NW, Michael Chabon’s Telegraph Avenue, Martin Amis’s Lionel Asbo. 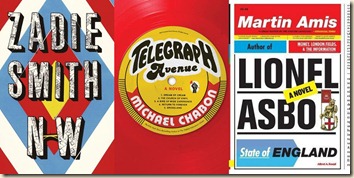 I’m also judging a first novel prize for the Center for Fiction in New York, so I’m reading through this year’s debuts – Alif The Unseen by G. Willow Wilson, Billy Lynn’s Long Halftime Walk by Ben Fountain, The Dog Stars by Peter Heller, and Tell The Wolves I’m Home by Carol Rifka Brunt.

I’m also rereading Joe Abercrombie’s First Law novels. I listen to them while I jog. They’re literally the only thing that can motivate me to exercise.

I’m not one of those people with an interesting backstory, unfortunately. It’s a bit of a professional liability. People are sometimes surprised to learn that I have an identical twin. His name is Austin, and he’s also a writer

In about three weeks, medical science tells me, my wife is going to have a baby boy. I’m very much looking forward to meeting him.