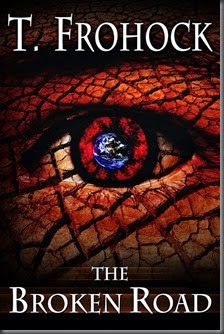 The world of Lehbet is under siege. The threads that divide Lehbet from the mirror world of Heled are fraying, opening the way for an invasion by an alien enemy that feeds on human flesh.

Travys, the youngest of the queen’s twin sons, was born mute. He is a prince of the Chanteuse, nobles who channel their magic through their voices. Their purpose is to monitor the threads and close the paths between the worlds, but the Chanteuse have given themselves over to decadence. They disregard their responsibilities to the people they protect — all but Travys, who fears he’ll fail to wake the Chanteuse to Heled’s threat in time to prevent the destruction of Lehbet.

Within the palace, intrigue creates illusions of love where there is none, and whenTravys’ own brother turns against him, he is forced to flee all that he has known and enter the mirror world of Heled where the enemy has already won. In Heled, he must find his true voice and close the threads, or lose everyone that he loves.

The Broken Road is the first in a new series from Teresa Frohock. It exhibits all of the strengths of her previous work (the excellent Miserere and a number of short stories): excellent prose, brisk-yet-unhurried pacing, a dark and gothic atmosphere, and a wonderfully horror-tinged fantasy approach. All of this makes for an excellent read.

I really enjoyed this. When I read it, I hadn’t seen a synopsis, though. I was, therefore, unsure of what to expect. (Full disclosure: the author sent me the novella, in exchange for an honest review.) To begin with, I thought I was in for something rather like Miserere, which took our world and twisted it into a new shape to suit the author’s storytelling needs. The Broken Road takes things a little further, offering (perhaps) two alternative versions of our world – something that was only slowly unveiled.

The characters are excellent, believable and well-drawn – not to mention varied. This is perhaps the most diverse cast of characters I’ve read in a long while: they come from all strata of society, are of varying abilities (and disabilities), more-or-less equally split by gender. The magic system is interesting and well-presented – although, thankfully, not over-explained; it’s central to the story, but never feels like a crutch. The ‘horror’ aspects of the tale creep in gradually, as we learn of the truth behind the “Riders” and the “Teraphim”, and also the blasted world of Heled.

If I had one concern, it was that the story moved a bit quickly – as a novella, it’s short. This means a lot happens in a relatively short period of time. This, I think, diminished the gothic tone and feel to the story: allowing things to unfold a little more slowly would have really added to the air of menace in Heled, and tension in the palace (the story starts with what appears at first to be ‘normal’ palace intrigue). Nevertheless, this did mean I could sit down and read this in one go. Frohock’s excellent prose will grab the reader from the start, and pull you along until the end.

“Outside the gilded halls of Aquitania, summer wilted the crops in the fields. The whirlwinds frayed the threads that divided the worlds. Demons stalked the woods; their howls were heard in the dark. The game fled. The lowborn poured their blood into the soil. What grew from those rites couldn’t be named or eaten. Famine was a dirty bitch with rotten fangs, but the hunger she put in a belly bit sharp nonetheless.”

I’m really looking forward to the next instalment in the series. If you haven’t read anything by Teresa Frohock yet, then I strongly advise you do so – she is doing some really wonderful (and weird) things with the genre, but without walking a path that alienates readers, nor puts style over substance (or vice versa). A great talent, and one that needs to be experienced by many more readers.

Posted by Civilian Reader at 8:06 PM