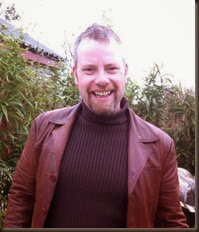 It’s time for me to admit that I might have taken the longest route possible to getting an agent. I’m something of a blunderer by nature, and learning the hard way is the theme of my life. So much so that I sometimes wonder how I managed to get an agent at all.

The original version of The Relic Guild is very different from the version that was signed by Gollancz. It was written for a Master’s degree that I concluded in in 2009. When I was coming to the end of that degree, I had been wondering if my work could hold its own with the bigger names in the publishing industry. I sent the first three chapters and a synopsis of the novel to the man who is now my agent. It impressed him enough to request the remainder of the book. However, although that early version of The Relic Guild gained me an MA, it didn’t quite make the grade with my agent.

For the sake of avoiding long and boring explanations, let’s just say that the original version was something akin to an academic exercise. The result fell somewhere between a fantasy adventure and a pseudo-intellectual dystopian wannabe. It was right for academic purposes, but wrong for the publishing industry. It had potential, but lacked focus and commercial value. Make it the fantasy adventure it wants to be, my agent said, and then we’ll do business. 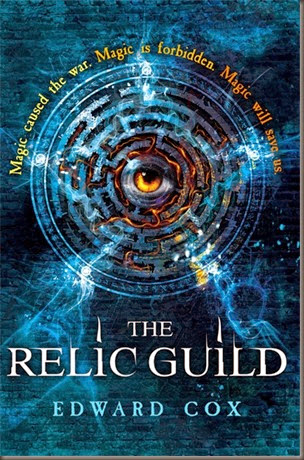 He was right. That was exactly what the book needed to be – what I wanted it to be. Something that entertained readers. So I immediately began work on a complete rewrite, and that was my first mistake.

After five years at university, doing a BA and an MA back-to-back, I was a little fried, and should’ve taken a few months’ break before undertaking the rewrites. The truth is, I wasn’t prepared for my agent’s interest, and I panicked. The chance to be represented by him suddenly felt like smoke in my hands that would dissipate to nothing if I didn’t provide what he wanted as quickly as I could. In six months, I rushed out a new version of The Relic Guild, which, if I’m being honest, I knew deep down wasn’t good enough, or much of an improvement on the original. My second mistake was sending it to my agent.

Of course he said no; what other choice did he have? And so, feeling lousy, lost, and as though I’d wasted the only chance I was ever going to get, I finally took the break I needed, which pretty much entailed sleeping for a month. It was a low point, where some hard but important lessons were learned, and gradually I gained some perspective.

My principal reason for writing is for the joy of telling stories. Yet, without me noticing, the perspective had changed. I realised that writing had come to mean passing a university degree, or attracting an agent who could get me a publishing deal. And this realisation gave me the shakeup I needed. For the first time I saw The Relic Guild for what it was, and then truly considered it for what it could. Breaking the story down, I recognised which parts were to be kept, which had to be binned, and what needed to be developed. In short, I did what I should’ve done in the first place.

Two and a half years it took me to write the new version of The Relic Guild – the Gollancz version. Two and half years to give the world and characters and plot the full life and detail they deserved.

Only when the novel was finished, and I was certain it had reached its potential, did I give any consideration to what to do with it next.

I was lucky that my agent, the smoke in my hands, stayed on the phone when I came calling once more, convincing him to give me another chance. He told me he had a proviso: if I wasted his time again, he would say no for good. I promised that I wasn’t about to make a third mistake.

On October 15th 2012, John Berlyne signed me to the Zeno Agency. And much of what happened next I owe to him.