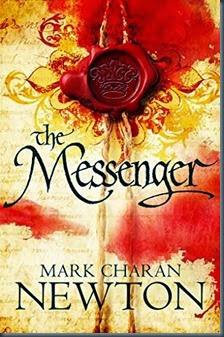 Great introduction to a new character

As an Officer of the Sun Chamber, Lucan Drakenfeld must uphold the two-hundred-year-old laws of the Vispasian Royal Union, whatever the cost.

While stationed in the ancient city of Venyn, a metropolis notorious for its lawless nature, Drakenfeld receives a series of mysterious letters, written in blood, that warn of an imminent assassination attempt on the life of the city’s young Prince Bassim.

Supported by his fiery colleague Leana, Drakenfeld’s investigation leads him down the city’s corridors of power. But nothing is as it seems. Who is behind the conspiracy that threatens the young prince, and will the duo be able to unearth the perpetrator before the prince’s time is up?

Long-time readers of the blog will know that I’m a big fan of Newton’s first series, Legends of the Red Sun. This 9,000~ word novella features the main character of the author’s new series, Lucan Drakenfeld, and is set before the first novel Drakenfeld. It’s a very good short story, and certainly served to whet my appetite for the full-length novels (which I’ve been inexplicable slow about getting around to). There’s a mystery, a rebel group, the possibility of an inside agent, some brutal killing, and the potential for a spot of regicide. Everything that makes a great fantasy crime story. We get to know the main two characters, too, who are two of the more interesting protagonists I’ve read in a while.

A great prequel, and a great way to quickly and cheaply try out Newton’s writing and his new series. Absolutely recommended.