I spotted this cover on Dark Horse Comics’ website, while looking for more info on Kim Newman & Maura McHugh’s upcoming Witchfinder: The Mysteries of Unland series. It caught my eye because a) it’s an eye-catching cover, b) it has Big Ben in it, and c) I was a big fan of the first couple of computer games in the Tomb Raider series, but I’ve not read any comics (or, for that matter, played any of the games for a decade). 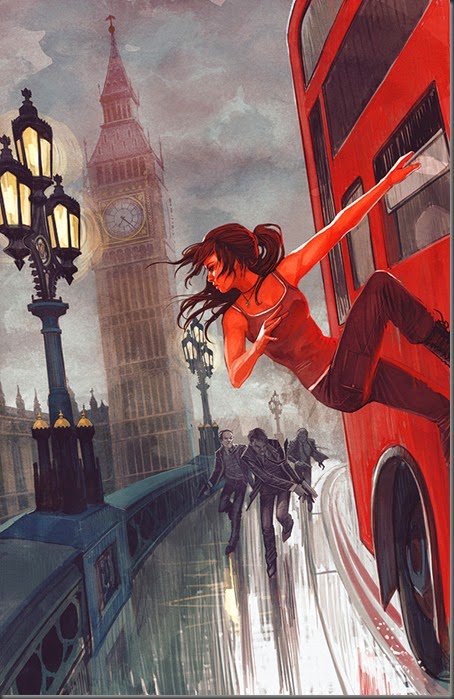 Lara Croft is chased through the streets of London as she gets dangerously close to the truth! But it’s not her own safety that concerns her, but that of her friends, the surviving crew of the Endurance!