An Interview with JAMES A. MOORE 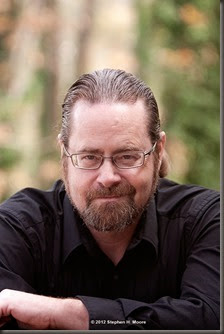 Let’s start with an introduction: Who is James A. Moore?

I’ve been a professional writer for a little over 20 years. I started in comic books worked my way over to role playing games and then decided to try my luck with horror fiction. I’ve also written some science fiction and a few fantasy pieces. I’m currently working on a weird western, a fantasy series, a crime novel and a few other projects, including a science fiction apocalyptic piece.

Your next novel, The Blasted Land, is due to be published by Angry Robot Books in July 2014. It is the sequel to Seven Forges. How would you introduce the series to a new reader, and what can fans of the first expect?

Good question. I’d like to say it’s something different, and maybe that’s true but I imagine almost everyone makes that claim. It’s a sword and sorcery series. But one where I’ve set aside the legends and creatures I’ve read about before to come up with new dangers and, hopefully, a unique setting. I like to think of the series as a clash of cultures and a clash of theologies. Ultimately, however, it’s a story about an aging empire facing a threat that seems absolutely relentless and unstoppable.

I have always believed that every book should be able to stand alone. That said, I love a good cliffhanger. So the story starts off in this case EXACTLY where Seven Forges left off. I fill in the gaps, but I also try to do that without burying the previous readers in older details. It’s a bit of an interesting challenge as I haven’t really worked on a direct series before though I’ve had a few occasions where the characters I’ve written about in the past have shown up in new adventures.

What I’m working in, and hopefully I’ll get a chance to explore it in greater depth, is the differences between the two cultures and the dangers of dealing with a tide of fanatical warriors on a holy quest. Honestly, I normally don’t know what sort of story I want to write until I have an idea that won’t leave me alone. That was very much the case here. I wanted to write something different and in this case the only setting that really seemed to work was a fantasy setting.

I’ve always loved a good fantasy novel but one of the things I wanted to do was avoid a lot of the tropes I’ve seen pop up over the years. So I decided to start up a fantasy series after taking a pretty long hiatus from reading any fantasy.

Most of my inspiration comes from the news. The world is a fascinating and terrifying place, I let it inspire me whenever possible.

I’ve always been a voracious reader. When I was younger it was mostly comic books, and later I expanded into fantasy, then science fiction and then horror. I sort of worked in the reverse order when it came to writing. 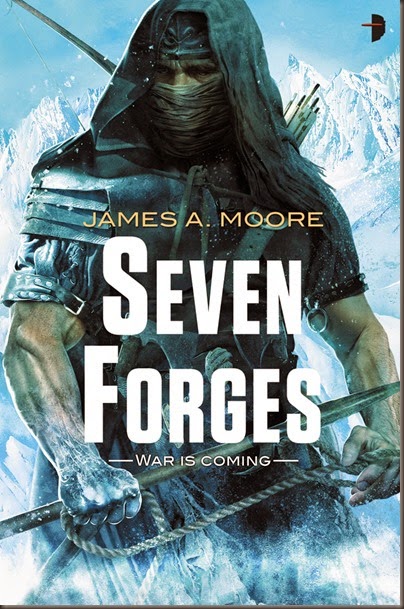 I love being a writer. It’s really very much my dream job. It’s always a strange challenge because the industry is changing in so many ways and because no matter how much time I spend writing, I would like to have more time.

I have a full time job in addition to writing. I work in retail because the hours are flexible and can accommodate my often chaotic writing schedules. My first rule is that I write every day. The only exception is if I am at a convention, then I TRY to write every day and I normally fail. When it comes to research, I tend to study whatever strikes my fancy and let it percolate in the back of my brain. At least half of my ideas come from articles I’ve run across in magazines or online.

Well, I originally wanted to draw comic books. I wanted to be an illustrator. Turns out that you actually have to know how to draw for that to happen. After I’d spent a good amount of time working up several comics from beginnig to end I showed them to an editor from Marvel Comics who told me that my artwork was lousy, but that he could see the story I was telling despite the bad anatomy and weak backgrounds. He’s the one who suggested I try writing and as he was the editor for Clive Barker’s Hellraiser comic book (out from Epic comics, which was a branch of Marvel) I tried my luck with a Hellraiser story. He bought it a few months later. That was my very first sale, a story called “Of Love, Cats and Curiosity” That showed up in the 15th issue I believe.

My firm belief is that genre is what publishers make of it. I’ve worked horror, science fiction, crime and fantasy but to me they are ultimately all just different places where I try to sell my stories. I write the stories I want to write and worry about where to sell them afterward. I think that’s really the best way to go with it. First and foremost I have to love the story I’m writing or I can’t very well expect anyone else to like it.

Well, I’m going to pitch the next couple of books in the SEVEN FORGES series soon. But I’m also working on two novellas with the character Jonathan Crowley, who is one of my recurring characters. Both of the stories I’m working on with him are supernatural westerns. I’m working on a straight crime novel with a frequent co-author named Charles R. Rutledge. I’m working on a horror-fantasy novella called Bloodstained Wonderland with Christopher Golden. I’m working on a science fiction/apocalyptic novel for Earthling Publications. I have a mostly finished Jonathan Crowley novel called Boomtown that I intend to finish by year’s end. I’m also currently outlining a dark fantasy trilogy with Charles R. Rutledge that we intend to try to write this year as well. I tend toward the prolific side. Or at least the ambitious side. 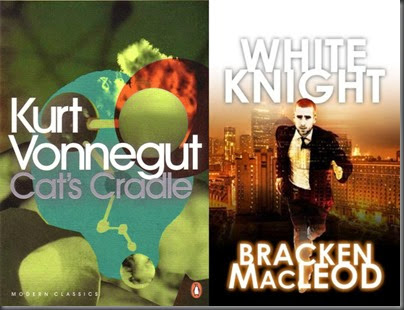 I’m a widower. I lost my wife of 20 years a few years ago. In fact I’ve got a very long series of essays about that very subject (decidedly nonfiction) available at my website.

The Blasted Land is due to be published by Angry Robot Books in June 2014. Seven Forges is available now. For more on Moore’s writing and novels, be sure to follow him on Twitter and visit his website.