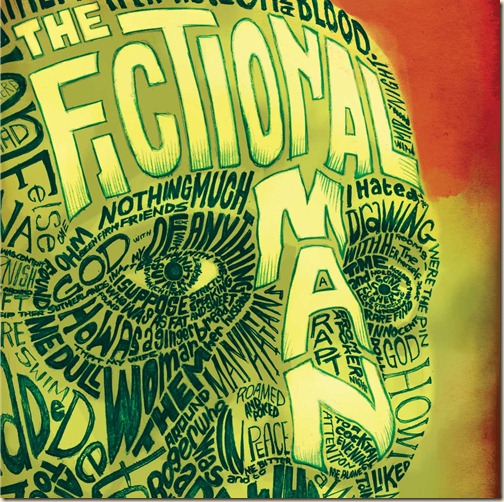 Al Ewing has been writing some interesting British SF and Comics for many years now. With the upcoming release of his latest novel, I thought it would be a good time to ask him about his work, practices and so forth.

Let’s start with an introduction: Who is Al Ewing? 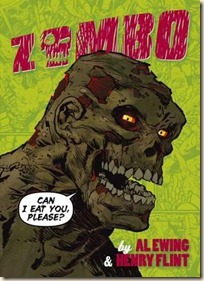 Al Ewing is a writer of comics and novels, predominately SF, and he feels odd talking about himself in the third person so he’ll stop… I’m likely best known for my 2000AD work – I’ve written a few well-received Judge Dredd strips, and I’m the co-creator of Zombo, a dark slapstick satire of whatever’s within reach that’s been running for a few years to critical acclaim. In terms of novels, I’ve up until now mostly done work for hire in other people’s fictional universes – not that I’m complaining; it was a lot of fun. Probably my best-known work in that direction is the El Sombra trilogy for the Pax Britannia line from Abaddon Books.

I thought we’d start with your fiction: Your latest novel, The Fictional Man, was recently published by Solaris. How would you introduce the novel to a potential reader? Is it part of a series?

It’s a stand-alone novel – you don’t have to worry about picking up any others, and I don’t think I’m going to be writing any sequels. I suppose I’d try and sell it to a new reader by saying it’s a conversation on the nature of reality and fiction that’s wrapped up in a bunch of funny business, heartfelt tragedy and, occasionally, hot kinky sex. Ordinarily I wouldn’t mention that last bit but judging by recent blockbuster runaway successes in the prose field there’s a huge audience for it. 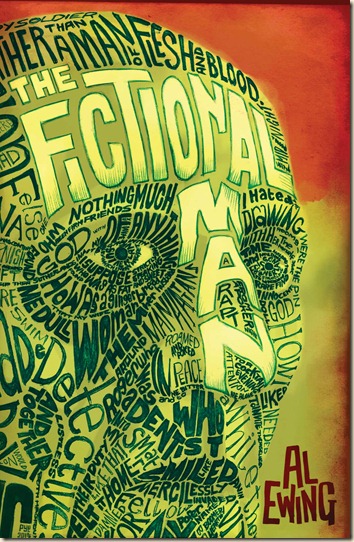 It spun out of a small-press comic strip I did years ago – literally over a decade ago – and I thought the concept of fictional characters being brought into the real world as Hollywood celebrities was interesting enough for a longer-form piece. It was just a matter of when I’d get the chance to do that. So when Solaris approached me and asked if I had any ideas, that was the first one I went to.

In general... I spend a lot of time on magical thinking, which isn’t much good when it comes to practical issues – in fact it’s actively harmful when you apply it to, say, the economy or whether the rights of your fellow humans should be dictated by imaginary beings – but it is good for writing. I suppose if I had to give advice to a new writer it would be to let your mind wander as much as possible. (Try and spend some time actually writing as well, mind. In fact, if you can do both at once you’ll know you’ve made it.) 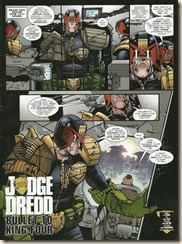 When I was a small boy, my brother introduced me to a comic called 2000AD, which I might have mentioned earlier. It was obviously brilliant – this was during the hot streak of the mid-eighties – and I quickly graduated to the American comics, and I’ve been in love with the comics medium ever since. Much as I enjoy playing with the prose format, you can do a lot more with comics, I find.

I like it! It’s nice work if you can get it. As for specific working practices... I always make sure to write lots of things at the plotting stage that won’t let me get bored at the actual writing stage. With The Fictional Man, I put in a lot of differing formats – nested texts within the central text – so I could change my style up a little. For example, there’s one chapter which breaks into screenplay format for a while, and then another that takes the form of a review similar to what you might find on the Onion AV Club. It’s little things like that that help keep everything fresh.

I used to write a lot as a kid – little columns for school newsletters, short stories, short plays. I used to spend hours writing things just for my own pleasure, without any thought of getting paid or making a living. These days, everything has a deadline attached, and while everything I write is still first and foremost for myself – you can’t write otherwise – I don’t really dive into something purely for its own sake anymore. I’m always writing to a brief, even if that brief is “pitch us something, anything”. Maybe that’s why I end up putting all these formal diversions and side-roads into the professional work I do, to scratch that old itch. I have no real opinion of the modern SF genre, to be honest. I don’t really read any – most of my book-reading time is spent either on non-fiction or crime fiction – the solid, tough noirs and procedurals of Richard Stark, Ed McBain and, most recently, Chester Himes. I read a lot of comics too – if you asked me where I fit into the comics world I’d probably say that I was trying to push the boundaries of what could be done, in terms of the form, where I could, and the rest of the time just trying to give the readers some value for money so they didn’t feel disappointed when they put the issue down. I have the same approach to my novel work, except I don’t really keep up on the SF ‘scene’, so I have no idea if I’m pushing against open doors. Buy the book and find out!

I’m in the middle of All Shot Up by Chester Himes, and then I’ve got The Deportees by Roddy Doyle waiting for me after that. Bossypants by Tina Fey is the current non-fiction book, though I just recently finished Marvel: The Untold Story by Sean Howe and I’d recommend that, with the caveat that it becomes a very different book in its final quarter.

I’ve never taken LSD. Or anything psychoactive. Me and Magic Roundabout.

I just had a very tasty opportunity from a comics company who should probably remain nameless for now. And I’ll likely pitch something else for Solaris, though I tend to leave plenty of time between prose novels to let myself forget how hard they are to write.