Guest Post: Living With The Consequences (or Why I Can No Longer Read the X-Men) – by Jonathan Wood

Jonathan Wood is the author of No Hero and Yesterday’s Hero. I invited him to write a guest post, and he has decided to get something off his chest about Marvel. It’s a grumble we have in common…

That said, man did I want Jean Grey to die. 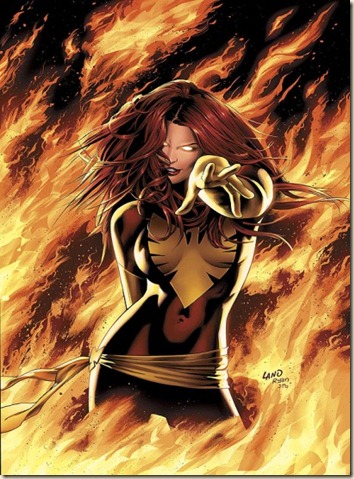 I think this is OK. For starters, Jean Grey isn’t real. She’s a figment of Stan Lee’s imagination, elevated to melodramatic heights by the purple prose of Chris Claremont. But despite Claremont’s ability to overwrite any sentence imaginable, his epic run on the classic X-Men titles and the culmination of his Phoenix Saga stand as one of the high points in comic literature.

OK, that may be a little bit subjective, but bear with me.

Jean Grey’s death stands as the operatic culmination of the Phoenix Saga. She sacrifices herself so her friends, and most importantly her love, can live. Claremont can try to undermine the moment by fitting more adjectives into his sentences than clowns fit into cars, but even he cannot screw up the emotional impact of this moment. It’s staggering. 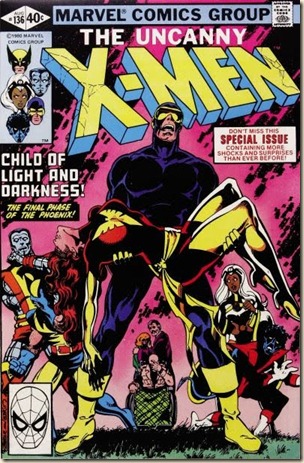 But, now, imagine how awful that moment would have become if, three or four issues later, Jean Grey had come back armed with a bag full of bad excuses about how she survived. Or wittering on about how she was an identical clone. Or whatever else the author had decided to use to shit all over the readers. Or, worse, imagine what little impact the original moment would have had if you already knew this writing douche-baggery was going to happen.

Welcome to every character death in the X-Men subsequent to Jean Grey’s demise.

I am being a little unfair here, of course. X-Men is not the only franchise to ret-con any meaningful moment into oblivion. Hell, Captain America was dead for about half a nanosecond. But X-Men is the franchise that has done it to me personally the most, so here they can be my straw men, and I can be the guy delivering blows to the groin.

I get that X-Men is a big, money-churning franchise, and that people will get upset if a favorite character dies. Hell, if I find out anyone is taking down Beast I’m going to get myself a torch, a pitchfork, and let Joe Quesada’s ass find out exactly what happens when I make mine Marvel. But, at the same time, Marvel has created a situation where nothing meaningful can happen in their franchise. Plot points are like the sticky notes they probably write them on – slowly peeling from the wall, falling down, and being swept away. Cause has no lasting effect. The whole thing becomes meaningless. And quite frankly that’s why I no longer read it.

So I’m glad Jean Grey is dead. And that’s is why I’m going to stand over her grave with an AK. Any Marvel writers coming near it are going to get it in the face. And I am more than happy to live with those consequences.