An Interview with EVIE MANIERI 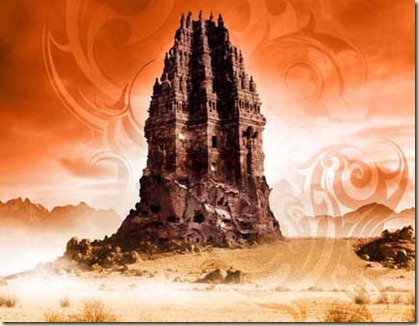 Evie Manieri’s Blood’s Pride was a pleasant, surprise discovery – it introduces us to a new fantasy world, populated with rich, diverse characters and cultures. It is a story of rebellion, family and adventure. As a Debut Author to Watch, and with Blood’s Pride hitting shelves imminently, I thought it would be a great time to ask the author about her novels, writing and how she’s enjoying being a writer. And discovered her opinion on automatons…

I thought I’d start off this interview with something easy: Who is Evie Manieri?

Oh, dear. Well, I have no discipline at all but I’m highly compulsive, which means I get a lot done but not always the right things. I’m very accepting of people and generally kind (I hope), but I’m terribly moody, so my friends and family – and I’m lucky to have them – have been remarkably patient with me. I’m reclusive on a good day and socially phobic on a bad one, but I make myself walk through the door as much as possible, because people are weird and awesome and always have something new to show me.

Your debut novel, Blood’s Pride is out in September through Jo Fletcher Books. How would you introduce the novel to a new reader?

I would say it’s the story of an epic rebellion told on a very personal level...

Or, to put it another way, you have a desert city occupied for decades by warriors from a frozen wasteland. They’ve built their empire with the telekinetic weapons they force the locals to make for them. At the opening, a small group of rebels brings in a notorious mercenary to fight for them, but they’re ignorant of the fact that she’s no stranger to the region and that she has her own agenda. There’s a broad range of complicated characters on both sides of the rebellion, each with their own motives, but it’s really when the situation begins to challenge their assumptions that it all gets messy in a hurry. 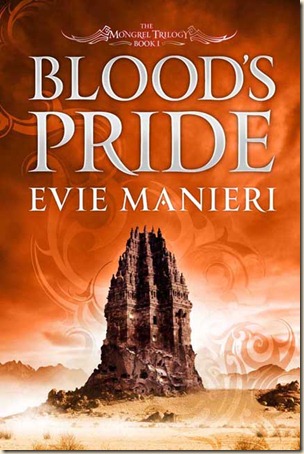 It’s book one in The Shattered Kingdoms series; so, without giving too much away, where do you see the series going in the future?

Each of the three books has its own arc and tells a complete story, but that said, there is a larger story taking place of which most of the characters in BLOOD’S PRIDE are still unaware. That will change in FORTUNE’S BLIGHT, as the action moves to the heart of the Norland empire (a land perpetually covered in ice and snow – very different from the landscape of Book I) and we learn more about the Mongrel’s recent past. STRIFE’S BANE will draw all the threads together. Though the scale is certainly epic, the story will be intimate as well, with each character on her or his own journey. 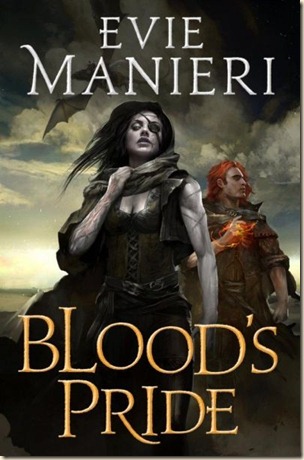 That’s a scary question, because inspiration is all a bit magical. Everything I’ve done or experienced or heard about or seen goes into the grinder together. But that said, I often recognize the inspiration for something after I’ve written it. For instance, it didn’t occur to me until quite recently that the opening image of the Mongrel coming out of the desert in all of her bad-ass glory was inspired by those wonderfully brooding westerns of the ’60s and ’70s.

It depends on what you consider genre fiction, but I still remember my mother reading Alice in Wonderland to me, and the thrilling and terrifying way it made the world feel off. When I was still quite young I was given the Narnia books, Roald Dahl’s Charlie And The Chocolate Factory, James Thurber’s 13 Clocks and Norton Juster’s incomparable Phantom Tollbooth. They’re all still on my shelf. (Thanks, Mom!)

Do I enjoy being a writer? If you’d ask me that question 18 months ago, I’d have heard “Do you enjoy being a magical warrior queen that lives in a house made of cake with her husband, Han Solo?” Yes. Yes, I do. Han, can you pass me some cake?

This is my first experience working with the publishing industry, and the way I see it, I have a whole crew of immensely talented people who are doing their very best to help me be a better writer and to write the best book I possibly can. That’s my dream, right there. I have learned so much already working with the amazing Jo Fletcher and my editor at Tor Books in the US, Stacy Hill. I couldn’t ask for more than that.

I don’t have any particular habits or rituals. I write every day, whenever and wherever I can. 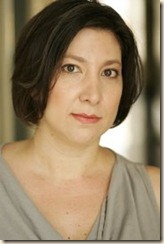 My fifth grade teacher, a wonderful man named Robert Frick, assigned us Madeline L’Engle’s A Wrinkle In Time. It was not a standard part of the curriculum and I think he got a bit of flak for it. That book flipped a switch for me. Reading about other worlds wasn’t enough after that: I needed to create them for myself. BLOOD’S PRIDE is dedicated to Mr. Frick for that reason, and with the fondest of memories.

My opinion is badly informed and mostly worthless, but I’ve been very excited to see the tremendous variety in the books that are coming out now, as well as the passion of the readers. I’ve also seen some great discussions happening about the characterization of women in fantasy. I have no idea where I fit in; I’m just hoping that the book and the audience find each other.

I won’t start thinking about a new project until I’ve delivered the last book in this series, but I’ll be shocked if it’s anything but fantasy. That’s just the way my mind works. For now, I’m staying focused on the journeys of these characters, learning from my mistakes, and making each book better than the last. 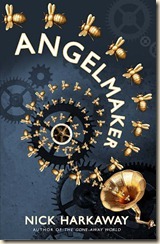 I just started Nick Harkaway’s Angelmaker. Not far in yet, but it’s got a great hook for me – if I had another lifetime, I would be a clockmaker. Automatons? That is some seriously sexy shit right there.

I avoid conflict whenever possible.

I am so brand new to all of this that I honestly have no idea. With the debut in the UK on August 30 and then the North American launch in February, plus the manuscript for FORTUNE’S BLIGHT, due soon, I’m just hanging on for dear life. I’m trying my best to enjoy the ride.