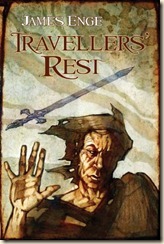 A quick spotlight on the new Morlock Ambrosius Novella

Travellers’ Rest is a short novella set a few years before the events of Enge’s Morlock Ambrosius novels, which has a growing, loyal fan base. It’s a bit difficult to review without ruining the story, but here’s the general gist:

Morlock and his trusty apprentice, the dwarf Wyrth, are on one of their many travels, and find themselves at a quiet roadside inn. The hosteller acts quite shifty from the moment they arrive, but we’re not left wondering for long what exactly is going on. All is going well until, while they wait for their lunch, a stranger comes in and demands the hostel owner give up his daughter. Morlock steps in, and takes it upon himself to investigate what has been going on. As it turns out, the settlement has been held hostage to a long-ago bargain with a bizarre, sadistic sorcerer who lives in the hills. This novella explains what happens when Morlock and Wyrth confront the sorcerer.

Travellers’ Rest is a very short introduction to Enge’s protagonist, the strange and unconventional Morlock Ambrosius. To borrow from Lou Anders’s introduction to the novella,

“Morlock is a swordsman, an exile, a hunchback, a drunk, and a wizard, though he himself would use the term ‘Maker’.”

Morlock is also a legend and the source of countless myths (not all good) about him. He is, after all, immortal. He’s certainly a most unconventional ‘hero’. In Travellers’ Rest we don’t really get too much of a sense of him, as he comes across as mainly taciturn and not entirely connected to the world around him.

The novella is a good introduction to Enge’s signature writing style, but I wouldn’t say it’s the best introduction to his character – that being said, Enge is a very good writer, so chances are you’ll want to give the novels a try after reading this. The short story in the Swords & Dark Magic collection (“The Singing Spear”) is probably a better introduction to the character, despite that story taking place after at least one of the novels.

[I am in the process of reading Blood of Ambrose, the first full-length Morlock novel, so expect a review at some time in the near future.]

If you would like to read Travellers’ Rest, a free ePub version is available here. It is also available for Kindle (or, to use the author’s phrase, as “Kindling”) for US and UK readers. 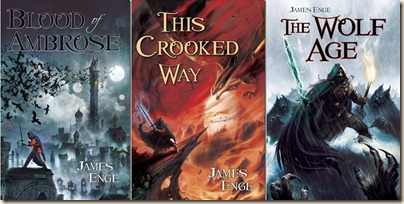