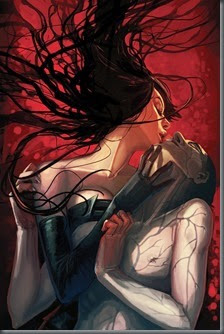 Even when there are only villains, being a hero makes you a…

Super-powered people are inexplicably rising from the streets and there’s a big problem: Too many supervillains, not enough superheroes. Heroes are dying, and cops are dying twofold. Humanity is underpowered in the face of their onslaught, and people are suffering untold casualties trying to stem the flow.

After barely surviving a super-powered bank heist gone horribly wrong, beat cop Leo Winters vowed to try and find a way to stop them. Following a lead, he discovered two lowlifes who seemed to be able to grant a person powers... for the right price. Thing is: you don't get to choose which power. It’s seemingly random, a crap-shoot, a risk. Will Leo decide to take that risk? And why is it that even the heroes in this world eventually break?

I have long been a fan of Mike Carey’s work – his comic-series The Unwritten and Lucifer (Vertigo) are easily among my top five favourites; and his most recent novel, The Girl With All the Gifts (Orbit) is one of my favourite reads this year. Carey’s new original ongoing series is a great one. Anyone interested in superheroes should check this out. 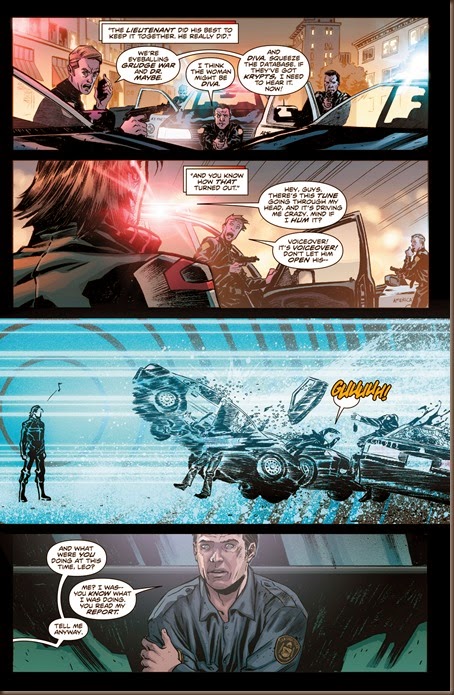 Suicide Risk is a brilliant new series. Like another Boom-published favourite, Irredeemable, it examines what we think it means to be a hero, the nature of power, and how humans deal with and confront the powerful. True, deconstructing the super-hero myth is not new, but Carey has managed to find a great, original spin on the subversion. Volume 1 ends on a cliffhanger that will have you desperate for book two. It’s still early days, so we’re only just getting the first glimpses of the larger story. Nevertheless, this book offers a great introduction to both the world Carey & Co. have created, as well as the place of superheroes within it.

The artwork, by Elena Casagrande (Hulk, Hack/Slash) is great, and beautiful throughout. It’s distinctive, but not in a way that is jarring or impenetrable (thankfully – I am still on the fence about styles that are a little too envelope-pushing, or take too many cues from Picasso…).

This is a great, gorgeous book, and I can’t wait to read the second book. Luckily, I already have it, so expect it to feature here very soon. Highly recommended.

Suicide Risk, Vol.1 is published by Boom Studios, and distributed in the UK by Titan Comics.

Posted by Civilian Reader at 7:52 PM