Guest Post: “On Change, Blood and Iron…” by Jon Sprunk 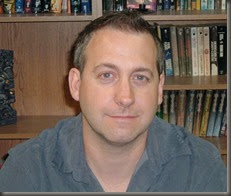 Hello everyone. I’m Jon Sprunk, the author of Blood and Iron (which came out last week) as well as the Shadow Saga, both from Pyr Books. I’m so glad to have this chance to speak to you. Today I’d like to talk about change.

Whoa, whoa. Don’t click away yet! I know everyone has a healthy mistrust for change, but I’ll keep it painless. Scoundrel’s honor.

What I mean by change are the differences between writing my two series. For those who don’t know my work, the Shadow Saga trilogy was about a lonewolf assassin named Caim. The new series, The Book of the Black Earth, follows the stories of three people caught up in the machinations of an empire ruled by sorcerers. 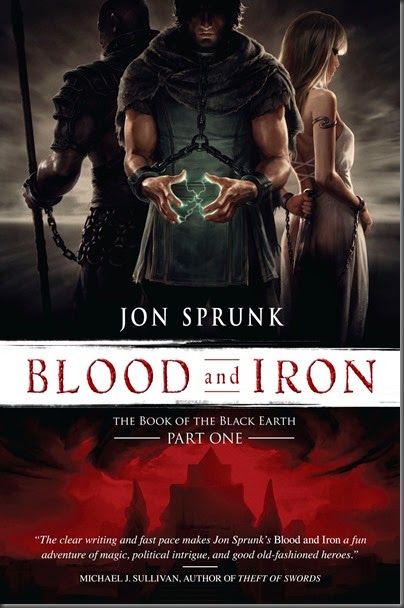 Besides the obvious story differences, I had a completely different experience writing these series. The Shadow books were all kinetic energy, with the characters bouncing from one perilous danger to the next. I likened it to the Bourne movies, but with more swords and arrows.

With Blood and Iron, I took a more deliberate approach. Does that mean it’s boring? I hope not. But it means that the action (and there is a lot of action) serves the story, rather than the other way around. I don’t believe one way is better than the other, but I’d done the “slash first and ask questions later” routine, so with the new books I wanted to try something different.

Speaking of action. Fight scenes. I love them and I’m not ashamed to admit it. And I love writing them. The biggest change in fight scenes between the two series is perhaps found in the mindsets of the major characters. As I said, Caim from the Shadow books is an assassin. He’s an expert knife-fighter, and killing is his business. The main character in Blood and Iron is a former shipwright and carpenter named Horace. While not a coward, Horace isn’t accustomed to confrontation. When he is taken captive by his enemies, it seems he doesn’t have any tools with which to fight them… until he discovers a latent talent for sorcery. Yet, even once Horace begins to learn about his new power, he isn’t as cutthroat (pardon the pun) or proficient in combat as Caim the Knife. Like most of us “real people,” fights typically happen to Horace, whereas Caim has no problem looking for trouble.

One thing I’m commonly asked is what I’ve learned since writing my first book. That’s not easy to answer. It’s a difficult thing to gauge your own progress. I feel more in control of my stories now, that I’m in a better position to try new things and push my personal envelop. As a lifelong lover of old-school sword & sorcery, the Shadow books were right in my wheelhouse. I also read a lot of epic fantasy, but I have to confess I was a little anxious approaching the new series. Epic usually means a bigger story world, a larger cast, more emphasis on the big picture. Big everything! But what I attempted to do (and perhaps some of you who read Blood and Iron will tell me if I’ve succeeded) was to take the cut and thrust dynamics of S&S and apply that to an “epic” setting and “epic” themes. In short, I wanted to have the best of both worlds.

Well, that’s it for today. I hope I was at least marginally entertaining.

Be well and keep reading.

Jon Sprunk is the author of Blood and Iron as well as the Shadow Saga (Shadow’s Son, Shadow’s Lure, and Shadow’s Master). He’s also a mentor at the Seton Hill University fiction writing program. Be sure to check out his website and follow him on Twitter and Facebook. 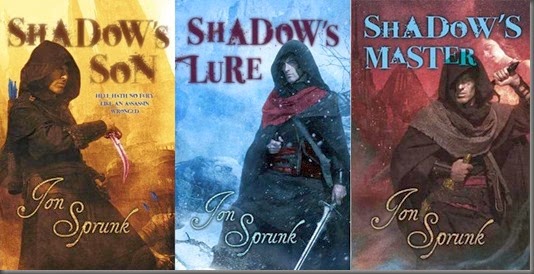