An Interview with JUSTIN GUSTAINIS 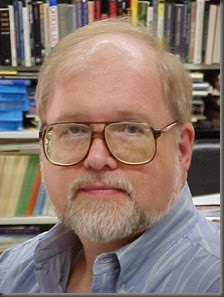 Let’s start with an introduction: Who is Justin Gustainis?

I’m a college professor living in upstate New York. Writing fiction satisfies my soul (most days, anyway), but it’s my career in academe that pays the bills. At other times in my life, I’ve been a busboy, garment worker, soldier, speech writer and professional bodyguard (which wasn’t as glamorous as it sounds – I never got to meet Whitney Houston, or anyone like her).

Your next novel, Known Devil, was published by Angry Robot Books in February 2014. It is the third novel in your Occult Investigations Series. How would you introduce the series to a new reader, and what can fans of the first two books expect here? 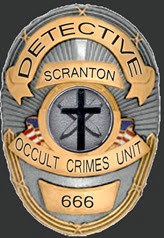 The series is set in an “alternate” universe, one where supernatural creatures really exist, and everybody knows it – in other words, there’s no “masquerade.” Supernaturals (or “supes,” as they are often known) are accepted as part of human society, which is not to say there aren’t moments of friction. When the friction involves breaking the law, that’s when folks in Scranton, PA, send for my protagonist – Detective Sergeant Stan Markowski of the Scranton Police Department’s Occult Crimes Unit. As Stan says in the beginning of Hard Spell (the first book in the series), “When a vamp puts the bits on an unwilling victim, or some witch casts the wrong kind of spell. That’s when they call me. My name’s Markowski. I carry a badge.”

In supernatural Scranton, the Occult Crimes Unit is kept pretty busy, what with the torture-murder of a wizard, a serial killer who’s targeting vampires, violence on the part of a “human supremacist” group and the distribution of supernatural “snuff films.” But in Known Devil, the shit has really hit the fan. 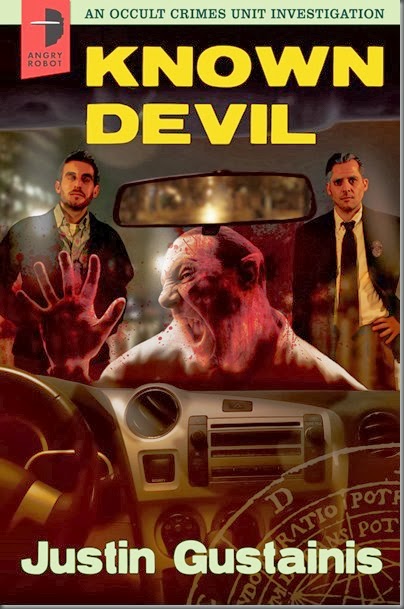 Supernatural creatures are generally immune to human recreational drugs (apart from goblins, who have demonstrated an unfortunate fondness for crystal meth), but that’s about to change. A new drug called Slide has hit the streets, and it has the power to addict all species of supes. The first indication Stan has of this development is when a couple of junkie elves try to stick up a diner where Stan and his partner are having their coffee break. Things don’t go too well for the elves on that occasion, but Stan finds this new drug very worrisome.

As a direct result of the Slide trade, a war has broken out in the streets between two gangs of vampires. The “family” that controls crime in Scranton wants to keep the drug out, because it has the potential to harm their own kind. But a branch of a powerful Philadelphia gang is trying to muscle in so they can sell the drug, with resulting carnage throughout the city.

And somebody has just blown up Victor Castle, the head of the city’s supe community. Castle had a history of cooperating with the police in matters involving supes, and someone has decided he doesn’t like that. Castle’s likely replacement is a vampire who frequently refers to humans as “walking bloodbags.” 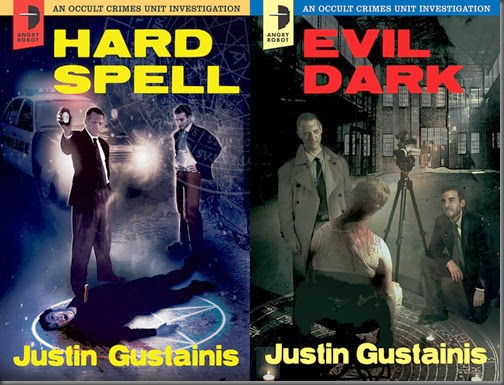 Then there’s the upcoming municipal election. A well-funded bunch calling itself the Patriot Party has arisen in Scranton, and their platform is dead-set (so to speak) against supes. If the Patriot party wins the election, Stan fears that their anti-supe views will result in a different kind of war in the streets – a war between supes and humans. 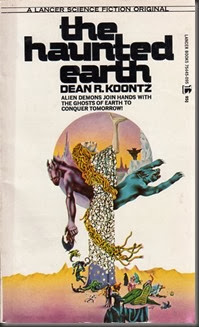 More than thirty years ago, I read a novel called The Haunted Earth by a little-known writer (at the time) named Dean R. Koontz. It’s set in a world where the supernatural is known and accepted, and I think the first chapter had an influence on me, though I didn’t realize it at the time. A vampire, Count Whoever, is in the process of seducing a woman into the joys of sanguinary delights. But, according to a Supreme Court decision, there is a procedure for such matters that he has to follow, securing permission for each seductive act. “May I touch your neck?” “Will you gaze deeply into my eyes?” “Are you aware of the potential dangers to yourself if this process continues?” Unknown to the Count and his lady friend, they are being watched by a private eye and his partner, a talking hellhound. When the Count gets excited and starts skipping steps and cautions, the private detective bursts into the room, crucifix in hand, and banishes the Count into celibacy – for that night, anyway. The rest of the novel veers into something more like science fiction, but that chapter stayed with me for some reason. I think it was the seed that eventually led to the creation of Detective Sergeant Stan Markowski of the Scranton PD’s Occult Crimes Unit. 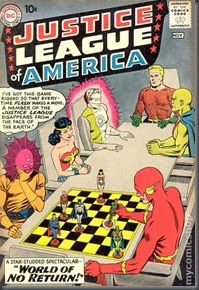 I read comic books since I was old enough to read (in my case, age four) and followed every superhero there was (of course in those days, there were a lot fewer of them; the first Justice League of America pretty much contained them all). As an adolescent, I moved on to “books for boys.” This included the Hardy Boys, but my friends and I were more into something called the Rick Brant Science Adventures. Then, in eighth grade, I discovered Ian Fleming, Raymond Chandler, and Bram Stoker – all within the same year. The rest, as they say, is history – or at least genre fiction.

I have had to face the hard truth that writing may be an art, but publishing is a business. And in business they have these things called “deadlines.” Me and deadlines, we don’t always get along so well, sad to say. But I keep trying.

What's it like, being an author? Is it what you expected? Do you have any specific working, writing, researching practices?

I was explaining to someone (in another interview) recently that like most things, being a published author looks a lot cooler from the outside than it does from the inside. Or, to put it another way, the charm of anything wears off after a while, and it just becomes what you do. Don’t get me wrong – I remember how hard it was to break in. My first novel took a year and a half to write (I have a day job, remember) and then five years to find a publisher. And I’m mindful that there are probably a great many would-be authors who would kill several family members just to be where I am now, career-wise. All I can say to them is, it looks better from a distance, guys. After a while it’s just… work. Of course, then a new book comes out with my name on the cover, and I remember why I started this gig in the first place.

As for my most common writing practice – procrastination. Definitely.

In high school, I used to amuse my friends by writing spy “novels” with them as characters. Then, when I was in my mid-twenties, I got it into my head that I could write mystery/crime/suspense stories. I had a few ideas, which I turned into stories that, I realize now, were just awful. I sent them out to the top mystery magazines of the day and waited for the checks to come in the mail. Imagine my surprise to receive nothing but rejection slips. I was an idiot, with no idea about either how to write or how to get published. But I was so disheartened that I didn’t try again for over twenty years. Things worked out a little better, that time. 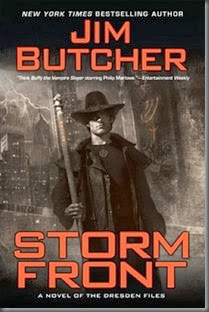 If by “the genre” you mean urban fantasy, I’d have to say that it has far too many good writers in it. If some of them would have the good grace to die, I bet my books would sell a lot better. Curse you, Jim Butcher! I don’t really mean that, of course. Jim Butcher is a guy whose immense talent is matched only by his generosity of spirit. He was very kind to me when I was starting out (the second time, I mean). He gave me encouragement, and even a nice blurb for the cover of my first novel. Jim rocks.

Known Devil is the third novel in a three-book contract, so whether there are any more stories about Stan Markowski depends on the publisher, Angry Robot Books. However, I also write a series for Solaris/Rebellion. It features occult investigator Quincey Morris (descended from the Texan who helped Van Helsing kill Dracula) and his business partner, white witch Libby Chastain. Those guys do operate in a “masquerade,” by the way. They’ve appeared in three novels and two novellas so far, and I’ve got a contract for another novella, which is in progress. There was some Hollywood interest in one of the Morris and Chastain books a while back, but nothing every came of it. 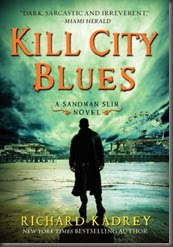 I don’t have as much time for leisure reading as I’d like, but I’m three-quarters through Kill City Blues, by Richard Kadrey. I love his Sandman Slim novels (of which this is the latest). James Stark is almost as big a badass as Stan Markowski.

Hmmm. That I once dated a nun? I guess you might say that I wanted to get into the habit.

The start of summer vacation in May. Oh, and no snow for a while – please, God, no more snow.

Be sure to check out Justin Gustainis’s website for more information about the author’s work and novels.