An Interview with TAYLOR STEVENS 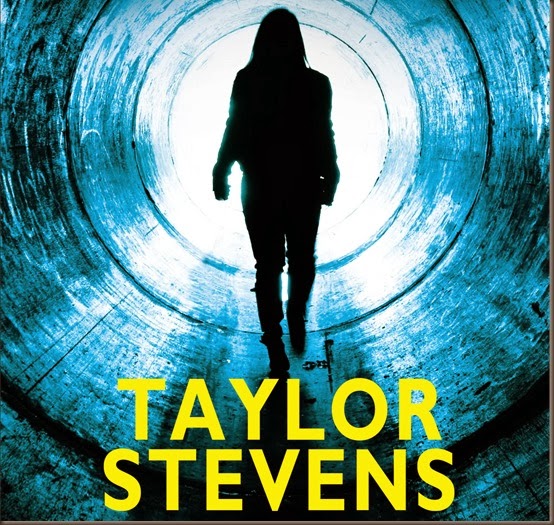 Taylor Stevens is the author of the new thriller THE INFORMATIONIST. It has an interesting premise and a pretty unique-seeming protagonist. Naturally, I wanted to learn more after the book arrived in the mail, and so Stevens’s UK publicist (Arrow) kindly set up this interview…

Let’s start with an introduction: Who is Taylor Stevens?

I’ve been asked many, many questions but this is the first I’ve been presented with this one, so let’s see: Officially, Taylor Stevens is an award-winning, New York Times bestselling author, whose books have received critical acclaim, are published in over twenty languages, and whose first title, The Informationist, has been optioned for film by James Cameron's production company. Unofficially, Taylor Stevens is a harried, fulltime working mom, who juggles after-school activities and all the crazy that goes into running a household, with making up stories to pay the bills.

Your latest novel, The Informationist, was published by Arrow in December. How would you introduce the novel to a potential reader? Is it part of a series?

The Informationist is the beginning of tragic, intense, victorious, globe-trotting, rollercoaster-ride of a kick-butt series, though I had no idea that would be the case when I wrote it. As readers, we tend to categorize books because this allows us to explain in quick brushstrokes how they fit into the reading experience. For that reason, these stories are labeled thrillers, although there is more to them than that. They are in the vein of Jason Bourne, or James Bond, or Jack Reacher—albeit with a woman in the lead who could go toe-to-toe with any one of the men.

Well, the impetus and inspiration winds so far back that we would take pages to get to the root of it, but in its most concise version: I had lived in Equatorial Guinea, a tiny island off the coast of Central Africa, for a little over two years. When I made the decision to start writing, it was because I wanted to bring this country to life for readers who might never have the chance to visit. Without a doubt, the first two books are drawn heavily from things I lived and experienced, but we’re heading into the fifth book now and, as I often joke to my readers, “I only have so much life trauma to pull from and I’d really like to keep it that way.” World news and current events work quite well as alternative source material. 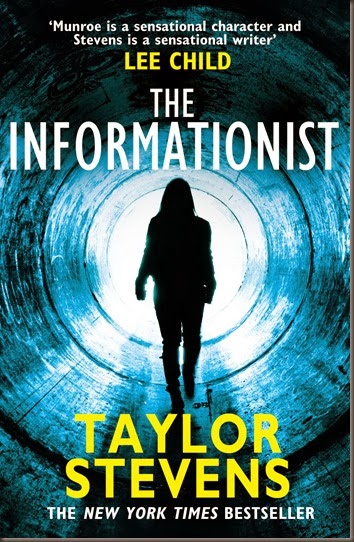 How were you introduced to thrillers/crime fiction?

Somewhat by accident, I think. When I first began writing fiction, I had no concept of genre. I had been born and raised in a very strict, isolated, and controlled religious environment in which my education stopped completely when I was 12 years old. We weren’t allowed to watch TV, or listen to music from the outside, and were also forbidden from reading fiction. When finally I was free of that and able to make my own choices, not only did I have no reference as to what authors to read, I was too poor to go to bookstores to buy books. Everything I read came to me second hand, and as it was, most of the novels were suspense and thrillers. So I came to fiction with the understanding that stories were meant to be “exciting,” and that was what I emulated when I began to tell stories of my own — which actually worked out quite nicely given that writing suspense is what I’m good at.

I cannot even imagine what life would have been like had this whole “writing thing” not worked out. I’m overwhelmed by the goodness that has come through the publication experience, ever grateful for each day that passes wherein I’m able to pay the bills while still being available for my children. That said, I do not really consider myself a “creative” or even a “writer” so much as a storyteller who happens to use the written word as the medium for communication. My personality is more inclined toward spread-sheets and paperwork, so imagining the stories to life is what’s most difficult about the process. Once the stories are built, the bean-counter in me gets to have fun with the editing and tightening, which is handy I suppose, because revision is where the craft lies. As far as writing and researching practices, these have changed often throughout the years, but the one thing that has been consistent is “butt in chair.” That’s the only way to get a book written. 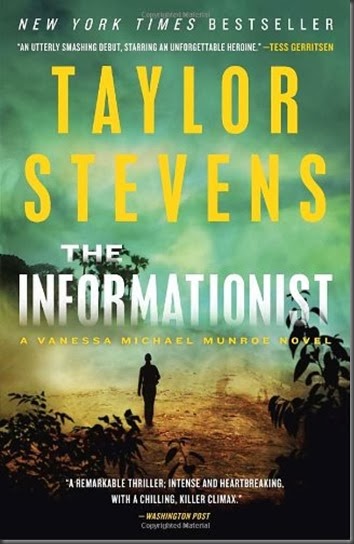 The Informationist US Cover

You see, this is a very difficult question to answer. Growing up, I had no concept that “being an author” was even an option. Thoughts of becoming a doctor or lawyer, bartender or chef were as foreign as those of becoming a handyman within one of the communes — which, in our culture, was strictly a male job. As a girl, the best I could hope for was to become a personal assistant to one of those higher up the cult food-chain, and in my early twenties I did wind up in that unpaid position for a few years. As children we were essentially child labor, and as we had no mental stimulation and we were so bored, I would make up stories for entertainment. When I was fourteen, I started writing them down, but this turned out very badly. When my notebooks were discovered, I was isolated from my peers and the “demons” “exorcised” and my writing was confiscated and burned. I was told never to write fiction again, or else. I was in my thirties, at home with two babies, when I realized that I wanted to give storytelling another try. But I didn’t start writing with the idea of “becoming an author.” I wrote just so I could say I had finished a book, and to give a finger to the people who had controlled me in the past. There was no way I could have possibly predicted or even imagined what would follow from the determination to see that one decision through. 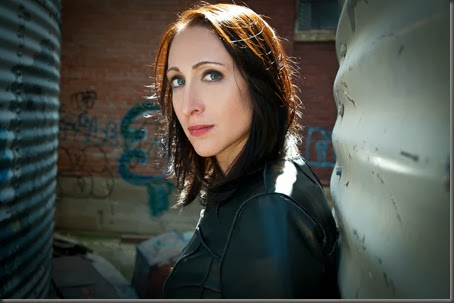 To be honest, I have no idea. I’m still sorely under-read and rather painfully oblivious to current trends. I know that there is so much available for readers to explore and that my books are just a drop in a vast ocean of goodness. I’m completely honored to be part of that ocean, though, and treasure every one of my fans and readers — they’re the ones who’ve kept me in business and I owe them a huge debt of gratitude.

The next in the series, THE INNOCENT, takes readers inside the cult of my childhood. It is as close to real life as I could get in a genre-specific, word-count based, fictional format. For that reason, it is more psychological and has less blood and violence than the first — but the realism is uncomfortably accurate. The high octane continues with THE DOLL, and in the United States we are now getting ready to publish the fourth in the series, THE CATCH. I’m excited because with each new title I hear from more readers, and I do love to interact with my readers. For those who are interested, I email regularly via my website. 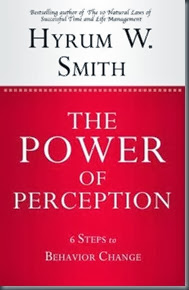 I’m a firm believer in the need for continual self-growth. I feel that the more I am able to shed bad habits and wrong ways of thinking, the happier and more balanced my life will be — and there is always room for improvement. I have just finished Power of Perception by Hyrum W. Smith. It’s a tiny book, basically the direct transcript of a speech that he gives, but the principles, simple as they are, are life-changing. Based on how much I appreciated the speech, I purchased two of his older books, 10 Natural Laws of Successful Time and Life Management and What Matters Most: The Power of Living Your Values, and plan to start them shortly.

Considering the characters that I write and the life background I’ve risen from, readers are often surprised—perhaps disappointed—to discover that I’m very sweet, happy, empathetic, content, and polite in real life. I also cry when I see or experience something beautiful, or when something makes me happy (which is often).  And I hate suspense and blood and gore, which I find hilarious, seeing as that’s exactly what I write. I suppose it’s different with my own work because I get to control the story and I know how it ends. I love spoilers. Sometimes that’s the only thing that will get me to watch a particularly suspenseful movie. With suspenseful books, I have to read the last chapter first.

Over the past few years, during quiet spells, or while waiting to receive material back from my publisher, I’ve worked on side project geared more toward a younger audience. Oblivious as I am, I couldn’t say what genre the book is, only that it’s not a thriller. I finally finished the writing just last month and the response from test readers has been quite enthusiastic. The manuscript is in the hands of my agent now, and I’m nervous because it’s unlike anything I’ve done before. If I could have a wish granted over these next twelve months, it would be to see something wonderful happen with that story. I’m also quite excited to begin on the fifth book in the Vanessa Michael Munroe series.

Be sure to visit the author’s website, and follow her on Twitter and Facebook, for more information and news. The Informationist by Taylor Stevens is available now (Arrow Books in the UK, Crown in the US).