An Interview with SIMON BECKETT

Simon Beckett’s Stone Bruises is one of my most-anticipated thriller novels of 2014. I was very happy, therefore, to get the chance to interview the author. Read on, fair reader, for Beckett’s thoughts on writing, his latest novel, and more.

Let’s start with an introduction: Who is Simon Beckett? 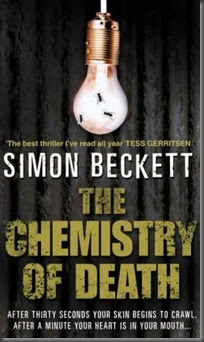 I’m the author of four crime thrillers featuring David Hunter, a British forensic anthropologist. I’ve worked as a freelance journalist for most national newspapers and colour supplements, and the idea for the Hunter series came after I was commissioned to write a piece on the Body Farm in Tennessee, where real human cadavers are used to research decomposition. It was a gruesome but fascinating experience, and provided the basis for the first David Hunter novel, The Chemistry of Death. My aim was to draw on some of the forensic techniques I’d seen used in the US but with a British main character and a British setting. And to make it scary, as well.

I thought we’d start with your fiction: Your latest novel, Stone Bruises, will be published by Transworld in January 2013. How would you introduce the novel to a potential reader? Is it part of a series?

Stone Bruises is a standalone novel rather than part of a series. It’s a psychological thriller that opens with a young British man, Sean, abandoning a bloodstained car in rural France. He’s obviously traumatised and on the run, although we don’t know what he’s trying to escape from. When he’s badly injured in what might be described as “suspicious circumstances”, he regains consciousness to find he’s being cared for by two young women on a dilapidated farm. He’s not sure if he’s a patient or a prisoner, but despite falling foul of the women’s violent father, he begins to regard the farm as a perfect hiding place. Except that he’s not the only one with secrets, and as his own story emerges we come to realise this might not be the idyllic retreat that Sean imagines.

I don’t think I could say anything inspired me, as my ideas tend to come from a variety of different sources. But when I was younger I hitchhiked in France myself, so I know how remote some parts are – and how difficult it can be to hitch a lift. So I came up with what I thought was a strong opening scene, and then built the story and character from there. 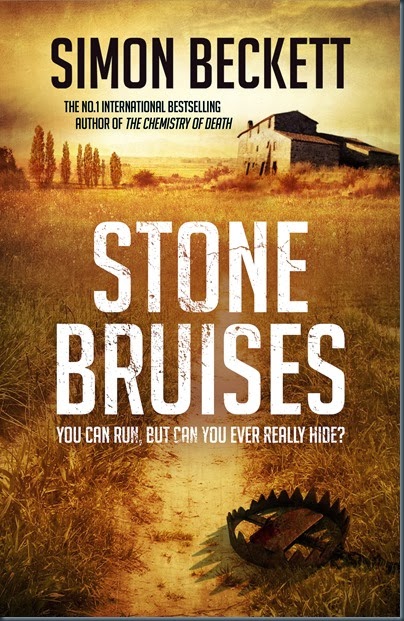 I read a lot of horror and science fiction as a kid, and then started reading crime after someone recommended Raymond Chandler. That was quite an eye-opener, as until then I’d thought crime was all fusty, murder-in-the-drawing room-type-stories. It made me realise that what's loosely categorised as “crime fiction” can cover a huge range of different styles and stories.

I’m lucky being able to make a living doing this, although it isn’t something I take for granted. I always try to make each book better than the last, which can make life difficult sometimes but stops you becoming complacent. I try to work more or less office hours, but that often goes out of the window. The main thing is to be disciplined, and keep going. 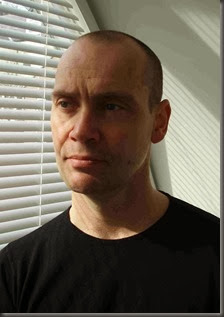 I’ve always enjoyed writing, and took an English degree that had a creative writing element. But after I graduated I found I’d nothing to write about and stopped altogether for a few years. I wound up doing various jobs, from playing in bands to property repairs, but at the back of my mind I still had an urge to write. Then I got a job teaching English as a foreign language in Spain, and since I only worked evenings I had a lot of free time. So I started writing again, but even then it still took me several years to actually get anything published.

I think crime fiction seems very healthy at the moment. It’s hugely popular and I think maybe there’s less literary snobbery towards it now than there used to be. Which is only right: some crime fiction is good and some isn’t, just like anything else. As for where I fit in, I don’t really think of it in those terms: I just write the best stories I can, and try to make them as believable and unpredictable as possible.

At the moment I’m working on the next David Hunter novel. 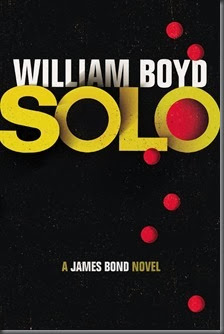 I’m reading Solo, the new James Bond thriller by William Boyd. I’m a long-time fan of Ian Fleming’s original Bond novels and Boyd is a very good writer, so I have high hopes.

Hard to say. I play percussion – congas and bongos – though not as much as I used to. I suppose that might surprise a few people.

I try not to think too far ahead. But I’m looking forward to Stone Bruises being published in January.

Stone Bruises is published tomorrow in the UK, by Bantam/Transworld Books.