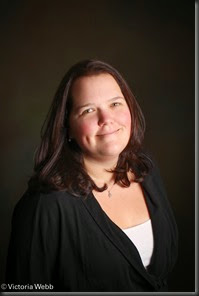 Erika Johansen’s The Queen of the Tearling has been getting some great press ever since WFC 2013 (at least, that’s when I heard of it). The novel finally hits shelves in the UK today, and to celebrate its release, not only do I offer the interview that follows (organised by Transworld), but I also have one copy of the novel to give away to a UK reader! Details at the end. But first, the interview…

Can you give us a brief introduction to The Queen of the Tearling?

A 19 year-old girl, Kelsea Glynn, is the heir to the throne of a degenerate kingdom. Having been raised far from the capital city, she’s not prepared to be the Queen, but she will need to learn quickly. Both the neighboring ruler and Kelsea’s own uncle would like to see her dead. Her kingdom is a mess, drowning in corruption and inequality. All Kelsea has are a strong moral compass, a lot of courage, an unwieldy temper and two hereditary sapphires which may or may not be magical in her hands.

Who are the main characters of the book?

The main characters include Kelsea, the Queen; Mace, her Captain of Guard; the Red Queen, who rules the neighboring kingdom; Javel, a guard in the Tear castle; and Father Tyler, a priest in the Tearling’s central church. Please don’t ask me to explain in a nutshell how they intersect. 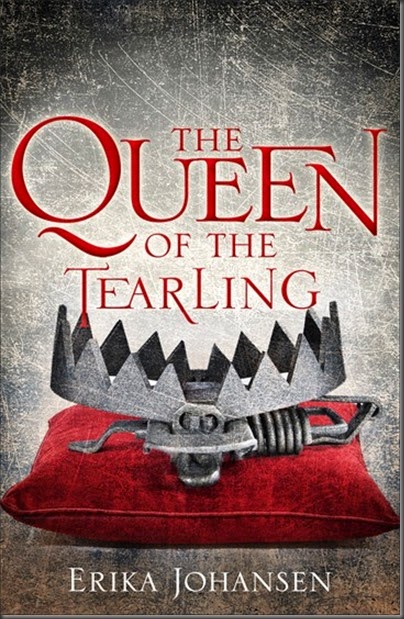 What is the one thing you hope the reader will take away after reading the novel?

This is fairly presumptuous of me, but ideally, I would hope to instill some sense of civics, of the social contract. I can’t speak for the rest of the world, but there is certainly a large and vocal contingent in my own country that believes it’s perfectly reasonable to grab whatever one can for oneself, and worry about the broader effects on society later, if at all. But I consider America’s subtle moral acceptance of this “I got mine” philosophy to be absolutely toxic to the creation of a healthy society. I’m no philosopher, and I certainly don’t have the intellectual depth to tackle this subject properly. Writing fiction is really the only way I can engage with ideas. At its most basic level, The Queen of the Tearling is about a young woman who has been raised to think about the impact of her actions, not just on herself and her nearest and dearest, but on everyone. Sometimes we simply have to take care of each other: neighbors, strangers, even enemies. This is the only way for a community to succeed. My heroine, Kelsea, is often confused about the “right” thing to do, but when she acts, she consistently tries to choose what’s right for her kingdom as a whole, rather than for herself. If even a tiny fraction of the energy that individuals currently expend on self could be redirected toward the community, I think it would be an extraordinary thing to see.

Kelsea Glynn is the novel’s protagonist – a strong, intelligent character with her own insecurities. Can you tell us a little bit more about the inspiration behind Kelsea, and what sets her aside from other protagonists in the genre?

I have grown extremely tired of reading books in which the female protagonist – even if she’s a strong character – is driven by her love life. I’m also tired of books in which the attractiveness of the heroine is a central plot point, a factor that changes the entire landscape of the novel. Such women can be good entertainment, but to my mind, many of them also make poor role models. I’ve been longing for a book in which a woman can be a strong central character without everything revolving around her looks or her romantic life. Kelsea Glynn is not good-looking, and like many teenage girls, she is tormented by all of the feelings of inadequacy that go with that realization, particularly since it seems to put the man she loves out of her reach. But Kelsea does not let her insecurities control her destiny, or even pay them much mind most of the time. She’s a Queen, and she has more important things to worry about than being pretty. This is not to say that Kelsea is unique; I’m sure there are plenty of similar heroines out there and I’ve simply been reaching for the wrong books. But many of the book’s early reviews have specifically referenced deep pleasure – not to mention surprise – that in a book with a female protagonist “there is no romance!” So I guess I’m not the only one fed up with the formula.

Who are your favourite authors? Were you inspired by them when writing The Queen of the Tearling?

My three favorite authors are Stephen King, William Faulkner and Sara Paretsky. Of the three, I can’t really say that any of them directly inspired this trilogy, except perhaps for Stephen King’s The Eyes of the Dragon, a wonderfully plotted dark fantasy that I have always admired. The Tearling probably drew more inspiration from individual books that I love: Frank Herbert’s Dune; Marion Zimmer Bradley’s The Mists of Avalon; Richard Adams’s Watership Down; and Terry Brooks’s Heritage of Shannara series all spring to mind. And, of course, anyone who writes any fantasy, ever, should probably toss an amorphous thank-you in the direction of J.R.R. Tolkien, who showed us how it should be done. 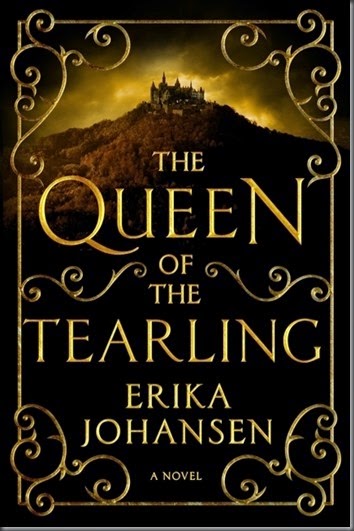 Setting is hugely important in The Queen of the Tearling, what’s most interesting is how the kingdom feels very ‘Medieval’ even though it’s set in the future. Could you talk a little more on why you chose this setting?

This kingdom is essentially medieval; no electricity, little technology, a lot of superstition. But I chose to set it in the distant future for a pretty prosaic reason: because I wanted my kingdom – and my heroine in particular – to have access to earth’s history, to past nations’ mistakes. The age-old wisdom that there’s nothing new under the sun is in heavy play in the Tearling; all of the mistakes my characters make have certainly been made before. I wanted the ability to shed historical perspective, particularly since my fictional Queen was raised by a historian.

You’ve described yourself as a “Horror reader, Fantasy writer” – can you expand a little on this, and why you chose to write Fantasy and not Horror?

I can’t write good horror. I’ve tried for years; horror is by far my favorite genre to read, and I would love to be able to give any reader the kind of joy I’ve received from King and Straub and Matheson and Lovecraft and the rest. I had youthful dreams of writing a great haunted house novel, of creating an utterly damned edifice to rival Hill House or the Overlook Hotel. But all of my attempts at writing horror have been uniformly terrible, and I finally had to admit to myself that I just don’t have any talent for it. But I wasn’t willing to return to writing about the real world, so next I tried fantasy. Interestingly enough, I’m not that much of a fantasy reader, at least in terms of breadth. I like several fantasy authors quite a bit, and The Lord of the Rings is my all-time favorite book, but the vast bulk of my reading material comes from other genres. So in writing this trilogy, I’m often flying blind, not always sure of the parameters of fantasy. There’s a point at which idea becomes trope, and sometimes I fail to recognize it. Thank god I have an attentive editor, though even she can’t always save me from myself.

How much involvement have you had thus far in the film adaptation of The Queen of the Tearling?

Very little, all on the writing end. The book has been given to a screenwriter who is not only talented but – as any reader will quickly see – extremely courageous in the undertaking. This book constantly refuses to answer the reader’s questions, because I wrote it specifically for readers like myself. I love a book that doesn’t tell me everything I want to know, one that gives me sufficient information to follow the plot but still keeps me constantly questioning. But one of my first thoughts when the word “film” came up was that the book would be a nightmare to adapt for screen, precisely because so many questions will not be answered until either the first or second sequel. Readers have far more patience with this sort of multiple-installment ambiguity than viewers do. So my involvement with the film thus far has consisted of trying to help the screenwriter maintain consistency in this incredibly secretive world, while not giving away anything I want to keep secret. It’s a rough balance to strike, and should the film ever come to fruition, the screenwriter will likely deserve a medal of some sort…perhaps for artistic bravery, certainly for saintly patience with the source.

You can find an excerpt from The Queen of the Tearling over on Tor.com.

Giveaway Details: As I mentioned at the top, I have one copy of the novel to give away. I’ll leave this open for the weekend, and pick at random one commenter to receive the book. Just to repeat, the giveaway is UK only. (Sorry everyone else!)