How awesome is this cover for Charlie Human’s second novel, Kill Baxter? 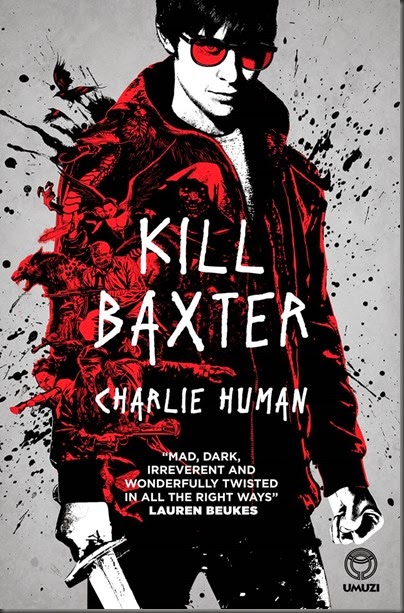 It’s by Joey Hi-Fi, who has now done four covers for Charlie’s novels – one for each novel for the UK and South African markets. Here’s the synopsis:

AND HE THOUGHT THE HARD PART WAS OVER.

Instead he’s packed off to Hexpoort, a magical training school that’s part reformatory, part military school, and just like Hogwarts (except with sex, drugs, and better internet access). The problem is that Baxter sucks at magic. He’s also desperately attempting to control his new ability to dreamwalk, all the while being singled out by the school’s resident bully, who just so happens to be the Chosen One.

Here are the other three covers: 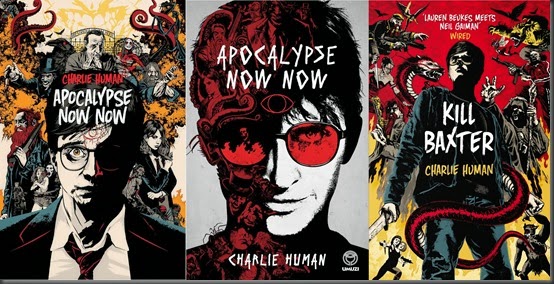 Quite like the way the two Apocalypse Now Now cover have close-ups of Baxter and what’s going on inside his head, while the Kill Baxter covers have pulled back a bit.

Kill Baxter is published this week in the UK by Century, and will be published in South Africa by Umuzi/Random Struik and the US by Titan Books. I’m not actually sure when Apocalypse Now Now and Kill Baxter will be officially released in the US.

For more on Charlie’s novels and writing, be sure to follow him on Twitter. Also, check out my review of Apocalypse Now Now.