Link: An Interesting Article about Literary Agencies & One of the Most… Ornery of Agents 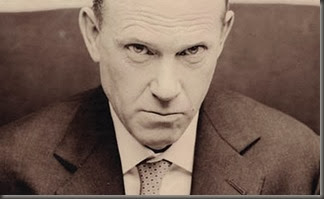 Over on TNR.com (the online home of The New Republic), they have recently posted an article about the “Andrew Wylie Rules” and the eponymous Wylie Agency. It’s comprised of a short introduction followed by an interview by Laura Bennett with Wylie himself, in which they focus a fair bit on Amazon’s new publishing ventures.

“Among literary agents, Andrew Wylie is as old school as they come. Dubbed ‘the Jackal’ for his aggressive poaching of other people’s clients, his distaste for commercial fiction and his disinterest in social media is legendary. He is the reigning king of the backlist, profiting mainly off classic titles rather than taking risky bets on new ones. His only criterion is enduring quality, and his client list is eye-popping: Amis, Nabokov, Bellow, Rushdie, Roth.”

That client list certainly is eye-popping. It’s massive! And I recognised very few of the authors listed, save those names everybody knows – those writers who have either transcended the notoriety of most authors (no disrespect intended, there, despite how it sounds), or public figures who have gone on to write (e.g. Kofi Annan). Literary Agencies continue to be rather misunderstood institutions – they don’t get a whole lot of press, in my experience, and as a result they have a rather strange place in the minds of SFF (or reading) fans. As someone who currently works for a literary agency, I thought this was an interesting look at how someone else does it.

Here’s what Wylie had to say about Amazon’s new publishing business:

“I believe that Amazon has its print publishing business so that their behavior as a distributor of digital content can be misperceived by the Department of Justice and the publishing industry in a way that is convenient for Amazon’s bottom line.* That is exactly what I think.”

* Wylie’s argument: Amazon wanted to enter into the publishing business to avoid being accused by the DOJ of trying to create a monopoly over e-book sales and distribution.

It’s an interesting piece. If you’re interested in the publishing industry, I’d recommend giving it a read for just one perspective on one of the major new developments.