An Interview with REBECCA ALEXANDER

Rebecca Alexander is the author of the much-anticipated The Secrets of Life and Death, which was published today by Del Rey UK. I caught up with the author, and asked her about her novel, her writing practices, and more…

Let’s start with an introduction: Who is Rebecca Alexander?

I’m a writer with one foot in the occult and the other in crime. This is perfectly normal for a psychologist, I used to meet the most interesting people in my job. I’ve worked with people in all categories of prison; with people in the community who ought to be in prison; and some very intriguing people who explore the occult. I’m also fascinated by folk beliefs and magical thinking – the belief ordinary people have in magic that they are not always aware of. Once you’ve literally had tea and biscuits with a pair of heathens, a few druids and a chaos magician the lines between real life and fantasy get blurred.

Your latest novel, The Secrets of Life and Death, is published by Del Rey UK. How would you introduce the novel to a potential reader? Is it part of a series?

Secrets is the first book in a three book series about sixteenth century sorcery used to keep people alive (who should be dead). I’m a huge fan of Kelley Armstrong, and I loved her world of inter-related characters. Her first books were about werewolves, then the next about witches, and so on. I’ve written the first two books of the Secrets trilogy for Del Rey UK, and hope to complete book 3 this year. But I also have a prequel called A Baby’s Bones about the archaeological discovery of a dead baby in a well, and a plan of book 4 which focuses on one of the smaller characters, Pierce, who may or not be quite human. I was partly inspired by working with dying people who had outlived their expected life span, and would describe it as “living on borrowed time”. I also cared for my own daughter through a terminal illness and remembered that desperation to try something, anything that would save her. If someone had proposed a spell I would have tried it. At that point I probably would have sold my soul to save her, it’s what parents do.

I fell in love with science fiction (H.G. Wells, Edgar Rice Burroughs) before my teens. I progressed through historical romance (Georgette Heyer), fantasy (Bram Stoker, Ursula Le Guin), and horror (Dennis Wheatley) before my brain really processed that it wasn’t all real. I have carried on reading across all sorts of genres, and find some of the best crossovers in children’s fiction (like Neil Gaiman’s The Graveyard Book and Patrick Ness’s The Knife of Never Letting Go). It’s not surprising that I write across a couple of genres at a time. 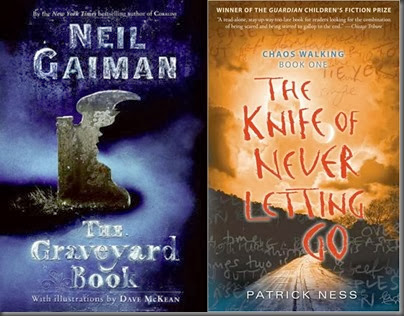 I found transferring from a ‘hobby’ writer, to a professional writer quite easy, as far as the writing went. I had developed a writing habit of a minimum of 500 words a day when I started doing an Open University course a few years ago, and that built up to 1000 words a day during my MA.

But the publishing industry was completely different to any I’ve ever worked within. It turned out to be a very small world of people, many of whom have a lot of influence, and seem to know lots of other agents, editors, publicists etc. That’s not a bad thing, just strange to me. If I started a new job as a psychologist I would be employed, have a line manager, supervisor and strict hours and conditions, clinics and appointments. I have to be proactive and disciplined to write and edit the books, but I also have to be reactive to suggestions from the publisher. It’s all good, but it seems strange at first not to hear from people for weeks or even a month or two, then suddenly there’s a flurry of emails or calls about editing a book or the launch. It keeps the excitement levels up.

I can’t remember not wanting to be an author. Living within a world like Narnia or down the rabbit hole with Alice for hours at a time develops the imagination. I started writing books as soon as I could write (sadly, not legibly, so I don’t have any of my first stories).  I started writing seriously in my teens. I was also an insomniac, I still am, and started telling myself stories to get to sleep. I still do, I’m presently ‘working’ on a retelling of a legend of a ghostly hunt by bronze age people on Dartmoor. It may end up in book 4. Or I may get some sleep. 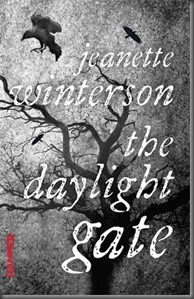 Fantasy is a huge genre. I’m at the urban, realism end but it can go so far I wouldn’t know how to describe the breadth of it. I recently read The Daylight Gate by Jeanette Winterson – beautiful writing with a vein of poetry, but also a fantastical story (even more overt fantasy that mine) so even “literary” writers invest time in fantasy. I aspire to write something as imaginative and vivid as that. I love fairy tales, at the back of a lot of fiction are the stories we were told as children by authority figures. There’s a healthy dose of crime and historical fiction in my books – fantasy lends itself to many crossovers. I think fantasy is in a very exciting phase of development, and women writers are very prominent in it.

I have books 4 and 5 planned and because I can’t plot properly, I create scenes that are islands that I aim for as I write. I’m also writing a ghost story about the strange over-dependant relationship between twins. I write two books a year, and create odd characters and scenes for possible future books as I go along. I’m also writing a musical with my songwriter husband, just for kids, based on the four horsemen of the apocalypse. ‘Satan’s Song’ is coming along nicely.

I’m reading lots of non-fiction research into Dartmoor’s legends and about Barbary Coast corsairs for book 3. Who knew that pirates raided the Devon and Cornwall for thousands of slaves in the 1600’s, as well as capturing hundreds of ships? How can you read that kind of research and not want to create a story about it? Or at least dress up and buy a cutlass. The fiction I’m enjoying is partly crime by Lisa Gardner and also fantasy by David Wellington: 23 Hours. And Terry Pratchett’s The Long War is next. 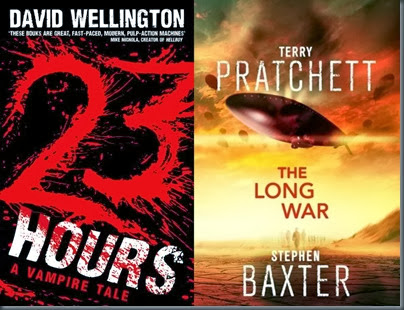 People think of me as a chatty, gregarious wife and mother of six, who teaches, participates in groups etc. but I have a streak of curmudgeon that means I love to be left alone – for weeks at a time. I used to sneak off to our caravan by the sea, just write, and not speak to anyone for days. Eating, sleeping, hygiene optional. Then I come back to full on family life, refreshed. I’ve also, except for the anomaly of being born in Malta, never used my passport.

More than anything, finishing the trilogy. Having created (or found) my characters, their story is so vivid and real I feel I may have just left them around the house. Sadie in front of the telly, Jack hiding in the study watching the crows, Kelley bigging up his adventures to the kids by the woodburner. I hate the idea of not completing strands I started way back in early drafts of book 1. I’d also like to do some research somewhere that requires a passport!

Posted by Civilian Reader at 12:48 PM