A Quick Chat with Bill King (Creator of Gotrek & Felix) 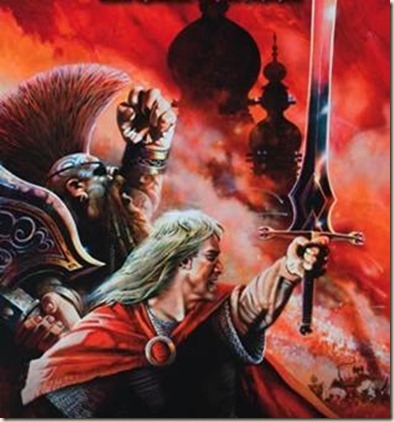 Many moons ago, I stumbled across a short story anthology, Wolf Riders, published by Games Workshop. In it, there was a story by the same name by Bill King, featuring Gotrek and Felix – a dwarf slayer and his human companion and chronicler. I was hooked, and eagerly sought out the other two GW anthologies, Red Thirst and Ignorant Armies, which also featured Gotrek & Felix stories. A few years later, Black Library published Trollslayer, the first in the continuing Gotrek & Felix series (which has now been taken on by Nathan Long). After a while away from writing fiction for Black Library, Mr King returns this year with Blood Aenarion, and I thought it was a perfect time to send him some questions about what he’s been up to and what we can expect from his return to Warhammer fiction.

This year will see your highly-anticipated return to the world of Warhammer, with the release of Blood of Aenarion in December. How would you introduce this novel to new readers? Is it the start of a projected series?

Blood of Aenarion is the start of a trilogy. The other two books are Sword of Caledor and Bane of Malekith.

Blood of Aenarion is the tale of Tyrion and Teclis’s first encounter with N’Kari, the Keeper of Secrets, a Greater Daemon of Slaanesh while they are still very young. It’s as much N’Kari’s story as the twins. The book kicks off with the daemon’s defeat at the hands of Aenarion in the Dawn Ages and climaxes with his invasion of the most holy temple of the Elves as he attempts to wipe out Aenarion’s descendants among which Tyrion and Teclis are numbered.

The second and third books deal with the great war between the Elves and the Dark Elves and chart the twins’ rise to being the two greatest heroes of the elves in the modern Warhammer age.

These books are my take on the Elves. In the dim, distant days of yore, I was one of the authors of the High Elves army book for Warhammer Fantasy Battle. Writing this trilogy allowed me to revisit the Elves and their mythology. The books dig really, really deeply into elvish history. 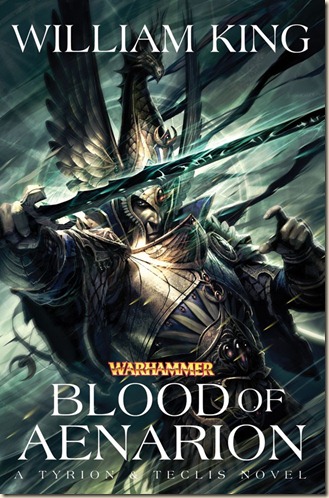 Blood of Aenarion opens with a prologue showing Aenarion’s last battle, the death of Caledor, the banishment of N’Kari and the creation of the Vortex. Sword of Caledor starts with Morathi about to kick off the Great Chaos invasion and brooding on her long and chequered history. Bane of Malekith kicks off from the point of view of Caledor, the creator of the Vortex, now a very troubled ghost imprisoned in the heart of his creation, watching as the end of the world slowly encroaches.

There are scenes from the point of view of Malekith as well. It was a real pleasure getting to deal with these titans of the Warhammer mythos and showing things from what, hopefully, will be some surprising perspectives.

You created the fan-favourite heroes Gotrek & Felix, before the series was taken over by Nathan Long. How did the two characters come about?

It all started something like 23 years ago if I am not mistaken. In my misspent youth I used to play a lot of Warhammer Fantasy Roleplay. I noticed that trollslayers were a very popular character type and I thought their image was really original and striking. When I was involved with GW’s first book line, a trollslayer seemed like an obvious and interesting hero. Felix was there to provide contrast and humanise a fairly inhuman character.

In my original version of the first published story, Geheimnisnacht, Felix was the only survivor. Gotrek died in the climactic fight and thus achieved his doom. I looked at it and thought, What the hell am I doing, there is a series in these characters! The rest is history. 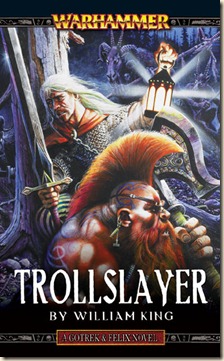 How did it feel to have another author adopt them after writing them for so long? Do you ever miss writing them?

I can’t honestly say the idea of somebody else writing Gotrek and Felix thrills me. From GW’s perspective it was an understandable commercial decision – they are very, very popular characters. I don’t particularly miss writing them at the moment since there’s a whole lot else going on in my life. I am very fond of them still.

What drew you to fantasy and genre fiction in the first place?

I grew up on a council estate in a small town on the west coast of Scotland in the ’60s and ’70s. Escapist fiction certainly had its attractions and there was plenty of it in the local library.

The period of my youth coincided with a huge boom in fantasy literature. Lots of pulp classics were being rediscovered and republished. Tolkien was very popular. Mayflower seemed to publish an endless line of Moorcock books.

Fantasy and SF also seemed to catch the spirit of the age very well. There was an odd mix of mysticism and hard science fiction in the air. The Apollo moonshots, the counter-culture, trips to Kathmandu, it was all going on. And all of that was before I discovered D&D, sometime around 1977. 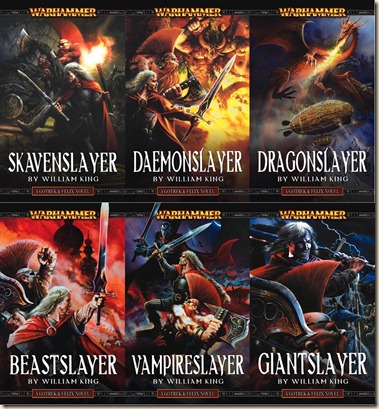 Where do you draw your inspiration from? Who would you say are your biggest influences?

I try and write the sort of books I would like to read now and which I hope would also appeal to my younger self.

You’ve been away from writing in the Warhammer setting for a while. What have you been up to, recently?

I’ve been playing a lot of World of Warcraft and other MMOs!

What’s your opinion of the fantasy/sci-fi genre of today?

I don’t read nearly as much fantasy as I used to. I got fed up with stories of innocent young swineherds who discover their secret god-like powers and their destiny to save and/or rule the world. For a while there fat-book fantasy sort of swamped the genre.

That said, there are writers working today who I really enjoy. George RR Martin, Steven Erikson, Glen Cook, the late, great David Gemmell. I enjoyed Howard Jones first novel, The Desert of Souls a great deal. Ditto, Matt Forbeck’s Vegas Knights. I suspect that if you look closely you will discover that these are all darker and more realistic than the average Fat Book Fantasy, and feature an alarming absence of innocent young swineherds. 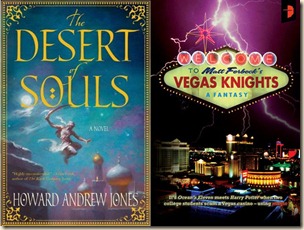 How do you enjoy being a writer and working within the publishing industry? Do you have any specific working, writing, and researching practices?

It’s a job I can do sitting on a tropical beach, which makes me laugh and pays me even when I am not working. What’s not to love? More seriously, this is what I always wanted to do. I really, really enjoy it. I have never really understood the whole writing is torture for me school of thought. If it was torture for me I would not do it.

Normally I aim to write 1,000 words a day, every day, until the first draft of a book is done, or alternatively 2-3,000 words a day five days a week. I’ve used both methods with some success. I think the trick is just to keep moving forward. My personal revisions usually take the same amount of time as the writing of the first draft, sometimes a lot longer when there are editorial revisions. I work mostly in Scrivener. As far as I am concerned, it’s the best piece of software ever conceived for writers. Editorial revisions are done in Word.

I wanted to be an author from my days at primary school. Every year, Nestle sponsored an essay-writing contest, and every year except one I won it and got a box of chocolates. The year I did not win it, the teachers told me they were fed up with me winning and thought somebody else deserved a chance. From earliest youth I have always associated writing with free chocolate.

I am currently writing a trilogy about the Macharian Crusade for Black Library. I am revising the afore-mentioned Lovecraftian military fantasy series for release on the Kindle.

What’s something fans might be surprised to learn about you?

I was a fairly hardcore battleground PvP player in World of Warcraft.

Prior to the release of Cataclysm, I had 10 level 80 characters. I’ve played every class in WoW. The only one I did not get to 80 before Cataclysm was Warrior. My original main was a Paladin, but my favourite long term is Rogue. I play predominantly on the Alliance side – always good for generating rage in PvP since they are mostly terrible at it on the servers I play on. My son plays predominantly on the Horde side. I have a couple of Horde toons so I can play alongside him.

I have drifted out of playing recently, but I will be back.

The release of Blood of Aenarion ties with the release of Guild Wars 2, if Arena.net get round to it this year. 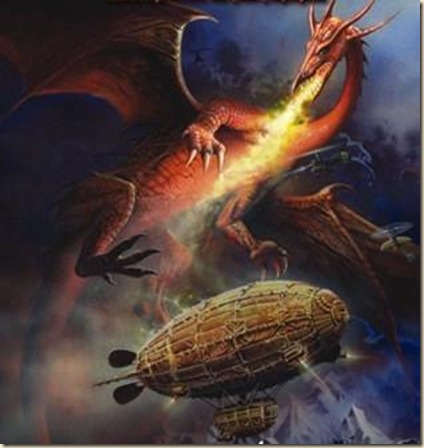