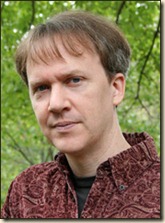 In this latest instalment of the on going Influences & Inspirations guest post series, Howard Andrew Jones brings us the almost chronological story of his fictional education. If you don’t know of Howard’s work, the authors mentioned within might give you an idea of what to expect from his own fiction, and also some suggestions of how you can expand your own fantasy and historical fictional education.

frequently even in the reading collections we were served in English classes throughout grade school and junior high. And then Advanced Dungeons & Dragons swept me up and introduced me, by way of the famed Appendix N, to Fritz Leiber’s Fafhrd and the Gray Mouser. By the time I stumbled through the gates of Lahnkmar, there was no turning back. My imagination was so fired that I was borne on across countless strange landscapes, from science fiction, to fantasy, and wonderful mixes in between, like Zelazny’s first Chronicles of Amber and the planetary adventure of Leigh Brackett.

I was carried even further though, swept up in currents that led beyond even science fiction and fantasy and landed me in the midst of Forrester’s Hornblower series. I discovered I could love a good historical 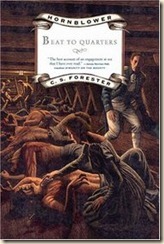 adventure just as much as a good science fiction or fantasy story. Yet while all these authors, along with others, had a lasting impact upon me, it wasn't until I discovered a more obscure writer that I found my biggest inspiration.

Harold Lamb didn’t used to be obscure. In the 1920s, he was one of the most popular writers for one of the most popular pulp magazines, Adventure, and in the 1950s he was a well-regarded biographer and historian, enough of an expert on the Middle-East that he was sometimes consulted by the state department. But I didn’t know any of that when I used his biography of Hannibal of Carthage for a high school history project. I just knew I’d found a great book, and I wanted to read more by Lamb, preferably about Hannibal. What I discovered was a collection of fabulous stories of a Cossack wandering the borderlands of Asia in the late 17th century. Though there was no real sorcery and the places visited were real, I was just as thrilled with Lamb’s tales of adventures as I was with Fafhrd and the Gray Mouser. It wasn’t just that Lamb took me to strange new places, or that he had cinematic pacing and excellent plot twists. He brought his characters to life, and wrote without prejudice from the viewpoint of other cultures in a time when other writers routinely equated foreigners with evil. I loved the stories so much that I tracked down their rarer, unreprinted prequels and sequels and unrelated works, in the process accidentally 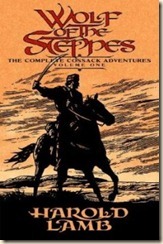 becoming an expert on Lamb’s writing. It was my sincere pleasure, years later, to usher eight collections of Lamb’s stories into print for Bison Books, an imprint of the University of Nebraska Press.

I strive still to follow Lamb’s example without wearing his shoes – meaning that I try to write in my own voice, but keep in mind the things his writing has shown me. For instance, he never bothered taking a reader anywhere that wasn’t interesting to go, and he knew that good and evil could be found on either side of a border. I’ve written elsewhere of how much I love the honor of Lamb’s heroes, most of whom would rather die than break their word or betray their convictions. I think those kind of protagonists are mocked for being naïve or unrealistic, but I honestly wish that we saw more characters like them. That’s not to say that I don’t like gray characters (I remain a big fan of Fafhrd, the Mouser, Conan, and others, including most of Leigh Brackett’s characters, who were usually pretty troubled). I just don’t want to read or write about them all the time. Perhaps that’s why my own heroes, Dabir and Asim, are essentially good. They’re not flawless, and they have many of the prejudices of their time, but they’re the kind of men who will do the right thing even if no one was looking. They’re not really involved in any of their adventures because of avarice, but because of orders, accident, or simply because stopping the menace is the right thing to do.

Harold Lamb’s writing transported me to countless fabulous places at the side of fascinating characters. It’s a mark I always try to hit with my own stories. If I can bring readers the same kind of enjoyment with my stories of Dabir and Asim, I will count my work a success. 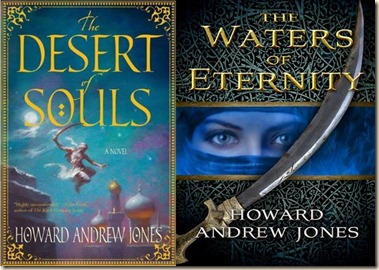 Also on CR: Interview with Howard, & my review of The Desert of Souls will go up on the site on Monday.