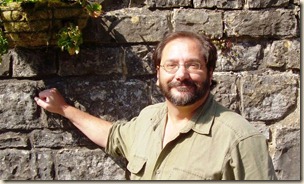 In the latest in our continuing series of guest posts on Influences & Inspirations, Anthony Hays tells us a little bit about what influenced his decision to write a series based on Arthur. The first novel, The Killing Way, is out now through Corvus.

Influences and inspirations? Oh, I’ve had plenty of those. Some would say that I have more than my share of gall as well. Imagine, someone trying to turn Camelot into the setting for murder mysteries. And I’ve had those kinds of critics. But, here’s the thing. Just like Chretien de Troyes, Thomas Malory, Mark Twain, and T.H. White, I have taken the story and turned it to my own purposes. Writers beyond those named have been doing the same thing for more than 1,500 years. My curiosity was first peaked in the 1960s while Leslie Alcock, the British archaeologist, was conducting excavations at South Cadbury Hillfort, looking for Camelot a Time Magazine article told me. I was amazed upon learning that King Arthur may not have actually existed. I mean, Disney said he did, so he must. But then I grew up. 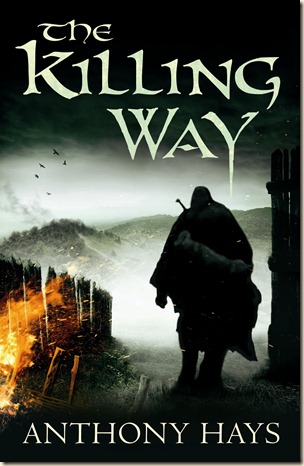 Arthur is one of the most universally-recognized characters in literature. If he had not existed at all, how in the world did he become such an epic figure? That question became my greatest inspiration. It was the one thing that drew me into Arthurian research. What lay at the heart of the stories? I’m certain that what I’m about to say will earn me more critics, but those who seem to go through mental acrobatics to show Arthur was some sort of Celtic god that over the years metamorphosed into a man in the legends, and those who proclaim that a second century Roman officer named Lucius Castus Artorius was the basis for King Arthur, have too much time on their hands. I am a strong believer in Franciscan friar William of Ockham’s theory, popularly known as “Occam’s Razor.” In short, it says that the simplest explanation is most likely the correct one.

So I sorted through all the various theories. I read the earliest versions, the later versions, the reasonable theories, and the ones that make absolutely no sense. I came down to Geoffrey Ashe’s writings on the Briton king Riothamus, who was renowned for his sense of fairness and justice, campaigned on the continent, was betrayed by one of his own men, was defeated in battle, mortally wounded, and last seen retreating to the Burgundian town of Avallone. The similarities with the story of Arthur are too numerous to be rejected out of hand. The standard arguments against this theory are: the timing is wrong. Let’s face it. Very little writing was being done in the British Isles in those days. It’s very difficult to hang a specific event onto a specific year. Some scholars claim that Riothamus was a Breton king, but he came “by way of ocean.” If you’re from Brittany, you don’t travel to Gaul by way of the ocean.

So, I had satisfied myself that Arthur had a historical basis. But who was this man? What was he really like? To have spawned stories that lasted for more than a thousand years, he had to have been special. But to explore that personality and the world in which he lived, I needed a different sort of framework. And so, as a mystery writer with an academic background in history, I struck upon the idea of a series of murder mysteries set in that time and place. I discussed it with Geoffrey Ashe, who had, by that time, become a friend of mine. He encouraged me to pursue my vision. And that was a powerful influence in itself.

So those are the things that both inspired me and influenced me in my own Arthurian quest. But really, in truth, it was Arthur himself who provided my greatest inspiration. I know that there is a difference between the literary Arthur and the historical basis for Arthur. When I looked at the literature, I saw millions of words devoted to the literary character. I did not see that kind of canon centering on the historical figure. So I resolved to explore what the real man may have been like, what seeds the legends and stories and myths sprouted from. Perhaps, in some way, The Killing Way and its sequels can add something to the story. But whether or not it does for the broader public, writing this series has certainly brought me closer to Arthur and his world.

Posted by Civilian Reader at 2:18 PM