I’m falling quite behind on my reviews, so I thought I would put together a quick, three-novel round-up. As you will see, this is not a reflection on how much I enjoyed the books, but rather a reflection of a lack of time. So, without further ado, here are the reviews… 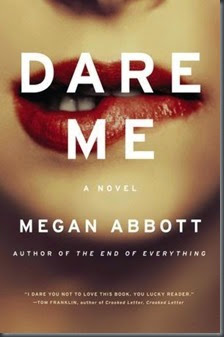 Addy Hanlon has always been Beth Cassidy’s best friend and trusted lieutenant. Beth calls the shots and Addy carries them out, a long-established order of things that has brought them to the pinnacle of their high-school careers. Now they’re seniors who rule the intensely competitive cheer squad, feared and followed by the other girls – until the young new coach arrives.

Cool and commanding, an emissary from the adult world just beyond their reach, Coach Colette French draws Addy and the other cheerleaders into her life. Only Beth, unsettled by the new regime, remains outside Coach’s golden circle, waging a subtle but vicious campaign to regain her position as “top girl” – both with the team and with Addy herself.

Then a suicide focuses a police investigation on Coach and her squad. After the first wave of shock and grief, Addy tries to uncover the truth behind the death – and learns that the boundary between loyalty and love can be dangerous terrain.

This is the first novel by Abbott that I’ve read, and I really enjoyed it. It’s a slow-burn, psychological thriller told from Addy’s perspective. Through her teenage eyes, we see her mentor-crush on Coach develop, and her friendship with Beth become strained. Told solely from Addy’s POV, we get a rather limited – but no less interesting – glimpse into the lives of these characters and the unfolding events. We see second hand the ambitions and insecurities of the cheerleaders; their narrow hopes and dreams, their petty rivalries and also close friendships. Coach’s addition into the squad’s dynamic is immediate, with Addy drawn to her charisma and apparent experience and poise, while Beth is repelled by this interloper who could very well (and does) usurp her control over the other cheerleaders. 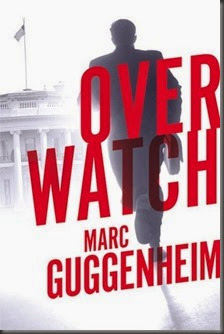 A young CIA lawyer uncovers a dangerous worldwide conspiracy, masterminded by forces within the US intelligence community.

Alex Garnett has spent his life in the shadow of his father, a former Chief of Staff and Solicitor General to two presidents who’s been responsible for getting Alex every job he ever had, including his latest: attorney for the CIA. However, a seemingly routine litigation leads to a series of unexpected events, including poison, kidnapping, torture and murder. As casualties pile up, it becomes clear Alex is the final target in someone's blood-soaked attempts to cover their tracks.

With the help of a neurotic hacker, Alex unravels a conspiracy older than the CIA itself. The trail of clues reveals the presence of unseen forces that are bringing this nation to the brink of war – and Alex’s life is only one of many in danger.

From one of the writer-creators of Arrow, this is a highly entertaining political thriller. Focused on telling a great, fast-paced story, Overwatch is rather classic in feel: a shadowy organisation pulling strings behind the metaphorical curtain, manipulating global events in service to their twisted agenda. Our protagonist stumbles across the conspiracy rather fortuitously, and finds himself in a race against time to stop a war. Guggenheim writes well, and his characters are interesting, pretty varied, and interesting to read about. There were a couple of moments that raised an eyebrow – incredible near-misses, surprising coincidences – but none of them derailed my enjoyment of the story. Things move almost too fast for readers to notice the small leaps.

Interestingly, the main relationship side-narrative is not about Garnett and his fiancée, but rather his relationship with his father. This made a very nice change to the more common love interest. It was presented rather nicely, especially at the end.

I’d certainly be interested in reading more novels featuring Alex Garnett. Recommended for fans of quick-paced thrillers, in the vein of James Patterson and Kyle Mills. 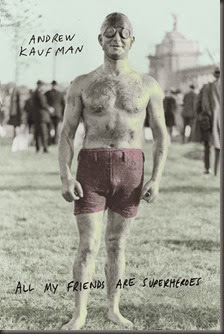 Andrew Kaufman, All My Friends are Superheroes (Coach House)

All Tom’s friends really are superheroes. There’s the Ear, the Spooner, the Impossible Man. Tom even married a superhero, the Perfectionist. But at their wedding, the Perfectionist was hypnotized (by ex-boyfriend Hypno, of course) to believe that Tom is invisible. Nothing he does can make her see him. Six months later, she’s sure that Tom has abandoned her. So she’s moving to Vancouver. She’ll use her superpower to make Vancouver perfect and leave all the heartbreak in Toronto. With no idea Tom’s beside her, she boards an airplane in Toronto. Tom has until the wheels touch the ground in Vancouver to convince her he's visible, or he loses her forever.

This novella was a bit of a disappointment. I’d had very high hopes, so that might account for some of my disappointment. That being said, it’s still an enjoyable, oft-amusing diversion. At just over 100 pages, it doesn’t take long to read, and Kaufman has populated his story with some interesting and tongue-in-cheek “superheroes”. The story moves surprisingly slowly, though, given its length. Perhaps this impatience was a result of knowing how short it is, and wanting it to get a move on. It’s an interesting premise, successfully executed; and one with a nice, heart-warming ending.

You really feel Tom’s aggravation and despair, as he tries everything he can think of to get his wife’s attention, and genuinely feel for them both. At the same time, it felt a little bit like Kaufman wanted to devise as many silly superheroes as possible, many of which derive their powers from aspects of early-twenties ennui, hipsterism, and somewhat-student-lifestyles. They are, for the main, amusing, but after half of those presented here, the idea becomes a little tired. Thankfully, the story ends before it becomes tiresome.

Recommended if you’re looking for something quick and speculative.