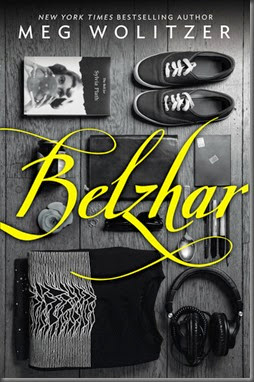 I’ve only read a little bit of Meg Wolitzer’s The Interestings. While I thought it was very well written, it just wasn’t for me. Then I spotted this novel, which I thought sounded interesting. Here’s the synopsis:

If life were fair, Jam Gallahue would still be  at home in New Jersey with her sweet British  boyfriend, Reeve Maxfield. She’d be watching  old comedy sketches with him. She’d be kissing  him in the library stacks.

She certainly wouldn’t be at The Wooden Barn, a therapeutic boarding school in rural Vermont, living with a weird roommate, and signed up for an exclusive, mysterious class called Special Topics in English.

But life isn’t fair, and Reeve Maxfield is dead.

Until a journal-writing assignment leads Jam to Belzhar, where the untainted past is restored, and Jam can feel Reeve’s arms around her once again. But there are hidden truths on Jam’s path to reclaim her loss.

Belzhar is due to be published in the US by Dutton (Penguin), on September 30th, 2014; and in the UK by Simon & Schuster, on October 9th (for some reason, I could not find a UK cover for the novel – given how close it is to publication, this is rather baffling).

Email ThisBlogThis!Share to TwitterShare to FacebookShare to Pinterest
Labels: Penguin US, Simon and Schuster, Upcoming