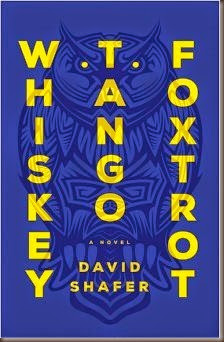 A peculiar, but well-written novel

The Committee, an international cabal of industrialists and media barons, is on the verge of privatizing all information. Dear Diary, an idealistic online Underground, stands in the way of that takeover, using radical politics, classic spycraft, and technology that makes Big Data look like dial-up. Into this secret battle stumbles an unlikely trio: Leila Majnoun, a disillusioned non-profit worker; Leo Crane, an unhinged trustafarian; and Mark Deveraux, a phony self-betterment guru who works for the Committee.

Leo and Mark were best friends in college, but early adulthood has set them on diverging paths. Growing increasingly disdainful of Mark's platitudes, Leo publishes a withering takedown of his ideas online. But the Committee is reading – and erasing – Leo’s words. On the other side of the world, Leila’s discoveries about the Committee’s far-reaching ambitions threaten to ruin those who are closest to her.

This novel was on my radar for quite some time before I managed to get my mitts on a review copy. When I did, it shot to the top of my TBR pile, and I eagerly dove in. What I found was not what I’d expected – in both good and odd ways (not bad, though). Did I enjoy it? Absolutely. Is it well written? Absolutely. Is the story expertly crafted and gripping? Well, sort of.

First thing’s first: Shafer’s prose is excellent. He offers a mixture of tightly-written passages that move the story forward, but also plenty of great turns of phrase and interesting metaphors. The humour is well-deployed and well-written. It’s gentle, I don’t remember any laugh-out-loud moments, and the delivery is wry. His characters are very well-written, and I liked the internal monologues and observations. Their feelings of ennui felt realistic and not adolescent (unless they’re meant to). Shafer offers a mature take on these characters’ sometimes-immature issues.

The story. This is the tricky bit, for me. It sometimes felt like the story was secondary to the characters’ observations of society and surveillance. And, sure, the plot is taken right out of today’s headlines – the consolidation of data, the erosion of privacy, cybersecurity and so forth. All of these issues are well-presented and Shafer offers (though his characters) some well-thought-out observations. And yet… the actually plot only really emerges late in the story, and generally seems tacked on. I’ve seen so many laudatory reviews that gush over the story and so forth – but actually, the story is a little bland.

And yet (again)… I kept reading. Usually, I need the story to be front and centre, or at least as important as the characters. Here, though, I felt quite comfortable reading about these characters and their struggles with finding their places in today’s world.* Shafer writes very well, his prose is fluid and well-crafted. But, for his next novel, I hope he focuses a little more on the story. Bring that up to par with characterisation and prose, and he could be writing some of the best stuff available, I think.

So, a cautious recommendation – if you like novels that focus on its characters, then Whiskey Tango Foxtrot should appeal. If you prefer a story-focused novel, then this might come across as incomplete.

* Probably a result of my own, navel-gazing projections…