It feels like quite some time since I read a Black Library novel. Nevertheless, they keep publishing (or announcing) more that I would like to read. There’s more Gotrek & Felix on the way and also plenty more Horus Heresy fiction coming. Below are new novels in two other series that maybe don’t get as much attention as they deserve… 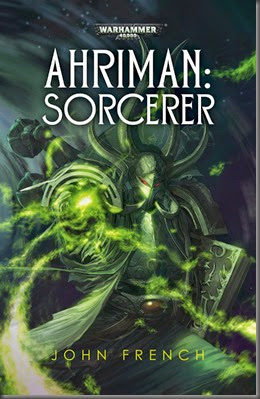 I recently read and reviewed the second Ahriman short story, The Dead Oracle. This despite still not having read the first novel, Ahriman: Exile. Nevertheless, I think French has done a great job of bringing this character to life on the page – at least, this post-Horus Heresy iteration of this character.*

Ahriman, greatest sorcerer of the Thousand Sons and architect of the Rubric that laid his Legion low, continues to walk the path towards salvation, or damnation. Searching for a cure for his Legion, he is forced to consider – was the great ritual somehow flawed from the very beginning? The answer may lie within the mysterious artefact known as the Athenaeum of Kallimakus, a grimoire of forgotten lore which is reputed to contain the exact words of the lost Book of Magnus… or, perhaps, even a transcription of the primarch’s deepest and most secret thoughts.

Ahriman: Sorceror is due to be published in early 2015.

DEATHBLADE: A TALE OF MALUS DARKBLADE by C.L. Werner 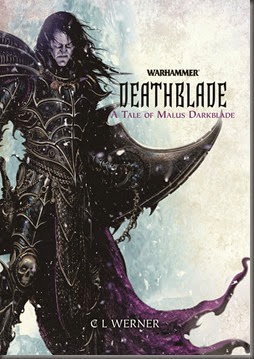 Malus Darkblade made his first appearance in the pages of Inferno!, Black Library’s once-bi-monthly magazine of short fiction and comic strips. It was a comic series written by Dan Abnett. Abnett later adapted the comic into prose, which was later taken on by Mike Lee. Now, C.L. Werner, one of BL’s best writers of horror-tinged Warhammer fantasy fiction, has stepped up to the plate. I’m quite looking forward to this novel, despite not reading many of the Darkblade novels. Maybe this is a good excuse to catch up with them…?

Darkblade must decide where his loyalties lie – will he follow Malekith to the death, or will he finally rise up and try to claim the throne of Naggaroth for himself? And either way, will he survive?

It has taken decades, but Malus Darkblade has finally plotted, schemed and murdered his way to power, as the ruler of the city of Hag Graef and general of the Witch King Malekith’s armies. But his position is imperilled when Malekith orders an all-out assault on Ulthuan – with Darkblade in the vanguard. As he wages war on the high elves, Darkblade must decide where his loyalties lie – will he follow Malekith to the death, or will he finally rise up and try to claim the throne of Naggaroth for himself? And either way, will he survive?

Deathblade is due to be published in February 2015.

Posted by Civilian Reader at 10:45 PM