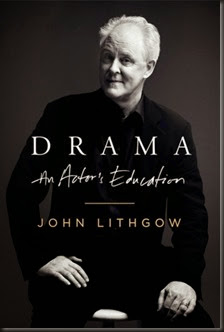 Through the vivid stories in Drama, John Lithgow shares a backstage history of his struggle, crisis, and discovery, and the scenes of his early life and career that took place before he became a nationally-known star. Above all, Drama is a tribute to the most important influence in John Lithgow’s life: his father, Arthur Lithgow. An actor, director, producer, and great lover of Shakespeare, Arthur brought theatre to John’s boyhood, where performance and storytelling were a constant and cherished part of family life. Lithgow brings the theatre worlds of New York and London to life as he relives his collaborations with renowned performers and directors including Mike Nichols, Bob Fosse, Liv Ullmann, Meryl Streep, and Brian De Palma. Lithgow’s ruminations on the nature of theatre, performance, and storytelling cut to the heart of why actors are driven to perform, and why people are driven to watch them do it. At once hilarious and reflective, Drama pulls back the curtain on the making of one of our most beloved actors.

This memoir took me a little by surprise. For one thing, Lithgow doesn’t linger so much on the projects in which he has performed – rather, he focuses more on the lessons he’s learned, the experiences he’s enjoyed, and some of the people he has met along the way. It’s an interesting memoir, and a really good listen.

He talks about his peripatetic upbringing, and how he would change school too often to form close bonds – a problem that resolved later in his school years, when he returned to Massachusetts. Lithgow also talks honestly about his early-career luck, and acknowledges that some of his earliest roles he got partly because of his father’s position as a director. At the same time, he later recognises how this spoiled him for his career-proper, and how when he was in New York, he was completely unused to having to go through the auditioning grinder. Lithgow tells us about his time in London, and how he tried to get his draft deferred (successfully, it seems). He’s not proud of it, but he is honest about how afraid he felt about having to go to the jungles of Vietnam. He speaks candidly about his first marriage, and the dalliances that led to its demise.

Delivered in Lithgow’s distinct voice, the emotion in his performance is pretty flat – or, measured, perhaps. It’s not bad by any stretch of the imagination, but I think I could spot the moments he found less interesting. It’s not as humorous as I was expecting, but it didn’t suffer for this.

Definitely recommended, this is another very good memoir – well-written, excellent production, and enjoyable and interesting.

Drama is out now, available as an audiobook through Audible, and is published in print by Harper.

Posted by Civilian Reader at 1:41 PM