Guest Post: “Writing Dystopians – The Good, The Bad and The Ugly” by Melissa Davenport 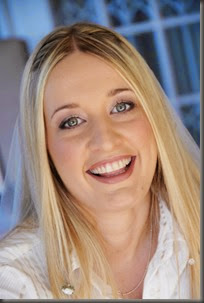 In recent years, dystopian fiction has taken the world by storm. Series such as The Hunger Games, Divergent and Delirium have exploded onto the book market and paved the way for this speculative genre, which explores social and political structures and is set in a societal structure that is headed for an irreversible oblivion, where justice, freedom and happiness are suppressed.

A speculative genre is commonly found in science-fiction, and the underlying concept is often an analogy for real-world issues. Some people even read these books as a political warning of things to come, should humanity make the wrong choices.

Today’s society is exposed to a particularly violent culture through television, gaming and rising crime. Dystopia’s are characterised by a “high stakes” scenario, with plenty of action and adventure, but they typically have a “hopeful” ending – and above all, people crave the presence of hope in a world where there is little to be had.

The Australian reports that dystopian fiction asks big questions: What is Freedom? What is love? What is human? Dystopias offer a variety of answers, while providing the reader with an epic journey of pure escapist fantasy, far removed from the harsh reality of our real lives. The genre is thought-provoking and has more substance at its core than many readers realise.

Personally, I have always loved stories that relate to struggle, be it survival after a nuclear war, a catastrophic natural disaster, or the collapse of industrial and social systems. There is something captivating about mankind’s will to survive, the fascination of our “fight” or “flight” response. And when there is nowhere to run, you will find dystopia at its very best.

Movies like The Day After Tomorrow, The Matrix and 2012 (which proved that with John Cusack and a limo, you can survive Armageddon), highlight the dystopian genre.

Of course, authors strive to capitalise on the rise in popularity of a particular genre or topic. After the success of Stephenie Meyer’s Twilight Saga, the market became inundated with books about vampires, of all size and shape.

Similarly, with the explosion of The Hunger Games a new trend was born, and many authors have stepped forward, attempting to take up the mantel and oust the mighty Suzanne Collins from her throne. A few have come close, but Ms. Collins is still the master of her craft.

Sadly, too much of anything is never a good thing. Dystopias now teeter on the edge of becoming clichéd and losing their originality. Readers do not want to read the same story, regardless of how well it has been retold or repackaged. They key with anything is to develop a novel concept – to break the mould and, in the case of fiction, to write your guts out!

I have no doubt that dystopias will be around for a long time to come. I, for one, am a huge fan and my appetite is nowhere near sated. 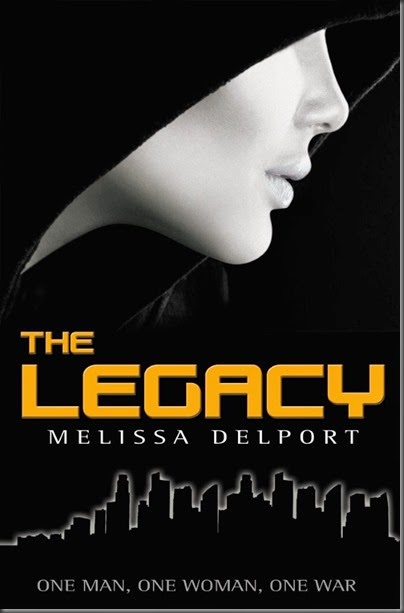 Author Bio: Melissa Delport is the author of The Legacy Trilogy and the stand-alone, self-published eBooks Rainfall and The Traveler. She graduated from the University of South Africa with a Bachelor’s Degree in English in 2000 At the age of twenty-four Melissa started a logistics company from the spare room of her flat and built it up to two fully operational depots in Durban and Johannesburg. Ten years later, she has sold her business in order to write full time. Melissa lives with her husband and three children in Hillcrest, KwaZulu-Natal, South Africa.

The Legacy and The Legion (the first two books in the series) are available now. The final book, The Legend, will be released early 2015. Here’s the synopsis for The Legacy…

World War Three lasted twelve days. Twelve days was all it took for mankind to devastate the planet and almost eradicate the human race. No victor emerged from the ashes and billions lost their lives.

We survivors lived through the bleakest of winters. A primal existence became the new order, and the little that remained of our humanity hung in the balance.

Then one man stood up and changed the world. I believed, as did everyone else, that he was the hero of our time, the man who had saved us from our own demise. His name is Eric Dane and he is the President of the New United States of America.

He is also my husband, and my greatest enemy.

I grew up oblivious to the truth, until my father found me when I was nineteen years old. He told me about the many horrifying facts that our new leader kept hidden from us. And he told me that beyond the borders the Resistance grew and fought for freedom from the oppression that Eric Dane had imposed on us.

My name is Rebecca Davis. I am twenty-six years old, and in me the Resistance has found the ultimate weapon.