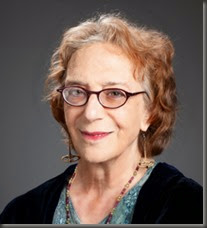 THE USE OF TAROT CARDS IN THE CHILD EATER

Tarot cards appear in my novel, The Child Eater, in a number of ways, in particular a mysterious pack called the Tarot Of Eternity. In the story, the original has been lost for many centuries, so that the pack is known only through “a copy of a copy,” or even “a copy of a copy of a copy.” At the same time, the pack is seen as so significant that even these copies several times removed, but hand-created by magicians, have great power.

The book moves back and forth between two worlds, the first a medieval-style land ruled by wizards, the second a contemporary small city America. In the medieval world, an abused boy named Matyas runs away from his violent father to study magic. In the second, a lonely boy named Simon Wisdom desperately tries to suppress his deep psychic abilities, partly because he knows that no one likes him “reading” their minds, and more, because they bring him terrifying visions—dead children begging him for help, severed heads that live on in pain, and a gray man with an ancient stone knife. Matyas has similar visions, and he too does his best to forget them.

What bridges the two worlds, or rather crosses between them, is the Tarot of Eternity.

This use of the Tarot is not what many people expect when Tarot cards appear in a story. The pack in the novel has almost nothing to do with fortune-telling. There is a point in Simon’s story where a girl brings a set of Tarot cards to school and announces she will “read” everyone’s future. Simon is contemptuous. He can just see the future—though he tries not to—what does he care about some dumb deck of cards? Later, Simon discovers a set of Tarot that the reader suspects may in fact be the Tarot Of Eternity (or at least a copy of a copy), but he does not even consider using them for divination. It’s not the future Simon seeks, but a refuge—doorways to worlds where he might escape the severed heads of children begging for help.

Matyas too seeks something when he encounters the cards. He has seen a man fly, and even though everyone, including his teacher and all the other wizards, tell him it cannot be done, he believes that he is destined to do it, if only he can find the secret. He tries to find it in the cards only to discover that for him, all roads lead to the man with the stone knife.

Readers who only know of the Tarot as a tool for divination may find these more fantastic uses of the cards as far afield from what they expect. In fact, the idea that the Tarot contains mystical power completely separate from any psychic function is deeply rooted in Tarot tradition. At least, in the occult Tarot tradition, since 1781.

First, a bit of history. The Tarot was not created for fortune-telling. In fact, there is no documented use of the Tarot as a divinatory tool until after 1781 (more about that date in a moment). Extensive research over the past thirty or so years has demonstrated that the Tarot began its life in Northern Italy around 1430, as a card game called at first Il Trionfii (The Triumphs, or Trumps), and later, Tarocchi, which the French shortened to “Les Tarots.” The various titles refer to the pack’s unique feature, an extra suit of elaborately painted images, some secular (an Emperor and Empress), some moralistic (virtues such as Justice and Fortitude), and some religious (a Pope, various angels). In Tarocchi these cards will triumph over the regular suit cards.

The first known use of the Tarot not as a game—only a few years after the earliest packs—was as inspiration for poetry. People in salons would make up poems about the figures in the cards, but everybody knew they would be satires on people at court.

So what happened in 1781? A pair of French occult scholars set forth a daring idea. Antoine Court de Gébelin and Comte de Mellet announced that the Tarot, assumed to be a trivial game, was in fact the coded wisdom of Ancient Egypt, disguised as a game so that it might survive the Dark Ages of ignorance until it might be discovered by the sages of the future—that is, Court de Gébelin and de Mellet.

From a strict historical perspective this was wrong, both about the cards and about Egypt, but it didn’t matter. A new myth had taken hold, what we might call the Tarot’s secret origin. For the next 200+ years people would argue about which great secrets the cards concealed, but never about the basic idea. In The Child Eater the Tarot of Eternity draws on the secret origin idea but in fact goes further, suggesting that the Tarot was involved in creation itself.

One of the major influences on the novel is Jewish myth and folklore, in particular several Talmudic and medieval tales. The terrible ritual in the center of the novel, the reason for the Child Eater’s actions, derives from a bizarre belief that an evil magician can lure away a boy just before his bar mitzvah, kill him, and keep his head alive as a tool to…predict the future. In my story the heads of the murdered children serve a different purpose entirely. Perhaps I unconsciously wanted to divorce Tarot from its assumed purpose in order to re-create it.

Possibly the most daring use of Tarot in the book also comes from Jewish myth. The rabbinic tradition sees the Five Books of Moses, the Torah, as more than just a sacred text. Some say that before God created the universe, S/He (yes, the Jewish God is hermaphroditic; this too is an ancient Talmudic idea) created the Torah. Then God consulted the Torah on how to make a universe!

This idea has fascinated me for many years, only, instead of the Torah I imagine the Tarot, that is, that God created the Tarot before the universe. This is not meant as a serious suggestion, but as a way to open our minds. I once did a reading in which I asked the cards “Show me the reading you gave God to create the universe.” (It appears in a book titled The Forest Of Souls). The same idea occurs in the novel.

There is another power in the cards that is unique to this book. The first time Matyas encounters the Tarot, or rather, a copy of a copy of a copy, the old wizard who lets him see them says a very strange thing, an ancient saying about the original. “Whosoever touches the Tarot Of Eternity, he shall be healed of all his crimes.” Matyas will not understand this until the very end of the book.