Some Exciting Artwork for 2011

Just some more artwork for you to enjoy before the next review gets posted, and to further whet your appetite for upcoming 2011 fantasy releases. 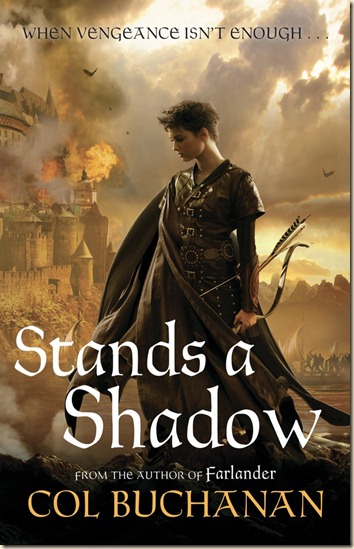 It’s becoming rather trope-ish to have a single figure posing as the centre-piece of a cover, and while some disapprove, I think Stands A Shadow is very eye-catching, and I like the mellow tones. It also fits nicely with the style of Farlander.

Next up, the (possibly final) UK artwork for Jon Sprunk’s second novel, Shadow’s Lure – it’s in the same style as Shadow’s Son, but this time in a more eye-pleasing blue: 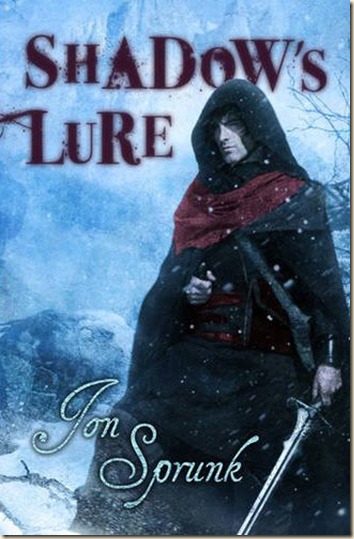 And one final cover, again from Tor UK: Adrian Tchaikovsky’s Heir of the Blades, the seventh in his critically acclaimed, successful Shadows of the Apt series: 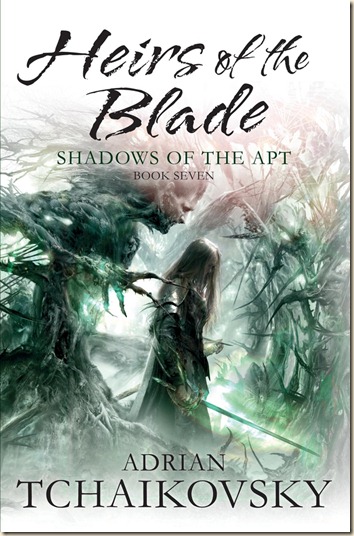 This, to me, looks like a fantasy novel designed by someone who is very fond of the Neal Asher re-jacketing (also published by Tor UK). I think it works very well. I really must catch up on this series!