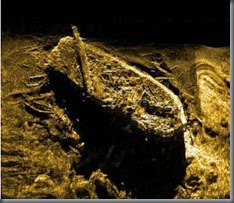 This is huge news in Canada at the moment: one of the Franklin expedition’s lost ships has been discovered under the northern ice. The ship will either be the HMS Terror or the HMS Erebus, both Royal Navy ships commanded by Sir John Franklin were lost during his doomed 1845 search for the Northwest Passage. From the Toronto Star:

“Because the wrecks of Erebus and Terror are both British property and Canadian national historic sites, the the 1997 memorandum of understanding carefully lays out each country’s claims and responsibilities. Britain retains ownership of the wrecks but has assigned ‘custody and control’ to the Government of Canada. That means Canadian archeologists get to lead the recovery mission, and Canada can keep everything taken from the wreck — with a few important exceptions.”

The Star and Globe & Mail have both published multiple stories today about the discovery, so I’d recommend heading to their websites to read more. Stand-outs include this commentary by Ken McGoogan, a short piece on the HMS Terror’s history, and also this piece about the Franklin expedition.

While nobody seems to be prepared to make a guess as to which of the two ships the discovered wreck is, the news naturally made me think of Dan Simmons’s The Terror, which was published in 2007 by Transworld Books (UK) and Little, Brown (US). 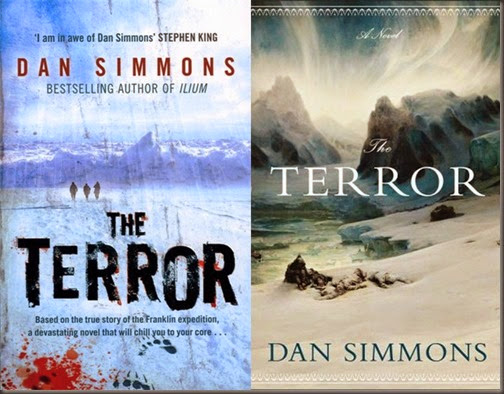 I have yet to read the novel (like oh-so-many others), but it has been inching up my TBR mountain for some time. With this latest discovery, though, I have a feeling it will leap closer to the top. Here is the synopsis…

The men on board Her Britannic Majesty’s Ships Terror and Erebus had every expectation of triumph. They were part of Sir John Franklin’s 1845 expedition – as scientifically advanced an enterprise as had ever set forth – and theirs were the first steam-driven vessels to go in search of the fabled North-West Passage.

But the ships have now been trapped in the Arctic ice for nearly two years. Coal and provisions are running low. Yet the real threat isn’t the constantly shifting landscape of white or the flesh-numbing temperatures, dwindling supplies or the vessels being slowly crushed by the unyielding grip of the frozen ocean.

No, the real threat is far more terrifying. There is something out there that haunts the frigid darkness, which stalks the ships, snatching one man at a time – mutilating, devouring. A nameless thing, at once nowhere and everywhere, this terror has become the expedition’s nemesis.

When Franklin meets a terrible death, it falls to Captain Francis Crozier of HMS Terror to take command and lead the remaining crew on a last, desperate attempt to flee south across the ice. With them travels an Eskimo woman who cannot speak. She may be the key to survival – or the harbinger of their deaths. And as scurvy, starvation and madness take their toll, as the Terror on the ice become evermore bold, Crozier and his men begin to fear there is no escape…

You can read an excerpt from The Terror on the author’s website.

Posted by Civilian Reader at 8:15 PM