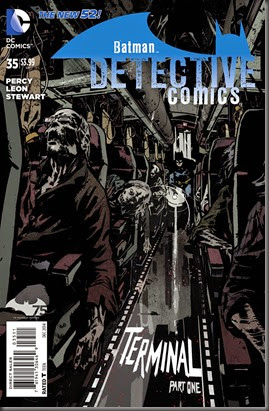 I am a huge fan of Benjamin Percy’s novel RED MOON – published in the UK by Hodder and North America by Grand Central. It’s the only book of his that I’ve read, but it will by no means be the last.

I also shared a few days ago information about THE DEAD LANDS, his next novel, which is one of my most anticipated novels. Today, though, I discovered that Percy has also written a two-part story for Detective Comics, one of DC Comics’ various Batman series! This is great news, in my opinion – some of my favourite comic story-arcs have been written by some of my favourite writers (Lauren Beukes’s run on Fairest, Gregg Hurwitz’s run on The Dark Knight, to name but two).

Percy has written the story “Terminus”, which will run over Detective Comics #35-36, to be published October 1st and 8th, respectively. Art for the issues is by John Paul Leon (The Massive, DMZ, American Vampire, Scalped), colours by Dave Stewart (Fray, Lex Luthor, Hellboy), letters by Jared K. Fletcher.

In the first chapter of a two-part tale by the guest team of writer Ben Percy and artist John Paul Leon, a civilian appearance at Gotham Airport turns into a horror show for Batman when a plane full of dead passengers arrives on the runway! What happened – and what can Bruce Wayne do about it?

There are also two variant covers, by Cliff Chiang (left) and Becky Cloonan: 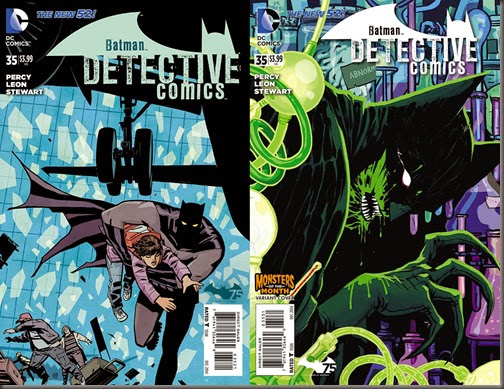 If ever there was an excuse for me to catch up on this series, this was it. I’m very eager to read this. Finally, here’s the artwork that will grace the cover of #36: 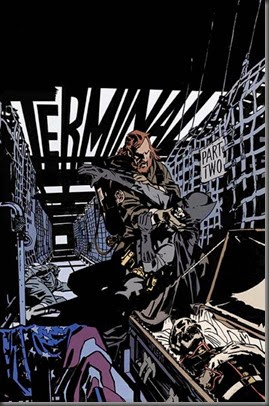 Posted by Civilian Reader at 6:05 PM