Upcoming from Hodder Books (UK): “The Forever Watch” and “Lagoon”… 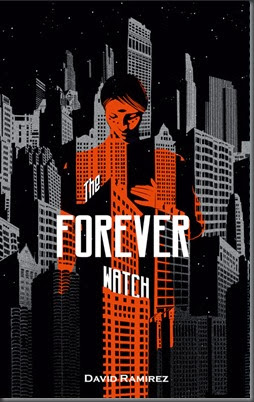 First up, we have David Ramirez’s THE FOREVER WATCH:

The Truth is only the beginning.

The Noah: a city-sized ship, half-way through an eight hundred year voyage to another planet. In a world where deeds, and even thoughts, cannot be kept secret, a man is murdered; his body so ruined that his identity must be established from DNA evidence. Within hours, all trace of the crime is swept away, hidden as though it never happened. Hana Dempsey, a mid-level bureaucrat genetically modified to use the Noah’s telepathic internet, begins to investigate. Her search for the truth will uncover the impossible: a serial killer who has been operating on board for a lifetime... if not longer.

And behind the killer lies a conspiracy centuries in the making.

Update: Just been informed by Hodder that The Forever Watch has been pushed back to a May 1st publication. 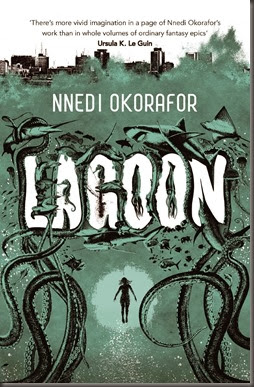 Next, we have Nnedi Okorafor’s LAGOON:

A star falls from the sky. A woman rises from the sea. The world will never be the same.

Three strangers, each isolated by his or her own problems: Adaora, the marine biologist. Anthony, the rapper, famous throughout Africa. Agu, the troubled soldier. Each wandering Bar Beach in Lagos, they’re more alone than they’ve ever been before.

But when a meteorite plunges into the ocean and a tidal wave overcomes them, these three people will find themselves bound together in ways they could never have imagined. Together with Ayodele, a visitor from beyond the stars, they must race through Lagos and against time itself in order to save the city, the world, and themselves.

Love that Joey Hi-Fi cover… Lagoon is due to be published by Hodder in the UK and US in April 2014.

For more on Hodder Books’ science fiction, fantasy and horror publishing, be sure to check out the Hodderscape website.

Posted by Civilian Reader at 11:31 PM