“The Circle” by Dave Eggers (Knopf) 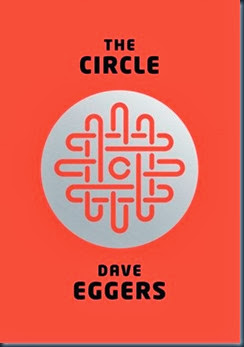 An interesting, timely and disturbing novel

When Mae Holland is hired to work for the Circle, the world’s most powerful internet company, she feels she’s been given the opportunity of a lifetime. The Circle, run out of a sprawling California campus, links users’ personal emails, social media, banking, and purchasing with their universal operating system, resulting in one online identity and a new age of civility and transparency. As Mae tours the open-plan office spaces, the towering glass dining facilities, the cozy dorms for those who spend nights at work, she is thrilled with the company’s modernity and activity. There are parties that last through the night, there are famous musicians playing on the lawn, there are athletic activities and clubs and brunches, and even an aquarium of rare fish retrieved from the Marianas Trench by the CEO. Mae can’t believe her luck, her great fortune to work for the most influential company in America — even as life beyond the campus grows distant, even as a strange encounter with a colleague leaves her shaken, even as her role at the Circle becomes increasingly public.

The Circle is the first novel I’ve read by Eggers. It is also one of the creepiest books I’ve ever read. The novel revolves around Mae Holland, a new hire at The Circle – a massive, Google-meets-Facebook-type social media goliath. We follow her story as she navigates the company, its quirks, and also its never-ending evolution. We see her life turned upside down as she strives to rise in the Circle’s ranks, to adopt and embrace its new innovations. Completing the Circle becomes an obsession, and despite clear signs of its negative impact on her life and those of her loved ones, the inexorable pull of the company, the sense of community, and compulsion to be a part of something proves too much for Mae to resist.

What made this novel so unsettling was how Eggers has extrapolated an all-too plausible (albeit slippery-slope) evolution of social media. The author’s not subtle, either, and it sometimes felt like he is trying to bludgeon the reader with his own negative feelings about social media and its ubiquitous place in contemporary life. At the same time, he has a point. As The Circle continues to evolve, and gobble up ever-more resources, technology and, above all else, access to its users’ private lives, we see an unprecedented erosion of privacy. More than that, though, is that this erosion is voluntarily embraced by Circle users.

Despite the anvil-from-the-sky approach to delivering his point, Eggers has written an accessible, engaging and above-all thought-provoking novel. It will make you analyse your own social media use, and probably make you adjust your habits, too…

An important, if unsubtle, novel, The Circle is certainly recommended reading for anyone who embraces a well-connected life.