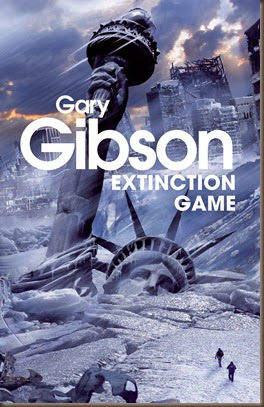 Another Science Fiction author whose work always sounds really interesting to me, but I have just never got around to reading. Not so long ago, Tor UK unveiled the artwork for Gary Gibson’s latest novel, Extinction Game (published in September). And it sounds pretty interesting, too. Here’s the synopsis…

Beche should be dead. But instead of dying alone, he’s been rescued from a desolated earth where he was the last man alive. He’s then trained for the toughest conditions imaginable and placed with a crack team of specialists.  Each one also a survivor, as each one survived the violent ending of their own versions of earth. And their specialism – to retrieve weapons and data in missions to other dying worlds. But who is the shadowy organization that rescued them?  How do they access other timelines and why do they need these instruments of death?

I’m rather looking forward to this, now.

Posted by Civilian Reader at 10:48 PM