An Interview with MATTEO STRUKUL

Italian author Matteo Strukul stops by to talk about his first novel in English, The Ballad of Mila, his broad and varied influences, his inspirational home country, why Chuck Wendig is a “badass wizard”, and much more… 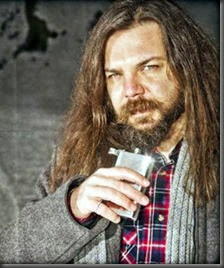 Let’s start with an introduction: Who is Matteo Strukul?

First of all, thank you so much Stefan for this opportunity to talk about my work. Well, about myself... I’m a man who loves life and rock ’n’ roll music (The Black Crowes, Rival Sons, Buckcherry and all the old stuff like Led Zep or Skynyrd). I adore American pulp-crime fiction authors (Jim Thompson, James Crumley, Joe R. Lansdale, among others), but at the same time I read so many European authors and literature (Friedrich Schiller, Wolfgang Goethe, Robert Louis Stevenson, Emilio Salgari), I love Italian red wine like Raboso or Grinton and I love my land that is Veneto in the Northeast of Italy. I’m so lucky to grow up in this area in towns like Padova, Venezia, Verona – so full of arts and beauty, I must confess that it’s an amazing place and for that reason I love to write about my land in my novels.

Your novel, The Ballad of Mila, is due to be published in March by Exhibit A. How would you introduce the novel to a new reader? Is it part of a series?

Yes it is, it’s the first novel in an on-going series, Exhibit A has already bought English rights of the second one, and I’m writing the third exactly NOW. Well, The Ballad of Mila is a kind of “Revenge Movie”: it’s a story about vengeance and blood and you have this amazing woman with long red dreadlocks who is able to face and defeat every kind of man because she was a victim, and now she is a predator and a merciless one. But you have also the Chinese mafia, the Venetian territory, you have non-stop action and torment and rage and hatred and, in the middle of a battle between two different gangs – like in Sergio Leone’s For a Fistful of Dollars – you have Mila, a woman who is also damaged goods and who can’t accept herself for what she became. So Mila is a killer, but at the same time she is broken, in some way she’s a kind of mixture between Luc Besson’s La Femme Nikita and Garth Ennis’s Punisher… 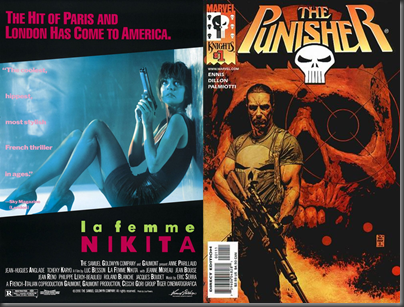 Well, since I was five years old I started reading, and now here we are. I remember that my Mom used to read to me epic poems like Homer’s Iliad and Odyssey. I loved those stories, about heroes and battles and fighting, so this was how everything started. 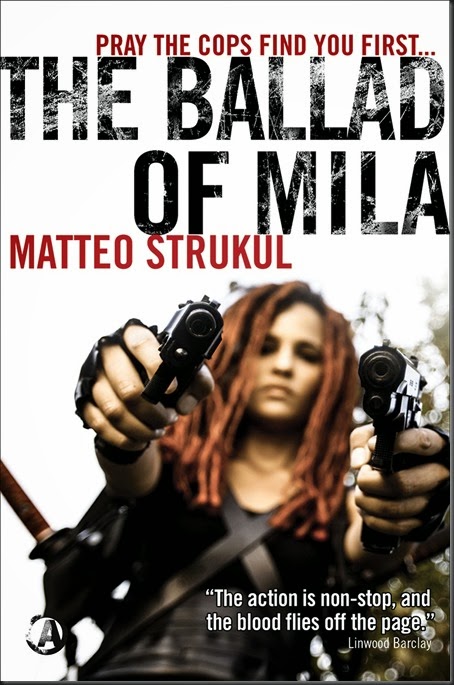 Well I worked for some years as press agent for an Italian independent publisher: Meridiano Zero. I organized press campaigns for authors like David Peace, James Lee Burke, Derek Raymond and I met Victor Gischler in 2008 in Courmayeur at the Noir Festival, I was his press agent because Meridiano Zero published in that year Gun Monkeys in Italy. It was great and we had so much fun. So, of course this fact doesn’t mean that I was an author in those years but means, without any doubt, that I had a strong background.

Then I founded Sugarpulp, a literary movement focused on pulp-crime fiction and was and am line editor for a crime fiction imprint called Revolver that published authors like Allan Guthrie, Ray Banks, Brian McGilloway, Derek Nikitas among others. At the same time I work as author, my new book will be published by Mondadori in Italy next April and will be a Gaslight Mistery set in Padova and Venezia in 1888 AD. It’s a story about an alienist and a serial killer strongly influenced by Caleb Carr, ALan Moore and Dan Simmons stuff. About writing what can I say? I love my life as writer and editor and comic book screenwriter, you know, I’m free and do what I want. Like Jagger said, “Ha, Ha so I’m a lucky guy, probably the luckiest one in the entire world.” For my last book – The Gaslight Mistery that I mentioned before – well I researched so much because I needed to study the Venetian area of the 19th Century. It was a great challenge. For Mila’s novels, I don’t research so much, but I watch so many movies and TV shows, and I mixed all those things and sequences and feelings, and after that I have a new story. I don’t know how it works, but it’s impossible for me to do a synopsis and those kind of stuff, you know, especially because Mila needs to decide everything and I just have to listen to her and write. Ha Ha.

I realized that I wanted to be an author when I was a child. I remember that I wanted to be a rockstar or a pulp-crime writer. It was cool, I remember that I formed a rock ’n’ roll band with my brother. We played rock ’n’ roll stuff, gigs in coffee-bars or small clubs. But it was hard to earn money and fame, so I decided to write my own stories. I started with nonfiction and penned two nonfiction books about two Italian songwriters and I wrote for years as a rock ’n’ roll journalist. I interviewed cool guys like Black Crowes guitarist Marc Ford, Jethro Tull’s Ian Anderson, Zucchero, Dave Matthews, Ryan Bingham, Joss Stone, among others. But, if I must be honest the best interview that I ever done was with Willy De Ville. We spoke together for one hour, he was so cool and generous and he was an amazing and great person and a so talented artist and I remember that after some months or something like that he died. It was shocking and brutal, I remember I wrote a six-page article for a very important Italian rock magazine. It was sad and bitter, but at the end I was so happy to have done something for him, nothing so important but a kind of way to testify all my love for his music and art. In my opinion he was probably the most talented and wonderful singer of the last 30 years.

Well, I love crime and pulp fiction and I think that a pulp-crime author would be able to be popular if will be able to offer amusement and amazing but low-cost stories. And literature, in my opinion, is real literature, if it could be popular and mass market distributed. Professors and Academics and Intellectuals are so boring and selfish and in fact they use literature like a weapon to divide and create differences between high culture and low culture, between upper and middle class and common people. Fuck them all! Man, it’s a shame. I want to be a honest pulp writer and create good and strong characters. For example, recently I read Chuck Wendig’s Miriam Black's three books series: Blackbirds, Mockingbirds and The Cormorant... well it was a real roller-coaster, I loved that series. Chuck is a wonderful author, and is able to mix pulp, horror, urban fantasy, crime fiction… He is a badass wizard. At the same time, I think that I wanna try to write some historical novel, especially a big story that I have in my mind about The Northern Crusades with kings, knights, witches, female warriors, wild tribes, castles, snow and tortures, I think could be a very interesting setting. 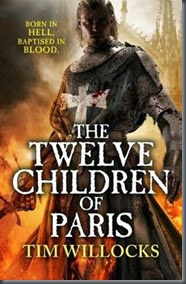 As I said, my new Gaslamp Mistery novel for Mondadori, I’m writing also the third Mila Zago novel and a double book story about Teutonic Knights, and I’m writing a graphic novel, drawn by an amazing Italian artist, Filippo Vanzo. I’m also writing the second ebook novella together with Marco Piva Dittrich for my on-going series about Skuld, a she-werewolf who’s fighting the Nazis during the WWII and I’m editing Tim Willocks’s The Twelve Children of Paris for an Italian publisher. I have many other projects in the pipeline, including comic-books and… movies… but I must keep my mouth closed and, much important, keep my fingers crossed. 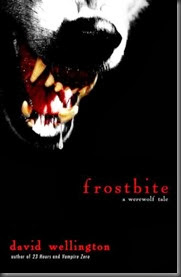 Probably that I love Ice Hockey, I’m a big fan of Asiago Hockey 1935, my favorite Italian team. Ice Hockey is quite popular in the North East of Italy. Maybe the reason why I love so much this sport is because when I was a child, I lived for two years in Canada: Vancouver, British Columbia. I remember when I watched Vancouver Canucks on TV with my father, so maybe that’s the reason why I love ice hockey so much. I am also a big Philadelphia Flyers and Montreal Canadiens fan. Ice hockey has an important role in Mila’s novels, ha ha. I’m not kidding…

Well, I’m very curious to see if Mila could break English and American readers’ hearts. I hope they would be so generous and kind to give Mila a chance. So thank you so much, Stefan, for what you have already done for her… and me.

Be sure to follow Matteo Strukul on Twitter, and check out his website for more information on his writing and projects. The Ballad of Mila is published by Exhibit A in March 2014 (UK & US). Here’s the synopsis:

Imagine Elmore Leonard behind the wheel of a car in Grand Theft Auto, as one Italian woman sets out to cut the mafia down to size – one limb at a time…

Two perfectly matched gangs are fighting for control of the north-east Italian region of Venetia. But a formidable young woman with vengeance on her mind has plans to upset the balance. Abandoned by her mother and violated by a gang of criminals just after they slaughtered her father, Mila Zago is a cold-blooded killer, a deadly assassin. Brought up by her grandfather on the Sette Comuni plateau under a rigid martial code, she returns home to seek her revenge, conspiring to create a spectacular showdown reminiscent of A Fistful of Dollars.

The Ballad of Mila is the first novel in an ongoing series focused on the formidable female Italian bounty hunter Mila Zago, a.k.a. Red Dread.