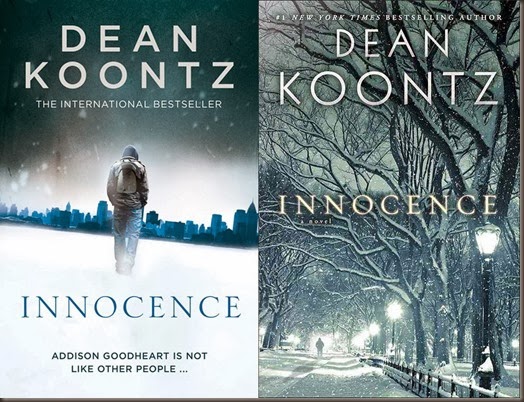 Dean Koontz is an author who I have been familiar with for years (it’s hard to miss his novels in the SFF and Crime sections of any bookstore in – at least – the English-speaking world). And yet, I have never read anything by him. I think this novel, though, could change that. It sounds great. And, I’ll admit, the UK cover caught my eye – well played, Harper Collins Design Team. Well played. Then I saw the US cover (on the right), and I was even more smitten. Here’s the synopsis:

Addison Goodheart lives in solitude beneath the city, an exile from a society which will destroy him if he is ever seen.

Books are his refuge and his escape: he embraces the riches they have to offer. By night he leaves his hidden chambers and, through a network of storm drains and service tunnels, makes his way into the central library.

And that is where he meets Gwyneth, who, like Addison, also hides her true appearance and struggles to trust anyone.

But the bond between them runs deeper than the tragedies that have scarred their lives. Something more than chance − and nothing less than destiny − has brought them together in a world whose hour of reckoning is fast approaching. 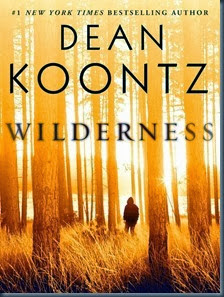 In the meantime – and, if like me, you’ve never read anything by Koontz – the author has written a prequel novella! It’s called The Wilderness, and is published on October 29th 2013 in both the UK and US. Here’s the synopsis for the novella:

Addison Goodheart is a mystery even to himself. He was born in an isolated home surrounded by a deep forest, never known to his father, kept secret from everyone but his mother, who barely accepts him. She is haunted by private demons and keeps many secrets—none of which she dreads more than the young son who adores her.

Only in the woods, among the wildlife, is Addison truly welcome. Only there can he be at peace. Until the day he first knows terror, the day when his life changes radically and forever...