I’ve been aware of Tanya Huff’s writing for a long time – her novels have been mentioned on so many of the US-based book blogs that I read. I also consider he agent a friend. And, of course, I know of the TV show, Blood Ties, that was inspired by her Urban Fantasy series of the same name (sometimes called the Victoria Nelson Series, after the protagonist). I have, however, never read a single one of her novels… This year, Titan Books will be publishing two of her novels, which should help me remedy this oversight – and very soon. Here are the details… 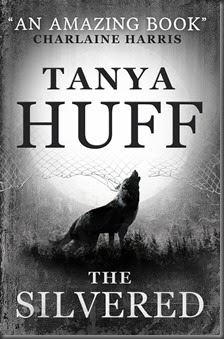 The Empire has declared war on the small, were-ruled kingdom of Aydori, capturing five women of the Mage-Pack, including the wife of the were Pack-leader. With the Pack off defending the border, it falls to Mirian Maylin and Tomas Hagen — she a low-level mage, he younger brother to the Pack-leader — to save them. Together the two set out on the kidnappers’ trail, racing into the heart of enemy territory. But with every step the odds against their survival, let alone their success, grow steeper...

This sounds like a pretty interesting fantasy novel. Maybe a little steampunk-y, given the US cover? Regardless, I’m certainly intrigued. The Silvered is already available in the US, published by DAW Books. 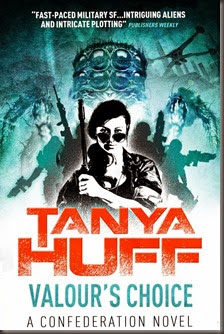 This is the first novel in Huff’s Confederation series. I believe Titan will be re-issuing all of the books in this series, although I’m not sure of the timetable. The rest of the series: The Better Part of Valour, The Heart of Valour, Valour’s Trial, and The Truth of Valour. [In the British spelling, of course…] The Confederation series is also published in the US by DAW Books (first published in 2000).

Neither of these UK editions have a Goodreads listing, yet, but I’m sure that’ll be fixed in the near future. I’m really looking forward to both of them. Be sure to follow the author on Twitter, for more up-to-date news and all the usual stuff one finds on Twitter.

Posted by Civilian Reader at 4:30 PM