As many of you will know, I’m a big fan of many Boom Studios series. In this review, I bring you four of their best: Extermination (#3), Higher Earth (#4), Hypernaturals (#3), and the final issue of Valen the Outcast (#8). 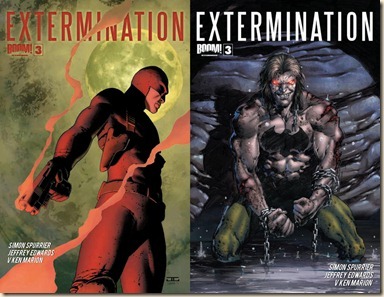 In the wake of an apocalyptic alien invasion, the world’s greatest super-heroes and deadliest super-villains must form an alliance to prevent their own extermination. After saving the Promethean from the horrors of an EDDA survivor camp, Nox invites his old ally to join the resistance. But as the quest to find Absolute continues, Red Reaper finds that the crippled Promethean would be more useful dead than alive…

As seems to be the norm with third issues, this one offers readers a wealth of backstory and exposition. In true Spurrier-style, it’s pretty twisted and often messed up. Nox, Reaper and Promethean are heading to Louisiana, hoping to save the life of the greatest “Cape” (super-hero) of all.

There are three artists working on this issue, and they do a good job of keeping the style pretty uniform, and there were no moments that felt like a jarring switch in approach. Quite nicely done. 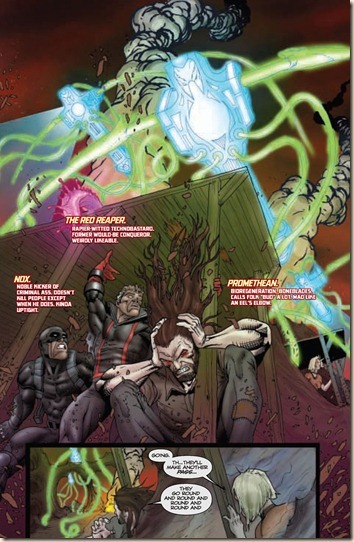 For those missing Mark Waid’s Irredeemable and Incorruptible, then Extermination should fill the gap left by those super-“hero” stories. It’s quite different, but there’s an undeniable super-heroes-behaving-badly element to the story, but mixed with a post-apocalyptic world. I really like this. I’m not sure what that says about me as a person, but this is pretty cool. 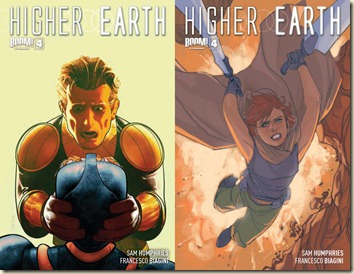 With so many planets under the Higher Earth’s rule, Heidi and Rex are shocked to find one alternate earth that still knows how to fight back! Heidi continues to train and soon discovers that not everything is what it seems, and must soon decide which side she’s really on!

Context! Lots and lots of context! This is a great issue, as Humphries and Co., finally give us a ton of information on the overall story, with some nice hints to past events and things still to come. Humphries has a particular gift and love for cliff-hanger issue endings, and this issue’s was no exception. Things are going to start getting… interesting for our heroes. 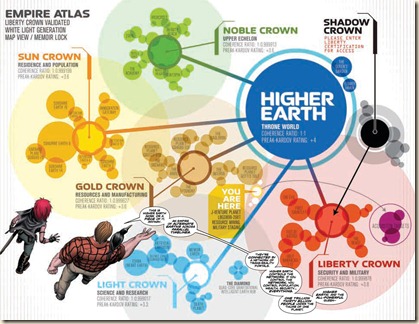 The series is really starting to grow on me, and it’s very nicely put together. The artwork is really strong, the pacing pretty great.

If you’re after some dimension-hopping sci-fi comics, then this series is a great place to start. Definitely recommended. 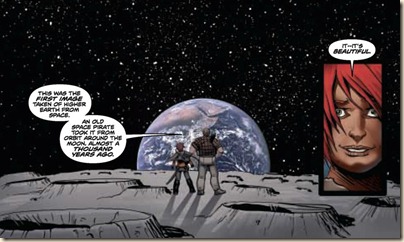 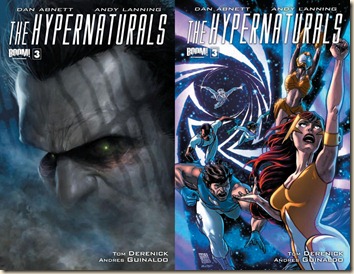 Dan Abnett and Andy Lanning finish the first arc of their cosmic superhero masterpiece in the making and will have you begging for more! It’s the return of Prismatica as she rejoins the Hypernaturals and faces her greatest fear: the man who killed her husband and the most diabolical supervillain the Quantinuum has ever known…Sublime.

This is a good issue. Better than the last one, as we start to see things coming together. There are two main storylines – Thinkwell, Bewilder and Prismatica are investigating the devastating events of the first issue, and come face-to-face with a pretty interesting badguy – I like how he’s been designed, too. He’s a Hannibal-Lecter-style psychopath, only with super-powers. The Silence of the Lambs connection doesn’t stop there, as he’s currently in super-super-max prison built specially for him.

The other storyline is back on the main world, as two new recruits for the Hypernaturals come to terms with one of their decisions to go AWOL. This part of the Hypernaturals story doesn’t exactly move on very far, but it was nice to get a little bit more on their characters. 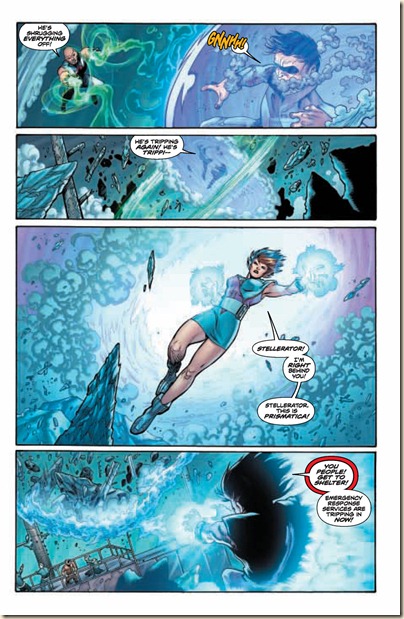 I’m certainly interested in seeing how this develops over the next few issues. It could end up being really interesting and original. Here’s hoping! 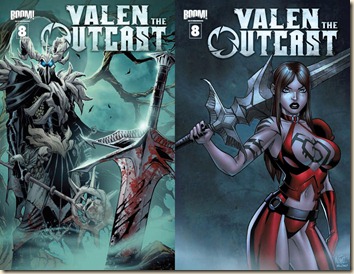 FINAL ISSUE! All great journeys must come to an end…The assault on Wraithendal continues as Valen Brand’s quest to reclaim his stolen soul from the necromancer Korrus Null reaches its shocking conclusion.

What to write about the final chapter of this fantasy epic? Well, it’s pretty eventful – things move very fast (not always a good thing), and we get the huge confrontation between Korrus Null and Valen, as everything comes to a head. It’s a pretty good ending. Slightly sad (I think a couple of events would have had more punch if we’d been able to get to know a couple of characters a little longer).

Overall, this is a pretty good story. If you’re after a fantasy comic that is (now) complete, then Valen the Outcast is definitely recommended for you. I enjoyed the series a lot, and I look forward to getting my hands on the collected TPB, so I can give it another run-through in its completed format.