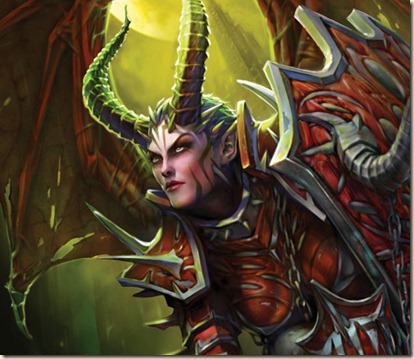 Sarah Cawkwell is one of Black Library’s new stable of writers, and one with a penchant for writing great stories about the most Chaotic of characters. With a few short stories and a couple of very-well-received novels (The Gildar Rift and Valkia the Bloody) now under her belt for Black Library, I thought it was high-time I pestered her with some questions about her writing and future plans…

Your latest novel, Valkia the Bloody, has just been released. How would you introduce it to a new reader? 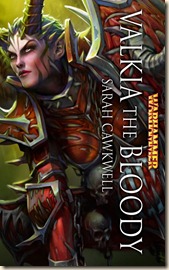 Valkia the Bloody is set in the Warhammer Fantasy world and is what has been described as a “gore-drenched march” through the life of a barbarian warrior queen who leads her tribe to greatness, and is ultimately rewarded with the dark curse of immortality.

Granted the blessing and patronage of the blood god Khorne, Valkia’s deeds become legend and her name becomes a whispered horror, synonymous with death and destruction throughout the Old World.

Where did the inspiration for the story come from? What is it about Chaotic characters that is so appealing to read and write about? 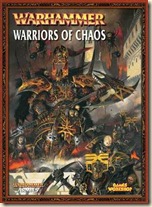 The inspiration itself came from the character’s description in the Warriors of Chaos codex. In particular, the brief segment that notes Valkia’s epic duel with Locephax, a daemon prince of Slaanesh caught my eye.

Further inspiration came simply from the countless fantasy epics I’ve read in my time. There is something very appealing about taking an inherently “evil” character and making them sympathetic. I’m not aiming for likable with Valkia – because none of the characters are particularly endearing, so there is a real challenge in giving them flesh and form rather than just going down the twirly moustaches villain route.

Everywhere. I kid you not; I’ve even noted down place names as I’ve seen them in case they might be useful later. For a writer, there is inspiration in just about everything if you look; other literature, art, museums, the people around you… I love spending a bit of time in the local Games Workshop watching people play games – there’s an incredible amount of inspiration to be drawn from that.

My mother was an avid science fiction and fantasy reader and so I remember many Asimov books lying around the house whilst growing up. It was therefore only natural that my own tastes went down that route. I devoured all the fantasy and sci-fi classics at an early age. Steampunk and urban fantasy are newer additions to the genre and I adore both of those – urban fantasy particularly. Jim Butcher’s Dresden Files rate amongst my favourite books of all time.

I love being a writer. Even if I were not published, I’d still be writing. Actually being a part of the publishing industry can frequently be mind-blowing. It’s like… living out of time. Hard to explain what I mean, but because of the way publishing works, you can finish a manuscript and then not see it as a physical product until maybe a year later, by which time you exclaim “blimey, I’d forgotten that!” because you’re onto something entirely different.

As for specific practises… when working on a project, I set myself a minimum daily word count target as well as monthly goals. I find it easier to set small nibble-goals than great big mouthfuls. I always write with music playing; specifically I log onto Streaming Soundtracks, who play nothing but film and game music. I don’t have a very large house, so I don’t have a room to myself, which can occasionally be frustrating, but I do have headphones.

Whilst writing, I have on-screen Post-it notes all over the desktop detailing who’s still alive, who’s where, etc. I have a whiteboard for scribbling critical information (and for playing noughts and crosses at a push) and above all else, if the writing isn’t flowing, I never ever force it. 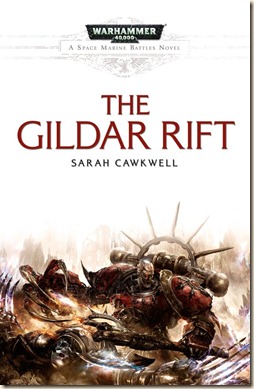 At the age of five, when we had to write a story about our favourite Mr. Man carrying out an activity. I remember quite clearly writing an incredibly silly story about Mr. Happy growing a tree in his back garden and his impatience that it didn’t grow overnight. There’s probably some deep psychology in there. But even more clearly was the laughter of my teacher and the feeling that I wrote something that caused that reaction. At school, my teachers were forever encouraging me to write more stories. I have also written my share of fan-fiction in the past, and also my favourite: online roleplaying in shared universes. I look back at everything I’ve written with great fondness; it’s like every step on the trail. I’d curl up and die horribly if I read some of the earlier stuff now, because you never stop learning.

I love that the genre has deepened and become more rich with the addition of things such as steampunk and urban fantasy. I think that fantasy in particularly is seeing something of an upsurge in interest due to the success of TV adaptations such as Game of Thrones and that’s no bad thing. Obviously my Warhammer/W40K work fits into the tie-in range, but I have had a go at turning my hand to different things as  well. 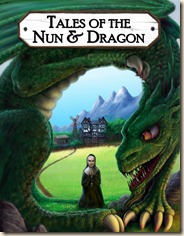 I have a few things for Black Library sitting waiting for my attention. I have just finished writing a short story called “The Ballad of Gilrain” for an eBook anthology due out later this year called Tales from the Nun and Dragon [published in August by Fox Spirit], in which we see a rather unlikely situation arise with a dragon who just won’t stay dead. It isn’t, as you may guess from that summary, an entirely serious story. I deliberately chose humour after writing so much grim-dark! The anthology contains a number of other genre authors and has a vast mix of stories from the creepy to the ridiculous and is shaping up to be a lot of fun. Keep an eye out for that one!

I’ve also written a couple of other short stories for non-BL publications and on top of this, I have some of my own original fiction projects waiting to get some love and attention; one is a steampunk story, the other two would both fit nicely into urban fantasy. 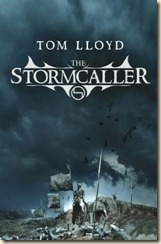 I’m currently reading The Stormcaller by Tom Lloyd. It’s pretty gritty, epic fantasy and I’m enjoying it enormously. I’ve also been reading a few non-fiction books relating to native American spirit totems and tribal medicinal practises as part of research for One of the Above.

My life is periodically so surreal that you couldn’t script it. Just as an example, I had to call the AA [the Automobile Association] out once. Because my car was grounded on a hay bale.

The Black Library Weekender! This event is shaping up to be a blast.

Posted by Civilian Reader at 6:31 AM